The Expert is once again at the heart of industrial innovation 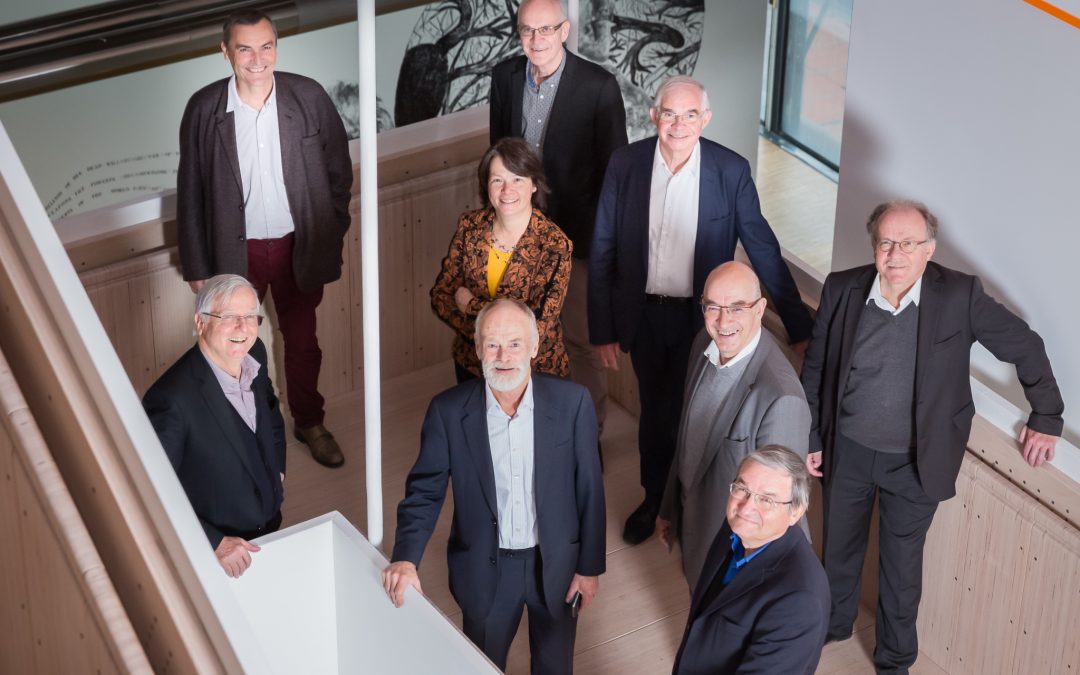 For ten years now, Presans has been an actor, but also a privileged observer in a constantly changing world: that of industrial innovation. In 2020, industrial innovation strategies will increasingly rely on R&D and scientific and technological expertise. But this has not always been the case, especially at the beginning of the decade, which is dominated by the heroic figure of the entrepreneur1. However, during this same period, the scientific and technological expert does not disappear. His strong comeback was already taking shape at the turn of the middle of the decade.

Early 2010: the entrepreneur as a hero of innovation

The world of industrial innovation in the early 2010’s is marked by the success of the concept of open innovation, in which the figure of the entrepreneur plays an inescapable role. To show this, we need only look at a well-known story in the world of innovation, which Henry Chesbrough, the main promoter of open innovation, takes as the starting point for his analysis. This story is that of the Xerox research centre in Palo Alto, which was set up in 1970 when the xerocopy patent expired and new competition from Japan arrived.

Numerous technologies were invented in this R&D center, of which Xerox finally only uses the laser photocopier. Among the inventions turned into innovations by players other than Xerox: the graphical user interface for computers. We have already mentioned on open-organization the story of its appropriation first by Steve Jobs, then by Bill Gates: two illustrious entrepreneurs. The graphical interface, which does not fit into the Xerox business model, becomes a killer app for the new product that is then the personal computer2.

The entrepreneurial generation and open innovation are an indispensable asset of this period, even beyond the question of innovation: it’s the whole meaning of the entrepreneurial spirit. But innovation remains the heart of the matter. Open innovation, with its entrepreneurial dimension, makes a very welcome contribution to it for all those seeking to better value and manage the support function that is R&D. At the beginning of 2010 in the world of industry, there are many of them.

One of the enduring factors motivating the quest for R&D rationalization is the change of era that occurred in the early 1970s, which we have discussed in open-organization.com on several occasions. The idea is simple: the slightest inter-state rivalry leads to a redefinition and reduction of R&D budgets. To put it another way: strictly economic industrial competition does not operate with unlimited resources.

The idea can be further refined by distinguishing, in the manner of Albert Meige, between the creation of new technological bricks and the combination of these bricks in new products. The combination of bricks is largely the result of the initiative of entrepreneurs, acting within innovation ecosystems. The creation of bricks, on the other hand, requires scientific and technological experts at an early stage.

In the early 2010’s, industrial innovation strategies tend to rely heavily on the combination of pre-existing technological bricks. The financial crisis of 2008 is not far away. As Albert Meige notes, it is a period during which the title of Director of Innovation is often preferred in organizational charts to that of Director of R&D. Towards the middle of 2010, things change: both in terms of industrial companies and inter-state rivalries. Technological innovation is once again becoming a central issue.

Late 2010: the scientific and industrial expert makes a strong comeback

The notion of open innovation covers a wide range of realities, depending on the context. However, the organizational aspect is crucial. It is striking to note that in terms of scientific and technical expertise, some major military R&D programmes of the Cold War era were pioneering many aspects of open organisation. In the case of Presans, the open organization consists of injecting scientific and technological expertise into industrial R&D projects. And what appears, seen from our window on the world of industry, is that the need for scientific and technological expertise, which has obviously never disappeared3, is clearly increasing towards the end of the decade. Industrial innovation strategies are now increasingly based on projects to develop new technological building blocks.

Scientific and technological experts are regaining their rightful place in innovation. They too are heroes of exploration4… and more than ever, it is essential to know how to take advantage of their potential.

Conclusion: openness as a multiplier of expert impact

We have seen how the previous decade imposed the gains of entrepreneurship and open innovation. But these dimensions are not enough: companies must also make room for the scientific and technological expert. Misunderstandings abound in this area.

It is in order to help dispel these misunderstandings, and based on the experience accumulated in ten years of mobilising experts on demand for industrial R&D projects, that Presans will soon publish its new white paper: Experts create problems. Companies will be able to discover:

Organizations are opening up to go faster, it has often been said on open-organization.com. Opening up and intensifying the race for talent multiplies the impact of experts. This new Presans whitepaper will give companies the keys to put openness to experts at the service of their innovation capabilities.