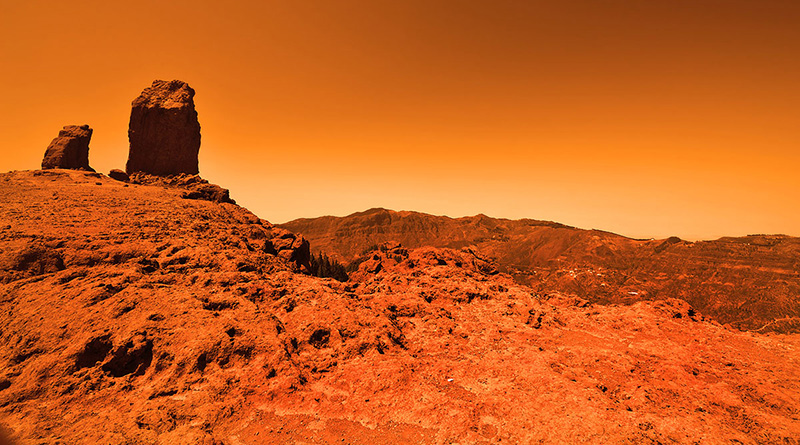 Up to the early 1970s, our vision of the future was optimistic. Mankind, divided into two rival neo-European empires, was on track to build the titanic extension into space of its terrestrial habitat. A precursor to Musk.

This configuration proved unstable in the sense defined by David Cosandey in his brilliant book on the rise of the West. The fact that there was not enough room on Earth to wage wars with intercontinental missiles took the intensity level of the rivalry several notches down. Then, one of the rivals proved unable to match the other empire’s feat of landing a manned spacecraft on the moon. The contest was over: going on had become pointless. The techno-scientific momentum carrying the agenda of space conquest subsequently dwindled. Other political priorities diverted resources away from the shrinking space agencies. A new, distinctly un-Faustian generation took over, solidifying this alteration of the course of technological development.

As seen two streets away from our office.

In 2005, analyst Jonathan Huebner took the position that the future would soon become devoid of substantial innovations or discoveries. And in 2010, Peter Thiel famously noted that “We wanted flying cars, instead we got 140 characters.” He also noted that an undercurrent of nostalgia for the previous era of technological optimism was becoming observable on a superficial level: hipsters reveled in “faux vintage photography, the handlebar mustache, and vinyl record players.”

But luckily for Thiel, not everyone seems to have gotten the memo that the age of space titans was over.

In P. Thiel’s book, Musk is depicted wearing an “Occupy Mars” T-shirt. From this we may infer two things: (1) Musk wears t-shirts (2) Musk wants to go live on Mars.

Because Elon Musk is a complex subject matter, we plan to return to (1) in a future post. For the moment, we intend to direct our focus solely on (2).

Going to live on Mars is a 0 to 1 type of thing (i.e. it would be a breakthrough innovation of epic proportions). But it is also a personal skin in the game type of thing. Musk doesn’t just want to send other people on Mars. He wants to go live there himself. To a high degree, Musk’s life, method and vision result from and express the combination of these two aspects.

America inherits the Western spirit of exploration and conquest that started with the Vikings, then continued with the Crusades, Christopher Columbus, the great explorers, and the advance of pioneers across America and Siberia. Now that the surface of the Earth has been explored, the cosmos presents itself as a new frontier.

In addition, civilizations come in cycles: the window of opportunity to reach for the stars won’t remain open indefinitely.

Sending humans to live on Mars is a logical step to make our species interplanetary and increase its chances of survival. This is, in essence, Musk’s answer to the Sinekian ‘Why?’ question.

Breakthrough innovation does not come from following conventions. Kevin Watson characterized Musk’s way of thinking in the following manner: “He wants answers that get down to the fundamental laws of physics.”

This way of thinking is also a way of leading. Musk is the general of an army composed of thousands of engineers that have to live up to this principle. He is as fond of Alexander the Great as he is of Benjamin Franklin or Thomas Edison.

When the rules impede progress, then you have to fight the rules. Musk is not big on process. Naturally, that is also a weakness.

The machines that come out of the Tesla and SpaceX factories have, to a large extent, all been internally designed from scratch, as well as produced from raw materials, as opposed to resulting from the assembly of components designed and manufactured elsewhere. Engineers and workers share the same workspace.

The business model of these companies is to capture market share through breakthrough innovation and beautiful, attractive designs. Tesla cars aim to be the best cars, period, starting with the luxury sports cars segment, then expanding into the broader market. SpaceX rockets aim to be the most cost-efficient and reliable.

As noted by Ashlee Vance: “Each one of [Musk’s] businesses is interconnected in the short term and in the long term.”

The content of Musk’s vision come from the fact that he is a complete nerd, both an avid reader of books and a gamer. Were he just that, his ventures wouldn’t exist.

Both Tesla and SpaceX were high-risk ventures on which Elon Musk went all-in. Both companies came close to running out of money in their initial product development phases. Elon Musk maintained his focus and never wavered in his determination. Not quitting, not giving up, not getting distracted, keeping a clear head under stress are characteristic virtuous traits of Musk.

Earlier in his startup career, he had expressed affinity for the samurai warrior spirit. This translated into a fierce, unrelenting work ethic.

At this point, he accepted the full implications of his answer to the “Why?” question. He decided to commit his energy to the conquest of Mars.

Elon Musk has become a celebrity, on par with Steve Jobs in Silicon Valley circles. Fans as well as critics scrutinize his decisions and the performance of his businesses. The first seek to validate their hero-worship. The second group awaits Musk’s downfall. As René Girard would have noted, a king can rapidly turn into a scapegoat.

Can all of this impact a man who has found and stoically accepted his mission and his fate in life? When reading about the latest crisis befalling Tesla or SpaceX, it could pay off to remember chances are Musk has already seen and dealt with far worse in the past. It is no accident that people like Jean Botti pay attention to Musk. Whatever happens, the founder of SpaceX has already proven it is possible to take the game-changer mindset to a whole new scale.

To some extent, Cosandey predicted the ascendancy of Elon Musk:

“A superficial space conquest might eventually be undertaken in the future: all that is needed for this to happen is for a new set of wealthy, stable and rival great powers to emerge. In fact it seems the lightning fast economic ascension of China will lead to this outcome. This country could reboot the competition with the USA, which the Russians had given up. In the coming millennia, other state systems could emerge. Manned moon flights could perfectly well resume. One could even imagine the establishment of inhabited permanent bases on the Moon or on Mars.”

Main sources used for this article:

Elon Musk: Tesla, SpaceX, and the Quest for a Fantastic Future by Ashlee Vance

Zero to One: Notes on Start Ups, or How to Build the Future Peter Thiel, Blake Masters