Current Challenges of Defense Innovation in France and Europe 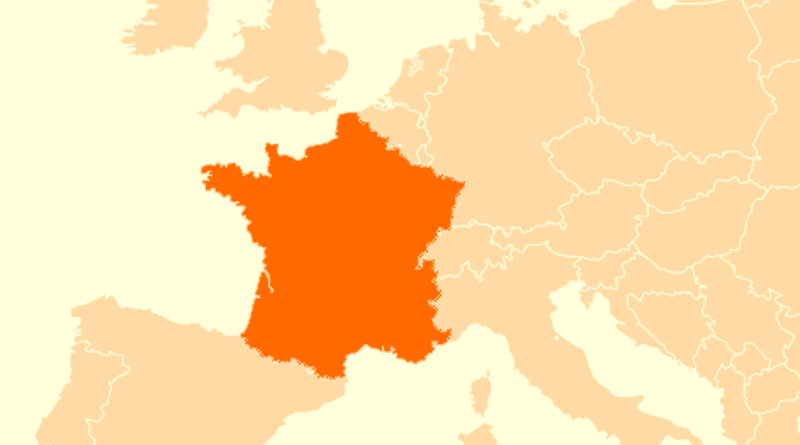 The past few years have seen a new global configuration emerge, starting somewhere around 2014. Russia is back. China is gaining strength. The intensity of the rivalry between great powers on the increase, with an impact on military R&D efforts.

The American DARPA has been since its creation in 1958 an open organization at the origin of many technological advances. The Russians have also created a DARPA-like organization, as well as China … and now France.

Let us examine to what extent this new situation places Europe at a turning point.

Let’s have a reconquest military budget for starters

As stated by the Director of the Defense Innovation Agency, Emmanuel Chiva at DYSTOPIA 2019, the Military Programming Act for 2019-2025 defines a budget of reconquest and recovery. It reflects the desire of France to maintain its global rank in a context of growing instability within the international environment and of new challenges.

This reconquest involves different levels: renewing operational capabilities, increasing capabilities in fluid spaces (space and cyberspace), and finally facing new challenges by investing in innovation. The Government Defense Innovation Agency orients, coordinates and leads the innovation efforts carried out by a system of actors that includes the Army, public research institutions, as well as for-profit companies, in the field of Defense and outside. A super agency or agency of the agencies, similar in this way to its DARPA model.

A vision that articulate two levels of innovation

The two main operational divisions of the Defense Innovation Agency are the Strategy and Defense Technologies cluster, and the Open Innovation cluster. They correspond to the distinction between planned innovation and emerging innovation. On the one hand, large equipment programs over long time horizons. On the other, the integration and rapid adaptation of technologies and products originating from the civilian sector.

Major programs are pure weapons programs that may be entirely devoid of civilian applications. A good example of strictly military technology is radar stealth. By their very nature, such programs tend to secrecy, though secrecy should not be confused with closedness.

Such programs can also be the source of fundamental technological or scientific discoveries, able to provide platform sustaining entire ecosystems of varied applications. A famous example of this is the Internet, which traces its origin back to an ARPA (DARPA ancestor) project.

Open innovation aims to divert existing civilian technologies to military uses, whether to provide rapid responses to needs expressed at the operational level, or to provide solutions within the framework of needs arising from major weapons programs. An open innovation strategy is an adaptation to a world in which access to technology is becoming more democratic, a point made by Emmanuel Chiva at DYSTOPIA 2019. “Acceleration of commoditization”, as identified in the book Innovation Intelligence, describes the same underlying reality. In such a world, a multiplicity of actors operates technological combinations using technological bricks created in the final analysis by former major R & D programs. Cédric Villani recently made a similar point:

“One can argue that depending on the time and the context, the most effective innovation model is more ecosystem-based vs more directed; in his fascinating book on Bell Labs, Jon Gerner analyzes the transition from the Bell Labs’ directed model to the ecosystemic model of the Silicon Valley. He argues that this involuntary passing of the torch is a transition to a new era, with a change of context and values. Today, history seems to be leaning more towards ecosystems; but we must not forget that radical breaks come more often from big research systems. In their competitive and inventive context, ecosystems are responsible for fine-tuning details, finding ways to put things into practice, and creating an interface with human society. ”

The cyclical image of the wave captures quite well the innovation process as a whole. The moment when the wave breaks is the widespread and disruptive adoption of technologies produced by a sustained R&D effort … the specificity of digital technology is, according to Albert Meige, that the wave moves at great speed.

Does this mean that new major defense-related basic research programs will soon emerge? The trajectory of recent Nobel Prize in physics Gérard Mourou suggests that this question leads to another one: that of the industrial scale and the level of organization of future major R & D programs.

France’s position in the European Union has been characterized as a combination of political-military bilateralism and diplomatic euro-lateralism. This composite posture can be interpreted as an implicit sovereignism, open to Europe, but for which structures such as the EU or NATO are above all multipliers of strategic autonomy.

We are today far away from having Europe of Defense:

It seems natural in these conditions to start something new from below to circumvent cumbersome bureaucratic procedures. Among the European coordination projects based on free initiative, JEDI aims at the creation of a European DARPA. André Loesekrug-Pietri came to present the vision of the project at DYSTOPIA 2019 (here is an interview with him in German), and to announce a first upcoming challenge on fake news, insofar as they constitute attacks on the sovereignty of the European democratic space.

Such an initiative works by design in a public and transparent way. This is an asset but also, inevitably, a defect when challenges are part of a logic of conflict where secrecy is paramount. To illustrate this point, recall what Emmanuel Chiva said about quantum radars during his DYSTOPIA 2019 talk, “the first who will acquire the technology will not only have a decisive advantage over his opponents but above all will not say it.” (Link)

Disruptive technologies and the role of the state

But there is one question that is probably even more decisive than that of the scale of organization, national or European: it is that of the determination of the technological agenda. In short: who sets, and how, the themes and priorities of military R&D?

This question raises further questions about the role of the state in the direct financing of defense innovation: what is the appropriate framework for the direct intervention of the state in the financing of defense R&D? The three player game of, as analyzed by William H. Janeway in his book Doing Capitalism in the Innovation Economy, may soon be restructured in favor of an increased role for the state. This very current debate will continue in the years to come.

In France, dirigisme has, of course, a long history, from Colbert to De Gaulle. The return to a new form of dirigisme relies today fundamentally on the argument that market players are not always adapted to the challenge of anticipating breaks over a long horizon. Faced with this type of challenge, the only major players would be those with the authority to set a mission.