Bill Gates, Hero of Capitalism and of Human Progress 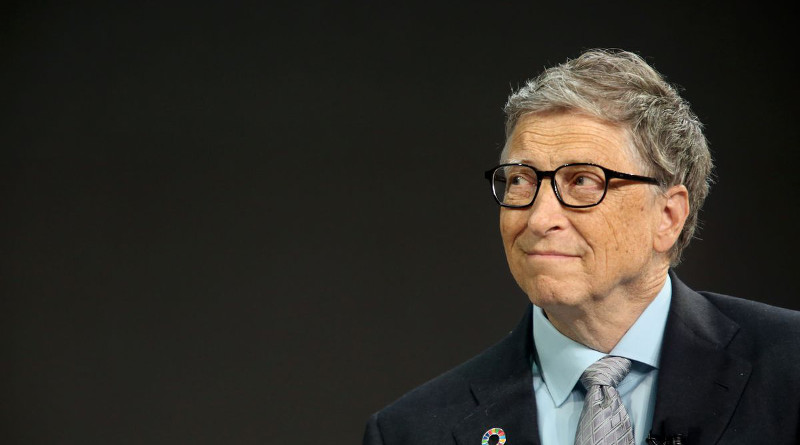 There are heroes in evil and in good.

If history is not reduced to the action of great men, it would be illusory to try to understand it without being interested in them. Presans Explore is interested in the heroes of disruption, as shown by the recent reorganization of our content categories. People like Elon Musk. Like Xavier Niel. Like Jeff Bezos.

Or like Bill Gates. What is the main theme of the career, still active, of this entrepreneur turned philanthropist?

The rivalry between Bill Gates and Steve Jobs during the 1980s and 1990s is legendary. On the one hand, a market strategy that from the beginning wanted to break with the spirit of sharing of the hacker community. On the other, the charisma and collective fervor around a brand focused on creativity.

During the 1990s, the overwhelming dominance of Microsoft’s operating system sent Apple close to bankruptcy. Bill Gates and Steve Jobs had nevertheless been close in the past.

In the early 1980s, Gates was busy designing the programming language for the Apple II. Microsoft had already created languages ​​for various startups that produced computers, but it did not bother Jobs to work with non-proprietary vendors. At the time it was Apple that was over thirty times bigger than Microsoft. The Mac, with its revolutionary graphical interface, was about to come out. Jobs wanted Gates to make Mac versions of Microsoft Office and Microsoft Excel. Gates accepted and was introduced to the Mac operating system. He became the friend and accomplice of Jobs.

But the Mac was slow to come out, IBM was getting ahead, and Gates now knew the technical secrets of the GUI. In 1984, the Mac would finally arrive, but the exclusive deal between Apple and Microsoft was about to expire. In November 1983, Gates announced that the Mac GUI would also be available on the new Microsoft operating system for IBM PC.

Jobs brought Gates to his headquarters and accused him of theft. The replica of Bill Gates is famous: “Steve, I think rather that we had a rich neighbor named Xerox, that I broke into his house to steal the TV, and that I discovered that you had already stolen. ”

The growing success of the World Wide Web in the mid-1990s led to a questioning of Microsoft’s business model. As everyone knows this model was essentially based on the dominant operating system ownership for PC. The explosion of the Internet led to the return of the hacker culture, in favor of openness and sharing.

Hackers were also the indirect beneficiaries of the efforts made by other actors, commercial and public, to counter Microsoft’s monopoly. For if Microsoft’s overwhelming dominance made Gates the world’s richest man on the planet, it also led the US government, as well as the European Commission, to sue Microsoft for monopoly and abuse of market power.

When he learned that Bill Gates would now devote himself to philanthropy, Steve Jobs said that this change of world was quite logical, since according to him Bill Gates “was not really creative to do his time”. The reality seems to be that the social recognition enjoyed by Bill Gates at the time was not up to his immense fortune. It is not surprising that Steve Jobs, accustomed to arouse the excitement of crowds, missed this motivation yet deeply human at Gates.

The other aspect that Steve Jobs does not seem to have perceived is that Bill Gates did not simply make a conversion to be a participant among others in philanthropy. In this area too, he rewrote the rules of the game.

Bill Gates’ decision to devote most of his fortune to improving the world has transformed the philanthropy sector in less than two decades. Unlike the philanthropists of the past, Gates mobilizes all his personal energy to lead and shape directly according to his ideas the philanthropic activities funded by his foundation. This approach was later adopted by other multibillionaires, such as Warren Buffett, George Soros, or Ted Turner.

Philanthropy is distinguished from charity by its ambition to act on the root causes of the problems it sets itself to solve. Bill Gates has also focused his efforts not on a criterion of proximity, as is the case for the benefactor of a city when it comes from, or for a philanthropist who would fund research around an illness which would concern him – but according to an impact criterion applied to the whole planet. True to the motto that “all lives have the same value”, the Bill and Melinda Gates Foundation has been focusing from the outset most of its efforts on reducing child mortality in Africa: “The unit of measurement of our success is the number of lives saved, the number of children who are not disabled by the disease. It is different from the number of units sold or the profit made. But it’s just as measurable and you can set an ambitious goal and evaluate how successful you are “(Bill Gates in an interview with Forbes).

According to Laurent Alexandre, Bill Gates is the greatest hero of the twenty-first century, having saved tens of millions of lives thanks to his foundation since 2000, and contributing to a future “explosion of IQ Africans” (The War of Intelligences).

Bill Gates is basically an optimist. His favorite book is Steven Pinker’s Enlightenment Now, which aims to demonstrate through fifteen statistics the reality of humanity’s progress. Another favorite author is Vaclav Smil, a leader in the field of energy history – a sector Bill Gates also helps fund innovation.

Speaking of the space conquest fashionable by Elon Musk and Jeff Bezos, Bill Gates said in 2013 that he did not perceive how this activity had anything to do with improving the state of humanity: ” I guess it’s fun to send rockets in the air, but this is not the area where I’ll put money. ”

Conclusion : the primacy of software

There is an obvious thread in Bill Gates’ career: success. But we also see a second one: the conviction that it is the software which must prevail, in computer science as in anthropology.

← Hero Question Quest | 1. Musil Are entrepreneurs explorers ? Or is it the other way around ? →