Air Liquide: The importance of the story to innovate 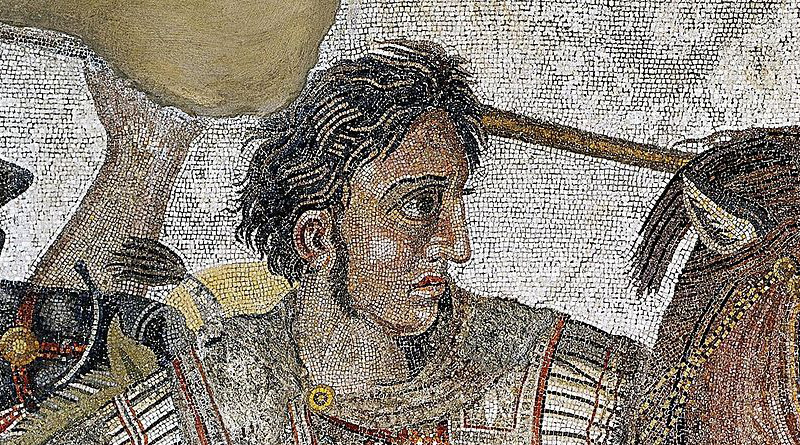 Today, I am at Air Liquide, and it starts strong: I am received by François Darchis, Senior Vice President, Innovation & Development and member of COMEX. He notices that on my business card, my title is “CEO and Enchanting”. It intrigues him. I explain some of the links between magic and innovation. It amuses him and he tells me that, yes, indeed, to innovate it is necessary to dream … So, how do we dream when, like Air Liquide, we are an international group specialized in industrial gases?

A long-time leader in its sector, Air Liquide is being overtaken by Linde, resulting from the merger of the German company Linde and the American company Praxair, hitherto respectively ranked fourth and second in the industrial gases sector. A few years ago, for my book Innovation Intelligence (2015), I realized a case study on Air Liquide because the company was then precursor: Air Liquide was one of the first industrial groups in France to set up an entity and a place dedicated to breaking innovation, the iLab, from 2014. Five years later, I wanted to have specific experience feedback. The reason for my meeting with François Darchis.

A geologist by training, François Darchis joined Air Liquide’s R&D in 1981. He is now Senior Vice President and member of the group’s executive committee since 2002. Faced with new challenges in the industrial gas sector, he underlines that Air Liquide intends to remain a leader in terms of influence, vision and innovation. Leadership is a big issue, but above all agility to innovate. Conversely, innovation is a driving force for the group.

A) Axes of innovation for Air Liquide

The areas of innovation for Air Liquide correspond to three major transitions: the energy transition, the transition to home health, the digital transition.

Air Liquide is a company whose product, that is to say, industrial gases such as nitrogen and oxygen, corresponds in value to energy (75%) and labor and capital (25%). %). This makes the subject of the energy transition an important subject, both for Air Liquide and for its customers. Indeed, behind the energy lie the notion of CO2 and accessibility to energy. Reducing energy consumption by inventing new solutions is a continuation of Air Liquide’s business.

The energy transition makes it possible to find new use cases for already invented technologies. Indeed, market demand is changing very rapidly. This trend is accompanied by a societal demand (for example the energy transition has gone from an epiphenomenon to a major subject in the media). Among the consequences, political incentives more and more motivating … and of course, a regulatory transformation. And these transformations are the source of innovation. Some technologies, invented by Air Liquide in the past, become relevant for achieving emission reduction goals. François Darchis cites, for example, the case of maritime transport (in particular that of natural gas): the ships no longer having to emit CO2 it is now recondensed thanks to a technology historically developed by Air Liquide for space applications.

Air Liquide’s goal is, therefore, to treat the energy transition both as a field of internal constraints and as a field of external opportunities. Through growth in this new market, the company hopes to help other industrial players make the transition.

b) The transition to home health

From Air Liquide’s point of view, the transition of a part of the care to the home began some 30 years ago. It is then a question of allowing the treatment by home oxygen therapy. Then comes the treatment of sleep apnea and diabetes. All this makes it possible to define a new field of opportunities: the therapeutic management of chronic pathologies at home, via technological objects and, above all, a significant service activity (to accompany and reassure patients and their families).

Air Liquide is ahead in these areas with respect to the digital industry and the device industry. These developments are part of the continuity of Air Liquide’s existing businesses.

The digital transition is the way out of a world of data compression. This change is a step forward as it allows for the processing of as much data as possible for a decision.

Its objective is to improve the operational excellence of companies and to make customer interaction more precise by reducing uncertainties, especially logistics.

In terms of design, its principle is to hide the complexity of things that do not matter to the user. In this sense, the digital accelerates the simplification of the apparent complexity.

Given the potential danger of new entrants of the Amazon type, François Darchis argues the relatively unstandardized nature of products and services related to industrial gases. He emphasizes that digital intermediation is all the more a risk that the products are standardized: it was the case of the book with Amazon at the beginning.

François Darchis notes that a particular case of data compression is a representative democracy. The emergence of Yellow Vests is in this sense linked to digital transformation.

B) How to innovate?

a) Develop your profession, rather than re-invent it

Air Liquide innovates but without breaking with its identity of the supplier of products and services related to industrial gases. No question of entering into a logic of total transformation: the business of the company remains that of providing “small essential molecules” to its customers, with an important capital base, continuously reinforced by the investment.

This is interesting because it contrasts with the point of view of many companies looking to rethink their profession – I often quote in my lectures the case of Pernod Ricard, which no longer sells spirits, but which “allows the friendliness. ”

Air Liquide has for several years been pursuing a policy of opening up its R&D.

For this reason, Air Liquide, a precursor in this field, created the iLab, dedicated to new business and breakthrough innovation – I mentioned it in my latest book. The i-Lab, as it was created five years ago, has served its purpose and provided lessons. The do-tank is notably being transformed into a village of startups. In hindsight, the iLab is now seen as the vehicle of acculturation to new ways of working.

In addition, Air Liquide has organized its research centers in the form of campus innovation (in Shanghai, Tokyo, Seoul, Frankfurt, Paris, and Newark (Delaware)). These research centers are connected to ecosystems, are open and located where they need to be, with a cross-over mix of Air Liquide members and external participants. It’s a way of focusing on research not on itself, but on what’s going on outside, which is reminiscent of my own business, Presans. Last autumn, I was invited to the inauguration of the center of the Parisian innovation campus at Les Loges en Josas: the opening is indeed in order!

c) Adopt a spirit of benevolence

Benevolence refers to openness, receptivity to unexpectedly shared ideas, breaks around the coffee machine, lobby discussions, and lunches. The processes must allow this mixing, spare spaces of spontaneity.

A spirit of benevolence and trust that is merited by the results, based on reason and not on passion.

The success is collective, the individual failure: the projects must be carried by several hubs.

To get to the point, François Darchis believes more in the narrative than in slides: a project must above all motivate the result it aims for, then detail the method to achieve the result.

The duration is what allows to articulate planned innovation and emergent innovation. The role of the innovation department is to drive innovation by promoting the combination of a multiplicity of factors at the right time, in the right place, with a good allocation of human and financial capital.
For this, the benevolence mentioned above is expressed primarily on the duration. This is the time that allows the R & D activity to fully express its impact on the activity.

The new use cases mentioned above are an example of this role of duration since they activate technological solutions that have been dormant until now. The portfolio of technologies available through the R & D effort is much larger than the number of applications embedded in a product, such as a museum that exposes only a fraction of its collection catalog.

The example of maritime transport and the reduction of CO2 emissions thanks to a technology derived from space mentioned above, is emblematic of this.

In the very long term, Air Liquide’s vision is an industrial civilization largely based on hydrogen, particularly for transport.

Conclusion: to innovate is to combine constraint and grace

As usual, I ask François Darchis about his heroes. He names three figures. The first is Alexander the Great, whose imperial impulse combines strength and carelessness, able to embark men with him without bothering with explanations. The second is Plato, for his philosophical vision. The third heroic figure is none other than Steve Jobs, a man who smelled, cried, could not buy furniture, sweated everyone, who floated a pirate flag … Elon Musk better! In any case, these are individuals who launch themselves casually … who does not succumb under the weight of processes, who manage to overcome the machine? Innovation requires this: to combine constraint and grace.