To succeed in batteries, aim further than electric vehicles!

In 2020, sales of electric (EV) and hybrid vehicles expanded sharply in Europe, at the same time as sales of internal combustion vehicles declined. The global battery market is also accelerating strongly, with new technologies in the pipeline and increased use of non-EV applications, particularly in large-scale stationary storage. Strikingly, a variety of sectors, not limited to the automotive sector, are taking a close interest in the production and applications of batteries throughout their life cycle. Under these conditions, do the technology roadmaps take into account the fact that the issue of batteries goes far beyond that of EVs?

To answer the question, let’s look at:

1. The systemic approach according to Tesla 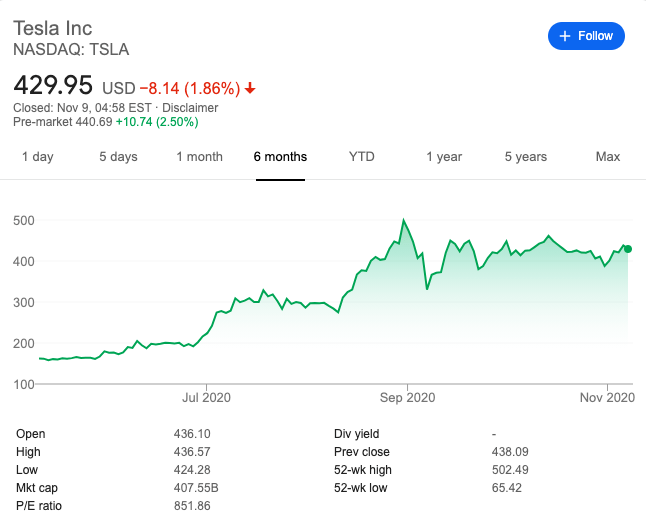 Let’s start with the recent evolution of the stock market price and a link to our previous article about Tesla. To sum up: Tesla is progressing at all levels, is still playing the card of selling carbon credits to its thermal competitors as brilliantly as ever, but still represents in 2019 barely half a vehicle sale out of one hundred in the world, compared with VW (12%) and Toyota (12%).

1.b. Recent announcements concerning the supply, manufacture, and recycling of batteries

Tesla’s “Battery Day” on September 22 was an opportunity to recall that total substitution for the entire automotive industry is only one of Tesla’s objectives, which also targets the market for energy storage from renewable sources.

With a target production level allowing the supply of 20 terawatt-hours of energy, this ambition requires control of the entire battery supply chain and the elimination of any dependence on metals presenting supply risks. These risks and limits concern cobalt and nickel in particular. As the availability of used batteries is set to increase in the coming years, recycling will also contribute to the stability of component supply.

For Tesla, the usefulness of batteries is not limited to vehicles. Half of Tesla’s 20 terawatt-hour target must come from stationary batteries.

We quickly note that two major manufacturers, VW and Toyota, are responding with significantly different strategies to the Tesla challenge. As for VW, the electric battery vehicle is massively adopted by virtue of its energy efficiency over the entire life of the vehicles: 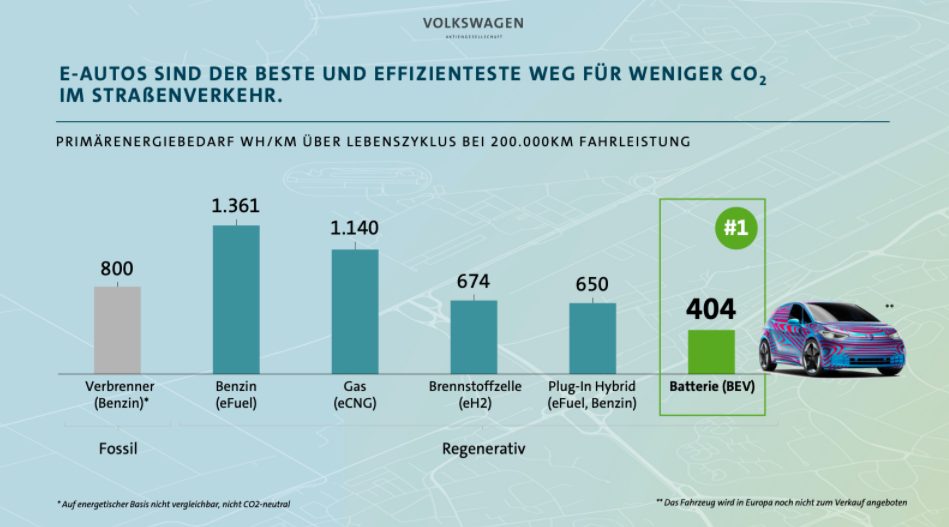 On the Japanese side, the battery electric vehicle remains a technology option being pursued among others, including hybrids and fuel cell vehicles.

2. Prospects for the technological evolution of batteries

As Hervé Arribart, Fellow Presans, reminded us, lithium-ion batteries offer the best density at the moment, at a relatively high cost, especially compared to the lithium-manganese oxide batteries used in the Nissan Leaf. Production costs for lithium-ion batteries will decline incrementally over the next five years with no change in energy density. One avenue for significant improvement in density is to partially substitute silicon for graphite at the cathode, as long as this does not lead to a problem of battery deformation. As already mentioned, Tesla also aims to develop lithium-iron batteries that can minimize the need for cobalt and nickel. However, the prospects for this solution are not encouraging.

For mobility applications, the longer-term objective ( > 5 years ) of battery technologies is to have a higher energy density by mass and volume and to offer better safety guarantees. Serious candidates include lithium-air and lithium-sulfur batteries (energy density four times higher than that of lithium-ion batteries), and solid electrolyte batteries (significant reduction in the risk of overheating and fire). Enough to attract the attention of people interested in battery-powered airplanes, like Jean Botti!

Generators of electricity from renewable sources have intermittent production. One solution to this problem is to connect these generators to storage systems (the cost of these systems, however, is typically not built into the cost of renewable energy projects). Batteries, both specialized and from end-of-life vehicles, can play this role, within the limits of short-term storage (for inter-seasonal storage, other solutions are required). They enable companies from a wide variety of sectors to position themselves in the electricity market in order to take advantage of price fluctuations and accumulate carbon credits.

This is already the case in various major projects, of which we can mention the following:

4. Batteries push us towards the versatile smart factory

Green technologies for the generation and storage of electrical energy for the grid are currently the only green technologies that can be considered economically viable. It is therefore not surprising that they are attracting the attention of players from sectors outside the power generation industry. For those sectors for whom decarbonization would be too expensive, why not enter the energy market through dual industrial capacities?

In the case of batteries, this attention can go through the simple acquisition of storage capacities. It can also take the form of setting up production capacities. Admittedly, the latter option is not for everyone and may seem too opportunistic. However, it is not absurd to imagine an Airbus producing batteries, for example, while waiting to decarbonize its aircraft models. Such versatility of production would require a transformation of the industrial tool, which is not without evoking the theme of the intelligent factory.

The fact that the technological roadmaps around batteries have to integrate aspects that go far beyond the EV issue alone suggests that the vitality of the automotive sector still extends far beyond its own borders. The Tesla challenge is not without reason and is helping to encourage the world of industrial innovation to build its strategies in a systemic way. Visit the Synergy Factory in Presans to learn more!