The quest for the inspiring mission 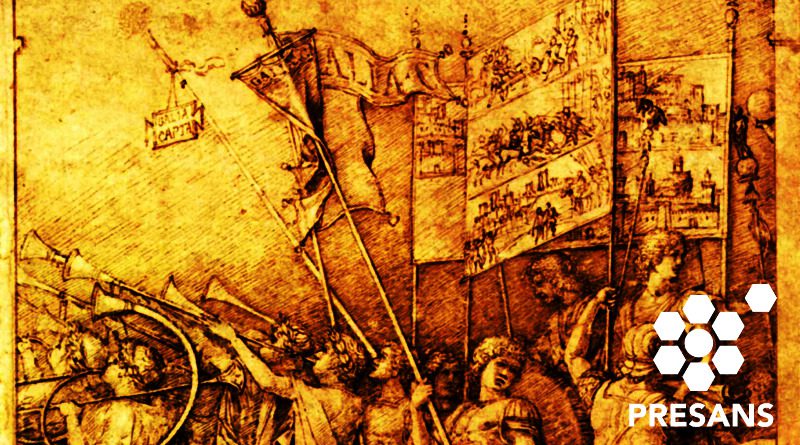 One of the crucial aspects of open organizations is the presence of an inspiring mission. It is this notion that I would like to develop today.

My intuition of the role played by the inspiring missions is itself inspired by the work of Simon Sinek and his famous injunction: Start with Why? The idea of a massive transformational purpose inherent in exponential organizations has also stimulated my thinking on this theme.

I also note the convergence of the reflections that are taking place around me on this point: Pierre Gohar, Emmanuelle Duez, Jeremy Lamri, Patrick Koller, Emmanuel Faber or Emmanuel Macron — they all have this idea in mind.

The example I have in mind is Tesla, whose declared mission is to accelerate the transition to an energy-sustainable world.

I will now start from what I perceive to be two problems that any organization faces, one old and permanent, the other perhaps more recent in its intensity:

Every organization needs to have coordination principles in order to function, and this is not new. This is particularly the case for an army. It seems that the modern conceptions of the organization come from the military field.

Free agreement can take the form of contracts and market transactions, typically governed by rules whose respect is based on a combination of trust and coercive power.

2. The search for meaning against the Taylorization of the absurd

“Bullshit jobs” seem to be causing a lot of soul-searching right now. A frightening sense of absurdity is spreading in the world of work, whether the work seems intrinsically futile or the positive impact of work is impossible to perceive.

3. Functions of the inspiring mission in open organizations

The domain coordinated by open organizations includes at le the least both internal and external collaborators, the latter category being itself very heterogeneous.

The inspiring mission is part of the organizational interface that allows to coordinate this set of individuals around a goal:

In the case of Tesla, the priority of the energy transition is itself the result of a vast process of putting sustainable energies on the agenda. This process takes place within a politico-social framework that includes businesses, on which businesses also seek to exert influence.

One might think that open organization tends towards decentralization. I think this idea needs to be qualified. In particular, the role of charismatic individuals does not disappear with openness. It combines with an inspiring mission: this is particularly the case with Steve Jobs, Elon Musk, Xavier Niel or Jeff Bezos, heroes of disruption.

4. All this is not so new and could be an anthropological constant

The notion of the disruptive hero, of the great man, of charismatic power has something archaic that triggers suspicion and skepticism in us.

I think we must go even further in the direction of archaism to understand what is happening with the notion of inspiring mission, and embrace the quest for a grand narrative.

Emmanuel Macron noted in a recent interview with Spiegel the current gap in this area in Europe.

The challenge is clear: let us boldly engage with it!

I think it would be good to draw a parallel between companies and military organizations, because in this area also profound changes take place. The evolution of military doctrines could be of the greatest interest for the study of open organizations.

This path could hold some surprises!

← The 3 levers for opening organizations, according to the CEO of Faurecia. Algocratism, the highest stage of bucreaucratism? →