The 3 levers for opening organizations, according to the CEO of Faurecia. 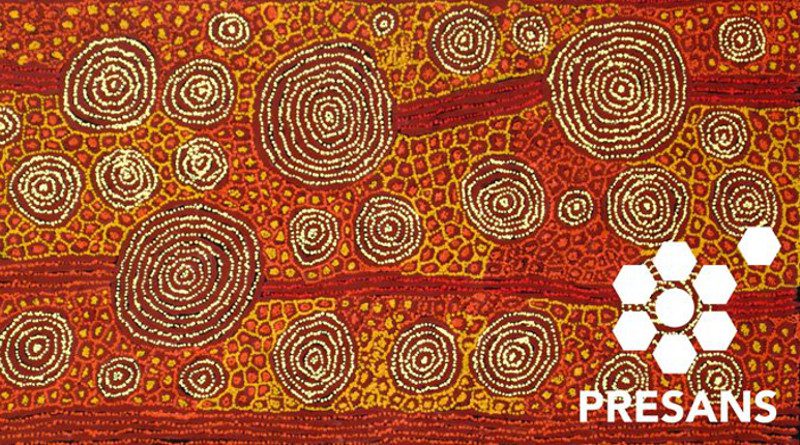 Patrick Koller, CEO of Faurecia since July 1, 2016, explains his vision of the organization of the future. He stresses the role of governance, which is all too easy to forget: the governance factor tends to be conflated with that of the organization, even though it is actually a distinct and measurable factor. The future opening up of organizations is, according to Koller, ordered by the governance factor. Faurecia is currently building its power of openness based on three elements: the idea of the company as a learning community; the role of organizational translators; and digital traceability of governance.

It is June 15, 2017, and we are at 2 rue Hennape in Nanterre. I am familiar with this address because Presans has been working with Faurecia since 2012, both on strategic issues related to technological choices and on organizational issues. However, today is a bit special, because I am going to the top floor of the building for an exciting exchange with Patrick Koller, CEO of Faurecia since July 2016. We met a few weeks ago while I was giving a lecture on the future organization of the top management of the company. During this conference, Patrick challenged me by pointing out that I had talked mainly about organizational aspects, and not at all about governance issues. I needed to know more about what he meant by that. 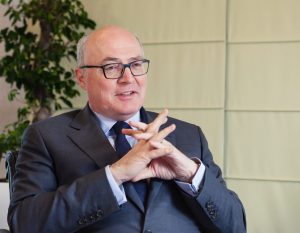 To listen to Patrick Koller means to trace the stages of a frank and fascinating confrontation with the realities of high-level management.

The question that provides the focus of his thinking is: What are the keys to effectively leading a group of more than 100,000 employees such as Faurecia?

His answer takes the form of a return to the company’s fundamental values. I present it here in a summary form, augmented by some reflections of my own.

The history of large groups is typically characterized by a lengthy period of domination by a single organizational model. But the current evolution of industrial groups, judging by various expansions, the emergence of new trades, and the ecosystems of startups, makes the proliferation of varied models for organizations inevitable. To want to reduce this multiplicity to a single model would be economically absurd: industrial groups must, therefore, get used to the idea of a cohabitation between different kinds of organizations.

This coexistence, however, also reveals problems that didn’t occur in the previous configuration where only one model dominated—problems whose explanation is not obvious.

Basically, what matters to the company is not what type of organization it becomes, but its effectiveness and efficiency. As organizations become more diverse in their modes of organization, they need to identify drivers or levers of progress other than organizational change.

These levers are three in number.

First lever: the community dimension of the company.

The business climate that a company works within changes faster and faster. The only permanence that emerges is that of values, starting with the value placed on learning—learning agility. This indicates a significant change that is underway in the business community. In a community enterprise, what matters is the sharing of values, ways of being and doing. Having common positions on a number of topics becomes essential. The business of tomorrow will have to become aware of its political role, which is linked to the fact that it will have to manage communities.

Values are essential because they alone allow the speed of action in a highly decentralized world. Only those with similar values can work together and trust each other. Companies that understand these changes will adapt faster than others.

Among the values, autonomy has come to play a more and more crucial role, especially among the new generation, who are accustomed to constantly giving ratings (rating, peer assessment) to people and activities. The evaluation of individuals will no longer be made only by the line manager but also by the peers. Belonging to the community will be based on the exercise of a permanent 360 °.

There is one more aspect of this community dimension: the integration of companies into ecosystems of economic actors. Today no one is able to do everything alone. This implies that one must be able to change culture depending on the context, as startups do not work like big companies.

In Patrick Koller’s idea of community, I find inscribed the principle of aspirational missions (so-called massive transformative purpose in Silicon Valley); this is one of the major characteristics of open organizations.

Each organization has a specific informal mode of operation, which constantly affects the execution of a particular instruction at the group level. The diversity of organizations around the world only reinforces this cultural reality. Faurecia anticipates this factor by relying on a new function: translators. Their role is to optimize the transposition of instructions from the group level into the local culture. These are typically people who have worked in both the sending organization and the receiving organization; thus they have networks in both systems.

The most fundamental lever is also the one that has long been the best hidden: governance. Indeed, as long as a company is dominated by a single organizational model, everyone tends to confuse the notion of governance with the idea of organization.

Governance can be measured and mapped.

Governance is something quite distinct from the organization. Within Faurecia, a concrete case study made it possible for us to become aware of it.

Take a region of activity within the group in which performance is not as good as in the other regions. The organization is the same. The customers are the same, the products are the same. The first hypothesis was: the problem comes from people. The consequence of this analysis has been an excessive frequency of change in management, favoring team wait-and-see. This is a cure that is worse than the disease.

The real cause of the problem was more in an atypical rate of skill utilization, leading to a distribution of workload that was too unbalanced. Excessive focus on the formal organizational chart can thus hide the informal reality of the actual distribution of tasks: this is the dimension of governance.

Since governance within an organization can be interrupted by a single informal local arbitration of conflicting priorities, this creates further chain arbitrage, causing delay, or failure, or sloppiness in the final product.

Concern for good governance can lead to what I call “project mode operation.” On this subject, I note that my own reflections tend to focus on the idea of a generalization of the project mode and consequently of a business operation that is working in anti-organization mode. However, it should not be forgotten that such a decision typically signifies the costly failure of an organization, as a project-based workflow will lead to inefficiencies, causing a function to be designed to optimize the utilization rate of human resources. This interview with Faurecia allowed me to put the question of the project mode into perspective—which remains unavoidable since the goal is the breakthrough innovation.

The way to change the game of governance is through the simulation and digital traceability of processes. This can already be observed in the field of purchase-to-pay. Automated tracking of transaction statuses could theoretically be extended to other areas within the company. From this perspective, global industrial integrators are likely to be the first to take the time to understand how governance works.