In meatspace, chicken is a type of vegetable

What is the future of meat?

Meatspace is a term sometimes used to refer to real space, as opposed to virtual or cybernetic space. “Meatspace”: because it inscribes us in the real – at least so far. What will it be tomorrow? The question is a timely one since we have just developed a triangular key to analyze innovations in the space of food. So let’s apply this key to the question of the future of meat. There are currently a lot of innovative activities and societal movements in the space of meat and its substitutes. An example of breakthrough innovation is synthetic meat from cell agriculture. An example of an anti-meat societal movement is veganism. Where are the ruptures and movements in the triangle of sustainability, transparency, and authenticity applied to meat? We will of course also show in which sense chicken is a vegetable.

Meat is in competition with other sustainable protein sources

The sustainability of an activity depends on its impact on the planet: climate, resource conservation, pollution, and biodiversity. Industrial meat production is not sustainable in its current forms, due to the poor environmental density of animal proteins. The best, according to some, would be to simply replace the consumption of animal proteins by vegetable proteins, with better yields. Another avenue is insect proteins, or synthetic proteins. After all, why not a sustainable nutrition industry based on this kind of breakthrough innovation? But will this industry be able to compete with the nutritional density of non-industrial meat, which also plays a positive role in biodiversity, in the fight against desertification, deforestation and soil degradation? As long as this is not the case, one can think that there will be a demand and a supply of animal meat.

The three transparency problems of meat

The first problem of transparency is that of the origin of the meat. Sanitary tracing information and quality or origin or sustainability labels or other labels allow to solve it by using digital processing tools.

The second problem of transparency in the field of meat concerns its effects on health. According to a widespread opinion, meat contains too much fat and cholesterol. In addition, it increases the risk of cancer. But is this opinion based on indisputable scientific data? Apparently not. On the ground, the negative image of fat has led to a devastating substitution of sugar for fat in the USA since the 1980s, which has led to an explosion in obesity and diabetes.

The third problem of transparency lies in the risk of confusion about the reasons for restricting meat consumption. Food is a privileged field of action for the individual consumer, in which he can express his preferences and his vision of the world in an immediate way. For the same reason, it is a privileged area for collective action. The immediacy of individual food choices facilitates the conversion of any individual problem into a food problem.

This social dimension is very apparent in the context of religions, old and new, which formulate dietary prescriptions. In another article, we mentioned the remarkable role of this religious factor, which continues to play an important role in debates about food.

Meat has a high authenticity potential

The authenticity of a product lies in its history, which inspires confidence. In the case of meat, the potential for authenticity is high: Convinced meat consumers believe that it is an evolutionary and nutritionally dense product.

Most meat-eaters don’t know it, but they are part of a great narrative

What better story to tell than that of human evolution? Yet this immense story, note the meat philosophers, brings us closer to the wolf than to the cow in terms of teeth, jaws, and digestive system. Our anatomy is not optimized to digest plants. On the other hand, we digest meat perfectly well, especially since it is not processed and/or comes from intensive farming.

Beef tends to be superior to chicken 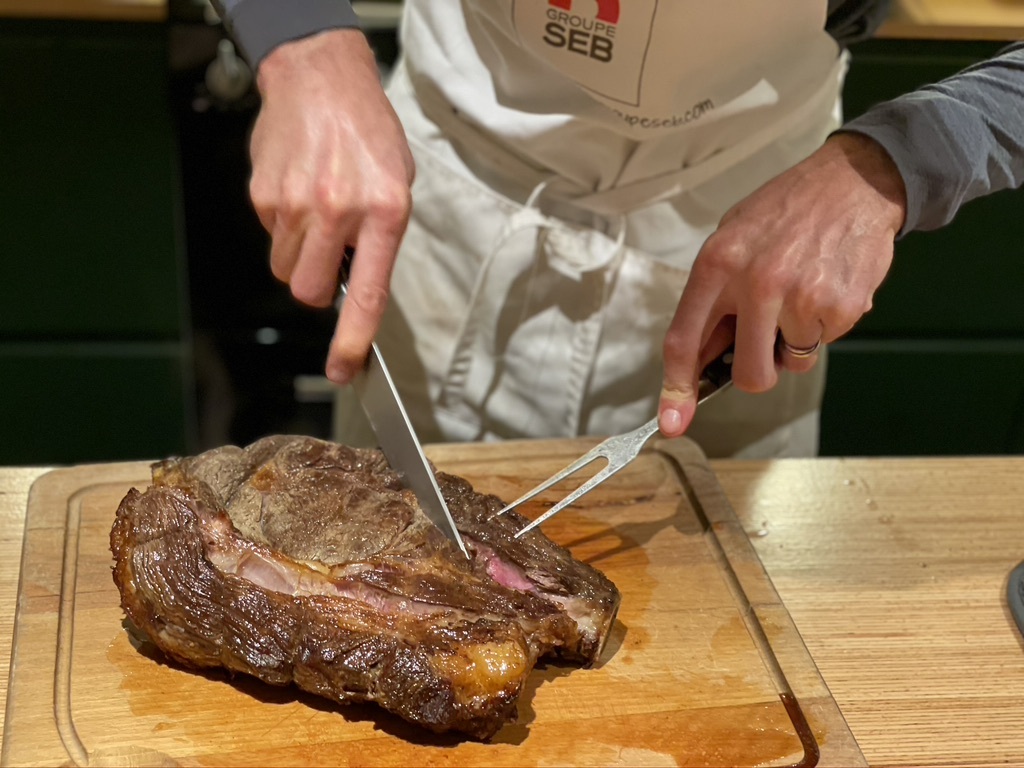 What makes meat attractive is that it imposes a limit on food processing. Meat imposes as a constraint that the livestock must first be allowed to live. This is a limit that may seem derisory in our age of intensive livestock farming. Nevertheless, it seems to be significant in a context where the possibilities of transformation, substitution, and synthesis are today ever greater. If the farming conditions are worrying, it is because the consumer suspects that these conditions are likely to reduce the nutritional value of the meat from these farms.

My scenario for the future of meat would thus be that digital processing continues inexorably to empower the production and consumption of authentic meat. Where industrial meat does not actually bring anything compared to substitutes, these substitutes will prevail. But authentic meat will continue to be a product of choice and conviviality in the majority of the meatspace.