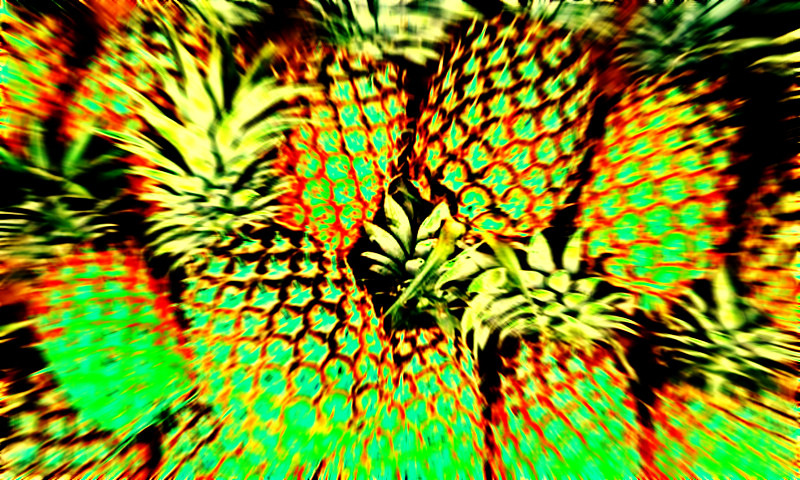 The percentage of American adults who believe that chocolate milk comes directly from the udder of brown cows is currently around 7% according to a recent survey. That’s not bad. What are the beliefs of this group about the origin of sausage meat? Or shrimp… Who knows.

Impression: the industrialization of our lifestyles tends to keep us in a bubble of comfort hovering far, far above the realities that make this industrialization possible. When asked what we will eat tomorrow, the sweet ignorance in this bubble answers naively: anything, of course.

This perspective is silly but not necessarily wrong, in a sense. It is not impossible that we eat in the future more and more anything, more and more processed junk food. Nevertheless, by its equivocality, this answer also suggests a certain indeterminacy of the future, as if we were free to eat more and more anything. As if this freedom were only the counterpart of the inexhaustible diversity of our tastes and the market offer.

However, it seems to me that in the late industrialized context in which we live, the opposite is true: if we are free, it is to refuse to eat indiscriminately. And if the future does not seem so indeterminate to us, it is because the contours of the future of food are shaped by trends that we already know in part.

Three key aspects of the future of food

The Synergy Factory that Presans is launching confirms that three key aspects emerge within these trends:

On the one hand, general trends and their impact on food production and consumption: food production and consumption are affected by three well-known major trends: global population growth; the struggle for the sustainability of the food value chain and against global warming and industrial pollution; and digital transformation. These trends are expressed both through local initiatives and through centralizing projects and institutions.

Second, food consumption trends: emerging consumption trends in developed markets indicate a growing interest in health and well-being. Other consumer trends include the pursuit of new gastronomic experiences, the quest for efficiency, speed, convenience, new diets based on fashions or societal movements, but also the desire to use short distribution channels, and to get involved as an active consumer in the promotion of local products. Quality labels are a major aspect of the transformation of eating habits through consumption.

To learn more about the technological dimension of the future of food, visit the Presans Platform fact sheet dedicated to innovations in the field of food.

The role of political and cultural factors

The answers to the trends outlined above will not be random, either. They will obey political and geopolitical imperatives. They will also express cultural preferences.

Let us consider a country like China. Chinese demand for animal protein is growing rapidly, leading to an increase in demand for livestock feed. Faced with the inadequacy of national agricultural production, and in order to reduce its risk of dependence on the international agricultural market, China has been seeking for several years to relocate its production… particularly in France, where some have concerns about Chinese acquisitions of agricultural land.

France, for its part, enthusiastically embarks on the digital transformation of the food value chain. The FoodTech sector is growing and gaining notoriety. The idea of ​​developing applications to monitor food consumption is part of the US and life hacking but seems to have found in France a preferred field of expression, as evidenced by the success of Yuka, Foodvisor, etc. Hypothesis: There is a French affinity with the idea of ​​indexing, evaluating, labeling the food, which itself is part of a broader affinity for the principle of an obligation to inform consumers and to regulate economic activity. This affinity for information, even for consumer education is at the very heart of the French digital strategy championed by Emmanuel Macron. From the outset, we can observe that the American pioneer Fooducate, is funded by the French fund Kima Ventures.

France, for its part, is enthusiastically embarking on the digital transformation of its food value chain. The FoodTech sector is growing and gaining in notoriety. The idea of developing applications to monitor food consumption started in the USA and life hacking, but seems to have found a privileged field of expression in France, as shown by the success of Yuka, Foodvisor, etc. Hypothesis: There is a French affinity with the idea of indexing, evaluating and labelling food, which is itself part of a broader affinity for the principle of an obligation to inform consumers and to regulate economic activity.This affinity for information, even for consumer education is at the very heart of the French digital strategy championed by Emmanuel Macron. From the outset, we can observe that the American pioneer Fooducate, is funded by the French fund Kima Ventures.

If you are in the agribusiness business, underestimating these political, geopolitical or cultural factors can lead to missing opportunities or destroying value. But to operate the real breakthrough innovations, the questioning must not stop there.

Cornflakes as a paradigm of industrial food innovation

To anticipate what we will eat tomorrow, we must not neglect the philosophical aspect of the question. From this point of view, what is most striking is the frequent association between religious belief and food innovation. To understand how a new food product actually appears, let’s take a look at the origin of corn flakes.

This may come as a surprise, but innovating in the field of food can also mean starting a struggle to transform, to redeem a fallen world, based on the powerful contrast of a religious and educational vision. The history of corn flakes illustrates this idea perfectly and allows us to see at work a creativity that is not limited to regulating or informing about pre-existing products.

The origin of corn flakes lies in the search for new vegetarian foods by members of the Seventh-day Adventist Church in the late nineteenth century. Our heroes, the Kellog brothers forgot a bowl of boiled wheat and in a moment of serendipity decided not to throw away the stale wheat, but to flatten and then toast the grains. The success of this new food in their sanatorium encouraged them to produce it en masse and market it to the general public.

It is instructive to consider how this industrial adventure unfolded during two critical episodes of vegetarian purism. Case number one: the Kellog brothers did not agree on the addition of sugar, which according to John Harvey violated the vegetarian principle. As a good Protestant Will Keith founded his own company, which eventually became the only one allowed to use the name Kellog. Case number two: a certain Edward Halsey had tried to persuade the Kellog brothers to give up exploiting their invention. The objection was based on the idea that the addition of milk to the corn flakes is incompatible with the vegetarianism promoted by the Seventh-day Adventist Church. The Kellog brothers sent the troublemaker to Australia so as not to harm their business, while giving the energetic young man a chance to develop innovative products in his bakery. But that’s another story.

Before closing, don’t forget Presans Explore is there to augment your innovation process. We can help you break free from stale narratives.

We have shown that the future of food is not just any future, and that it is not just about eating anything. Among a whole set of factors to take into account, we ended up considering that of the spirit that animates any new food movement. It seems particularly interesting to us to study cases where such inspiration is successfully combined with workings of the economic system. The creativity at the origin of corn flakes is thus not that of religious intransigence in prescribing an eccentric regime, but rather a reconciliation of the imperative of profitability and that of improving the world through education, which can be considered characteristic of the success of a certain Anglo-Saxon protestant capitalism. Who will succeed these innovators, who will show themselves able to combine the breath of collective inspiration with the vision of a profitable business model? This may be a question to start identifying future winners of nutritional capitalism… So let’s talk about!