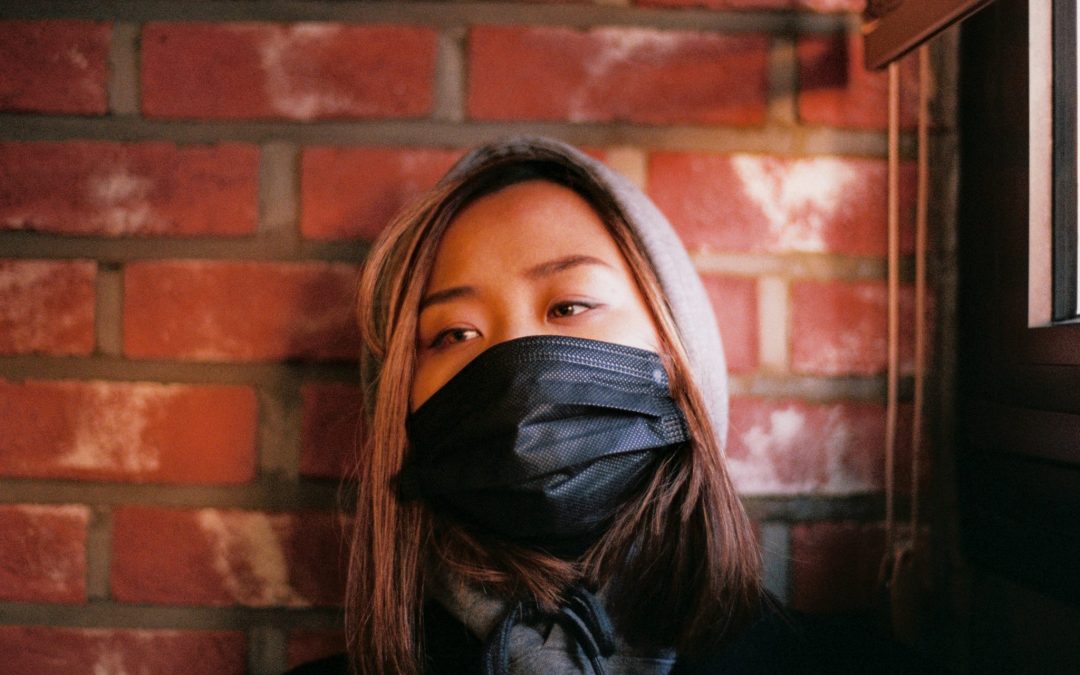 Based on the responses it is eliciting in different countries, the COVID-19 pandemic acts as a revealer of the strengths and weaknesses that the normal functioning of socio-economic systems tends to hide.

Our thesis is that for Western countries, the COVID-10 moment is a new Sputnik1 moment. In order to understand and overcome the COVID-19 moment, we need to:

1. Going Gangnam Style on COVID-19 is the best approach

COVID-19 propagates exponentially, or more precisely in the form of an S curve (sigmoid function).

There are three main strategies against COVID-19 2 :

1) Containment of the epidemic through detection, tracing contacts, and targeted confinements (the target is to achieve R0 < 13 by targeted containment). This approach combines the following means, depending on their availability:

2) Mitigation: slowing the spread of the epidemic by establishing distances, using masks, adopting enhanced hygiene practices, and limiting movements coming in from high risk zones. All this being aimed at avoiding saturation of the health care system’s capacities5. Instead of having the majority of people ill at the same time, the idea is to spread contaminations over time.

Saturation of the health care system is generally perceived as the major danger posed by COVID-19. This point raises philosophical oppositions between those who claim we should accept human finiteness, and those who put their faith in technological progress. Nevertheless, it is generally accepted that in this present crisis the dual objective is to avoid saturation of the health care system on the one hand, and to minimise damage to the economic system on the other. It should be noted that the mortality rate of the virus is linked not only to the virus itself but also to the capacity of patients to be taken medical care of.

The containment strategy makes it possible to avoid saturation and to conduct normal economic activity. The mitigation strategy leads to limiting gatherings, which has a negative impact on sectors such as the events industry, and slows down other sectors as well. The suppression strategy has a direct negative impact on service activities such as tourism or catering. Advances in telecommunications can only reduce in small part the extreme negative impact of this strategy on the rest of the economy.

The initial site of the COVID-19 outbreak is the city of Wuhan in Hubei Province in China. After an initial period that appears to begin in December, Wuhan and then other cities and provinces were placed under quarantine (suppression strategy) in combination with a general containment and mitigation strategy. A total of about 760 M inhabitants were subjected to drastic mass containment measures. The epidemic now appears to have been brought under control through heroic efforts.

South Korea did not initially adopt any special measures. But this country, where more than half of the population has no religion and where the suicide rate is very high, has had several COVID-19 outbreaks. Gatherings during the month of February of the apocalyptic Shincheonji (Temple of the Tabernacle of Testimony) sect appear to have been the main vector of these outbreaks. The country has a state-of-the-art health system and rapidly managed to contain the epidemic through a strategy of containment, relying among other instruments on massive testing and geolocation.

In both China and South Korea, the development and production of screening tests, as well as the identification of candidates for effective treatment, was rapid.

Japan has combined a strategy of containment, mitigation and partial suppression (school closure). The country is banking on its already very home-bound lifestyle, but also on the strong capacities of its health care system in terms of available beds and equipment.

Taiwan and Hong Kong have successfully implemented containment strategies and isolated themselves from high-risk areas.

Many Western countries have not been able to maintain a containment strategy, largely due to insufficient testing and tracking capacities, as well as insufficient provisions of protective gear such as breathing masks. The main failure is a failure to scale up the containment strategy. By keeping borders open to areas that were at risk, they accelerated the spread of the virus, all in the hope of preserving economic activity.

The French strategy, presented in this document, fits the pattern we have outlined. It is remarkable that we in France experienced an episode quite similar to what happened in South Korea. The religious gathering of more than 2,000 people in Mulhouse organized by the Open Door Church from February 17 to 24 contributed significantly to the strong spread of the virus in the Bas-Rhin and throughout Northeastern France and beyond. This scale-changing development contributed to the result of French containment capacities being outpaced by the virus.

Because of these developments, many Western countries are at present unfortunately condemned to having only mitigation and suppression strategies at their disposal. The lack of medical equipment has been accompanied by misleading and rapidly changing official messages, particularly with regards to masks. Special mention should be made of the United Kingdom, where state authorities announced the implementation of a herd immunity strategy6.

All these countries are now fully mobilized to fight the pandemic, but they will also need to learn the longer-term lessons from this episode. One question we won’t examine here is that of the deeper causes that led to the objective decaying of Western health systems. What we will consider is the question of the model our Western countries need to take inspiration from.

South Korea is a developed and industrialized country comparable in size to large European countries or American states. Its management of the epidemic is exemplary in terms of efficiency and should be a model for reforms and innovations to be implemented in Western countries. This is what justifies the title of this article, in reference to the 2012 K-Pop hit song interpreted by Psy.
Indeed, if we consider the possibility of future waves of this virus and its mutations, as well as the appearance of new viruses in the future, the superiority of the first strategy (containment), adopted by South Korea, is particularly striking. There is good reason to believe that Western countries will reform their health systems in this direction.

2. Why Western countries, and France in particular, will soon strive to upgrade their health systems

2.1 Ensuring the compatibility of a system that is open to the rest of the world

Mitigation and, above all, suppression strategies are, first of all, far too destructive for the economic system. It is preferable to use the strategy of large-scale containment simply to limit the disruption to economic activity.

The French economy, and Western economies in general, are open to the rest of the world and in particular to Asia. The globalisation of supply chains alone requires an upgrading of Western countries’ health systems. This argument also applies to activities related to international tourism and the events sector, both of which are important in a country like France.

Furthermore, this crisis shows that it is essential to carry out an industrial relocation of essential production capacities for medicines and medical and sanitary equipment. In the event of future pandemics, different regions of the world would then be able to take turns in producing crucial equipment.

2.2. Improving the management of epidemics in general

In the weeks leading up to the general awareness of the risk of an epidemic, the mortality figures associated with influenza were often mentioned. Without going into a discussion of these figures, it is apparent that an upgrading of the health system will also have a positive impact on the management of epidemics in general, and of influenza in particular.

2.3. The context of multipolar rivalry makes this issue a prestige issue

In a context of technological and commercial rivalry between the United States and China, and generalized multipolar rivalry, the race to discover treatments and vaccines, but also on a more general level the perceptions of the crisis is managed, constitute stakes in the game of international prestige.

Western countries won’t easily suffer being outclassed. Time has only confirmed our conclusions7 regarding China’s potential for innovation: this means it is time for us in the West to put real technological innovation back at the top of the agenda.

3. How will this system upgrade be accomplished?

In France, we are witnessing a heavy takeover of the nation’s affairs by the state, but also private initiatives such as the production and provision of hydro-alcoholic gels by LVMH. On the EU level, the official response had a difficult start and now needs to score points. In the United States, as might be expected, figures such as Bill Gates and Elon Musk are getting involved, while the Trump administration is seeking by all means to accelerate development and access to solutions.

3.2. The ethical aspects of the upgrade

The geolocation of an epidemic implies a surveillance system that also poses ethical problems. In the city of Shenzhen in China for instance, an application on the WeChat platform makes it possible to track in detail the movements of all inhabitants, making it possible to target at-risk individuals for self-quarantine. The application identifies individuals who have shared a space with contaminated people. In the meantime, the successful containment of the epidemic has led to the relaxation of these measures.

Israel has already embarked on the use of geolocation to combat the epidemic. The United States seems to be about to activate this lever of action.

The emergency is also shaking up practices and processes in scientific circles. Social networks have facilitated open and real-time discussion to identify the mechanisms of action of the virus and the factors favoring the epidemic.

Update: As per @DiderRaoult – the study shows combination of HCQ * Azithromycin is most effective treatment

We hope that the HCQ/Azithromycin treatment will be able to significantly contribute to the containment of the epidemic.

In any case, this crisis does not mean we need to turn democratic countries into authoritarian states. South Korea is a democratic country. The current situation is in fact an opportunity to put on the agenda what Emmanuel Chiva calls the issue of sovereign social networks.

3.3. The scientific and technological dimension of the upgrade

On the scientific front, the COVID-19 crisis is stimulating activity in many areas. Two of these areas are worth noting:

In technological terms, updating of the health system is in fact an aspect of the digital transformation of the economic system. Our socio-economic systems must become more intelligent.

The COVID-19 crisis must also lead us to fundamentally and more broadly question the health performance of the materials used in our living and working spaces. We may see a greater use of copper, or materials emulating its excellent sanitary properties, to cover sensitive surfaces such as door handles, elevator knobs, etc. But this is just one example.

Virtual reality technologies, drones, automation, in short, Industry 4.0 will continue to rise in importance on the agenda of industrial innovation. New behaviors such as the wearing of masks could create a new industry at the crossroads of health protection and identity protection and expression. Lessons will be learned in the field of telework. The whole question of the optimal degree of urban concentration could be re-examined.

The real question posed by this crisis is whether this new Sputnik moment will give rise to a desire for emulation, or on the contrary to resentment accompanied by denial of the reality of Western decay. It seems inconceivable to us that Europe will not rise to this challenge by bringing its health system up to standard.

Those involved in industrial innovation will soon be thinking about the impacts and opportunities resulting from this crisis. They will develop the technological roadmaps of the post-COVID-19 world: a world where a systemic approach based on both excellence and impertinence will be more necessary than ever.

In the face of the acceleration of history, let us not give in to ideological constructions or apocalyptic visions. Let us organize our openness by reinventing what needs to be reinvented and maintaining what already works.