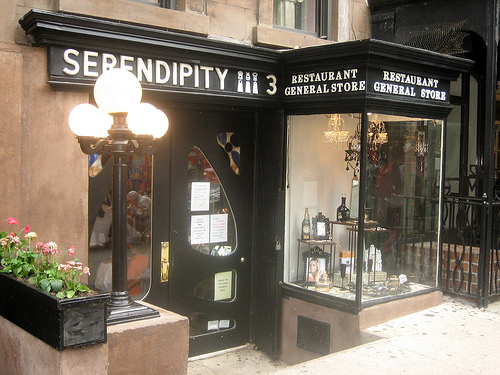 Many innovations are related to chance, a set of fortuitous conditions (happy or unhappy). However, chance is not enough. Knowledge and experience are necessary to transform the set of conditions into innovation. This is the concept behind the word “serendipity”. This Article introduces the concept and places it in the context of innovation and open innovation.

“Serendipity is the ability of making accidental but fortuitous discoveries, especially while looking for something entirely unrelated.” The English word “Serendipity” is recognized to be very difficult to translate and the English word has been adopted in many languages. There are two notions behind the word: chance (set of fortuitous conditions) together with a form of gift (or ability) allowing a person to turn the set of conditions into an innovation. This is important enough to emphasize because some people (who don’t really appreciate English words in French) prefer to translate serendipity by “fortuité” which only contains the notion of chance (fortuity) and does not account for the cognitive dimension that transforms the set of conditions into innovation.

Three types of Serendipity can be identified:

Example: Pasteur and the discovery of the vaccine against cholera

The myth claims that the discovery by Pasteur of the vaccine against cholera is an example of serendipity, that is to say, a discovery due to chance: in 1879, Pasteur and his collaborators, discovered that injecting old forgotten cultures of cholera into chickens, not only did not kill them, but also made them more resistant to cholera. This was the discovery of a vaccine against cholera. This version of history is actually challenged by some authors who believe that Pasteur who perfectly knew aging processes of microbe cultures certainly actively sought this discovery. There are many other examples of important discoveries related to serendipity: from the microwave oven to the famous fullerene.

Serendipity is a manifestation of creativity in which inspiration comes from outside. Thus, the open approach of innovation for a company increases serendipity and thus innovation. Large companies have begun to systematize first in the United States and now in Europe this approach. For example, Procter & Gamble, one of the leaders in terms of open innovation, have deployed their “Connect & Develop”, which allows the group to connect its internal research with unexpected opportunities offered by an external network Experts.