TESLA: Do or Die 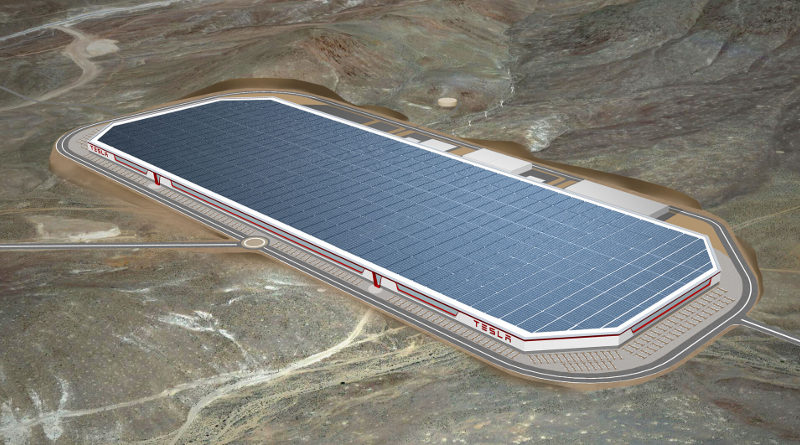 The muskiverse comprises all activities related to Elon Musk. The muskiverse is vast. The portion of the muskiverse with which ordinary people are most likely to interact in everyday life is Tesla, which produces and sells cars as well as energy production and storage systems.

Tesla delivers a package that combines technological system and worldview. There are people for whom Tesla is an inspiration, even a religion. A religion of which Elon Musk would be the prophet. A religion promising the salvation of energy sustainability for future generations. Driving a Tesla is its initiation rite.

Tesla is not the only religion out there, nor the only religion of technological progress. Skeptics and critics are legion. They reject Elon Musk’s vision. They attack the strategy of Tesla and speculate on the decline of the company. They fortify their position with a constant flow of negative information, leaks, and pessimistic analyses. They see Musk as an impostor and an illusionist. Musk on his side is signalling plenty of skin in the game.

The current crisis in Tesla is not without precedent in its own history, however brief. It is important to put things in historical perspective before sketching out a few outcome scenarios.

So back to the beginning of the story, when Tesla burst onto the scene of the auto industry.

Tesla positions itself as an accelerator of a technology, or of a set of technologies, that the market fundamentally desires, but which have been slowed down by the wait-and-see attitude of a fearful, risk-adverse and fragile sector.

In 2016, Elon Musk posted the following on the Tesla blog:

The established players of car manufacturing knew too much to engage in this type of “idiocy” in 2003. In the worldview of these major manufacturers, there are already far too many builders on the planet. According to them, this number can only go down. There is no room for new actors. The goal of the game is to let others make mistakes, acquire those who make them, and make more or less fragile alliances, rarely conducive to genuine value creation. These big players are focused on their products. Their systemic vision depends on consensual ecosystems that are capable of establishing standards, but not of radically innovative programs. The focus of radical innovation is on car keys rather than on the propulsion power source – where innovation has long been largely limited to hybrid models (oil supplemented with a battery) or plug-in hybrids (battery supplemented with oil). Things have changed in recent years, partly as a result of Tesla.

On the whole, this is a vaguely pessimistic sector, which changes its practices only under the influence of subsidies and regulatory constraints.

Tesla was born from the abandonment of General Motors’ EV1 model. Its IPO took place in 2010 at $17 per share: this is the first automobile IPO since Ford in 1956 (Musk as Ford was not against doing it). In 2013, Tesla delivered the first Model S, a high-end model catering to an elite clientele.

Tesla is not yet a big builder in terms of production volume. However, the company has a very strong global brand. What made it possible to build this brand? Let’s look at it through the prism of the open organization.

— Tesla models are computers on wheels.

— Tesla API only for internal use.

— Tesla application available on other platforms (iPhone for example).

—  Vision: an integrated system of transport and energy networks.

—  Vision: Tesla products (vehicles, power generation, and energy storage) as a source of revenue for their owners.

— Direct sales to the customer.

—  Vision: free access to the mobility/energy function for any user, owner or not.

— Highly integrated production, disdain for outsourcing: a choice that breaks with the industry’s established practices.

— Energy sustainability beyond the politico-industrial inertia of the Western world: on Earth and beyond.

Tesla is an open organization, except for the outsourcing of production. A successful choice, or at least it was as long as it was only necessary to produce the Model S on a small scale. The question is whether this approach is compatible with the large-scale production of Model 3.

This is a question that many people are asking intensely today. Before deepening it, let us pause for a moment to notice that any established actor in the car industry would be delighted to be faced with the problem of producing enough to satisfy demand… Currently the problem of many established players in the automotive sector lies more in the existence of overcapacity than under capacity.

In the US, sales of Model S surpass the combined sales of comparable models of Porsche (Panamera), BMW (Series 6, Series 7), and Mercedes (Class S). It’s a slap in the face for the Germans. Outside of Lexus, other manufacturers do not factor into this market.

The orders for the Model 3 are massive. This is the best-selling car model in the US in the mid-size premium sedan category. Assuming that Tesla is able to produce the entry-level models at $35k in sufficient quantities, it would mean that the same blow to the German car market would occur in the middle segment.

But the danger is actually more serious than that, for two reasons.

First, Tesla does not sell just cars and energy systems. It’s a religion: many Tesla customers do not go back to previous brands. In 2014 the loyalty of Model S owners was estimated at 98%.

Secondly, Tesla does not hide its ambition to offer Gigafactory factories in its product catalog. In 2016, Elon Musk noted on his blog that version 1.0 of the factory for creating Model 3 would be in place “probably in 2018”. Such an ambition does not only hurt the German car industry. It directly hits the strategic “factory of factories” position of the entire German industry.

Industry 4.0 refers to the revolution of production automation through cyber-physical systems, the Internet of Things, and the cloud. It is named 4.0 because it comes after the first (steam engine), the second (electrification and mass production) and the third (computer and automation) industrial revolutions.

It is on this model that the counter-offensive of the big German manufacturers rests.

Let’s look at the German car industry 4.0 through the open organization lenses.

— Massive investments in factory automation. The goal is to promote modularity and tailor-made manufacturing.

— New offer currently in development of 100% electric vehicles, largely in reaction to Tesla.

The new models announced by BMW (BMW i), Mercedes (EQ line), Audi (E-tron), Volkswagen (ID) and Porsche (Mission E) are expected to arrive in the early 2020s. Existing electric models cannot compete with the performance of Tesla models, especially in terms of battery life. In a few years, we’ll be able to observe the results of the German counter-offensive.

3. 2018: Magnitude of the current crisis: what scenarios?

The current crisis at Tesla lies in the risk of a shareholder revolt. Shareholders are focused on the question of the profitability of the company, and more specifically on economies of scale in the production of Model 3. The rate of production is currently insufficiently high to achieve them.

This crisis is not unprecedented. In 2008 Tesla went through a phase with remarkable similarities to the current situation. Similarly, Tesla encountered difficulties in 2013 in producing the Model S and was on the verge of running out of money. Musk proposed a  $6 billion selling price to Google. However, improved production and a sales effort enabled Tesla to make a quarterly profit for the first time and the problem was overcome.

Elon Musk will have to tap into his resilience to face current challenges and maintain control over Tesla. Everything indicates that he has put a lot of skin in the game with Tesla: for instance, his compensation scheme is unprecedented automotive industry (fully indexed to the company’s performance), and his no filter style of leadership from the front lines, both on the Fremont site and on Twitter.

In this war, it seems that the option of outsourcing production is not envisaged. Despite periodic rumors going in this direction, the goal seems to show the capacities of the Gigafactory.

The uncertainty surrounding Tesla is currently very high. Here are some possible outcome scenarios for this crisis.

Scenario A: Overcoming the challenge without capital or debt increase or change of governance.

This is the scenario of the famous “short burn” of the century, corresponding to the ruin of those who massively speculated against $TSLA. In this scenario, the production rate of Model 3 reaches 5k units per week during the summer.

Will this be enough to prevent any capital increase or additional debt?

Tesla’s governance is under criticism. Musk’s brother sits on the board of directors. SolarCity was founded by his cousins. According to scenario B, the current crisis would lead to the ousting of Musk’s allies and then of Musk himself.

Will Elon Musk suffer a fate comparable to that of Steve Jobs when the latter was chased from Apple? We should then expect a sharp decline in Tesla. It will certainly not be enough to get rid of Musk to put Tesla back on track.

Moreover, Elon Musk will not let go easily. What will be the damage caused by such a series of events?

This scenario stems from a remark by one of our customers that Tesla could probably be bought by a Chinese actor.

The Chinese car market is the largest in the world, and the Chinese government is the most aggressive in promoting electric vehicles. China is at the forefront of standards and investment in the electric vehicle. This results from China’s strong desire to reduce urban pollution and reduce dependence on oil.

Tesla is already very popular in China. The tariff war that is currently taking place between China and the US reinforces the need to deploy local production capacity. Tesla in fact recently announced that the second Gigafactory would be built in Shanghai.

If Tesla does not manage to extricate itself from its current crisis, it would perhaps not be to Google that Musk will turn to propose a deal.