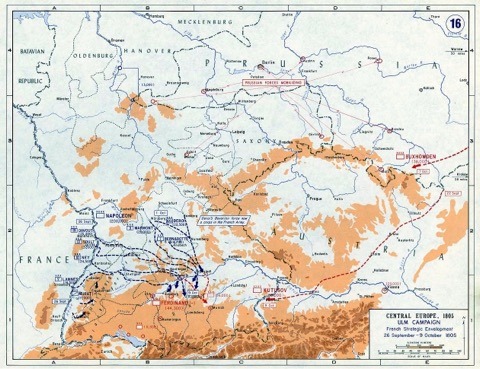 Weapon vigil for the two digital mobility platforms that share the carpool and long-distance bus markets in Europe. After conquering their respective home markets, Blablacar and Flixmobility converge on each other and prepare to launch the assault on the enemy’s territory. In view of this confrontation which promises to be very interesting, let us review the state of the forces involved. In order to examine the consequences of this confrontation for the entire mobility sector, in which we include car manufacturers, we will apply the open reading key developed by Presans. Remember that this key is based on five dimensions: the platform strategy; the inspiring mission; talent on demand, understood as an aspect of a sphere of cooperation that in various forms extends beyond the scope of internal collaborators; the driving role of data (data driven); finally, industrial design centered on the function for the user.

Created in 2006 by Frédéric Mazzella, then joined by Nicolas Brusson and Francis Nappez, Blablacar developed from the idea that there was an offer and a demand for carpooling, and first as an alternative solution to train. Monetization comes in France in 2011, profitability in 2018. Blablacar is present in many countries, including Brazil, Russia, and Germany through the acquisition in 2013 of mitfahrgelegenheit.de. The company enters the long-distance bus market in 2019 via the acquisition of Ouibus, previously owned by SNCF. Blablacar also has experience in the bus market in Russia. The bus is considered very complementary to carpooling, and generally preferable on long journeys.

Flixbus, owned by Flixmobility, was created in 2011 by Jochen Engert, André Schwämmlein and Daniel Krauss. In 2013 the long-distance bus market was liberalized in Germany, opening a phase of price war between operators. War won by Flixbus, which today dominates the European market, particularly that of France, open to competition since 2015. Today Flixbus is developing in the US and seeks to establish itself in Russia. But above all, the people of Munich want to propose for 2020 a carpooling offer, Flixcar.

In both cases, therefore, we are dealing with marketplace-type platforms, operating with economically profitable models.

Flixmobility is guided by a vision of green, intelligent and sustainable mobility. The ecological mission is explicitly considered by the founders as a factor of consumer loyalty. It translates into a measurement of the carbon footprint of the trips with the possibility of neutralizing it, as well as by the green color of the buses and their graphic charter.

Blablacar gives itself both an ecological mission and the mission of creating a social link between the users of its platform. This specificity is not innocuous, cf. point # 3.

The Germans aim in a faustian way the “flixisation” (“Verflixung”) of the world of mobility. The French rather propose to contribute to the emergence of a society of trust.

The Flixbus network in Europe on my smartphone

Carpooling requires a minimum of trust between carpoolers, or through Blablacar, they do not usually know each other. France is also a country characterized by a low level of trust outside the circle of family and friends. Frédéric Mazzella persevered in his idea and led the development of a strong community ergonomics, which leads users to trust the profiles offered on its platform. In terms of the On-Demand Talent Pyramid, he has put in place a system for efficiently classifying a high volume of unknown initial profiles, empowering the community.

Flixbus is established on the basis of partnerships with transport companies, proposing an operating framework, an income sharing scheme, and, of course, routes and prices. The application allows users to evaluate the performance of these companies, but in terms of social networking, it is usually limited to messages on social networks that humorously evoke the rustic aspects often travel by low cost coach.

4. Data-driven: knowing where people want to go is the nerve of the profit war

In its infancy and during the great frenzy of competition after 2013, Flixbus seeks to offer a maximum of journeys. The collected data then make it possible to seek to optimize the offer of journeys. From the beginning, therefore, data is at the heart of the Bavarian expansion strategy. It bases the calculation of profitability of the journeys, in a sector which abhors the little bus filled.

In the case of Blablacar, the data richness seems a priori superior, insofar as it is the users who propose trips, and where the carpoolers must inform their user profile and evaluate themselves between them. Not only does the platform provide data on the mobility demand, it also constitutes or aims to constitute a social network. It is also often the subject of diversion attempts by drivers a little too enterprising, but revealing demand. In Russia, this has led to an explicit offer of bus transport.

5. User-centric & Functional: What ramifications for the industry?

Both Blablacar and Flixbus are content to offer a digital layer of services to make the use of assets owned by third parties more efficient. Nevertheless, they may have an influence on the land vehicle manufacturers sector.

In terms of communication, let’s mention the Chinese BYD electric buses tested by Flixbus, to “send a signal to German and European industry”. The outsourcing model can be used to influence through the partnership contract framework. It is not unthinkable that subcontractors group together in central purchasing. Will bus manufacturers then seek to offer buses optimized for the mobility platform?

In the case of car pooling, its generalization could lead to a shift in market preferences for some models. Some manufacturers may even seek to offer options or models oriented towards this use.

The data held by the mobility platforms could also be used for tracing new energy, electricity or hydrogen replenishment networks.

Let’s return to conclude the land confrontation between Blablacar and Flixbus. From a financial point of view, the two companies have accumulated significant wartime treasures, intended to fuel their expansion. Nevertheless, it is likely that comparatively quickly the comparison is made on the profitability. One of the areas where the conflict will take shape is Russia. Flixbus has announced that it wants to set up but is slow to reach an alliance with the carriers. Blablacar has been active there for more than two years, and this year is launching the monetization of its service, which should be completed in the fall. Such an operation is not devoid of uncertainties. Russian actors could arise in response, which leads us to believe that the Russian campaign is far from being decided. As for Germany, Flixbus is preparing with Flixcar to launch a scorched earth strategy, proposing a free carpooling platform. The goal is to practice the “wrangling” mentioned in an earlier article: “grant in a lordly manner, what the other guy gives the most price in life.” The goal is to hit Blablacar at the level of its profitability . On the Blablacar side, this clash will show whether the superior wealth of its data system will enable it to achieve high completion rates. We may be at the dawn of a new Franzosenzeit.