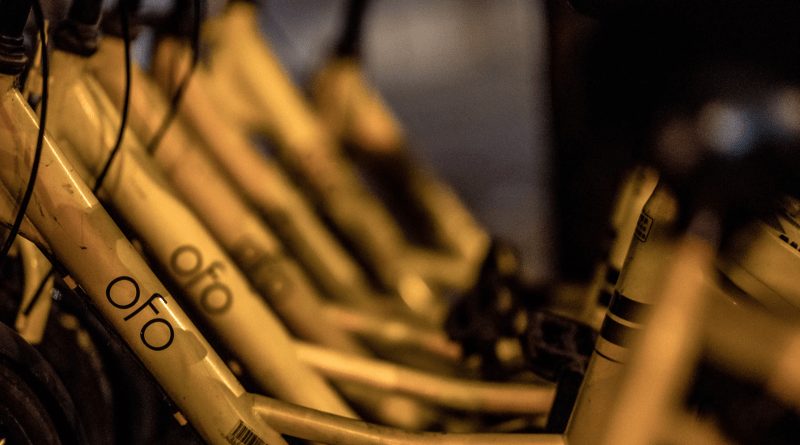 Tuesday August 28, 2018, 10 am, Shenzhen, China. I just beat my record of time spent in transport. It all began 42 hours ago in Paris. Everything was going well: the flight to Beijing was perfectly on time and I even slept 5 hours. Things started going off track with the Shenzhen connection. Delay. Thunderstorm. Plane redirected. One hour in a hotel somewhere between Beijing and Shenzhen. In the end the group of executives we are accompanying finally make it to destination. The program we came up with for this Learning Expedition (LEX) can finally start. We are in for 4 days full of surprises! Here are my takeaways.

The key actors of innovation in China are the State (if the State wants to do something, it does so, and it does so quickly), private capital (which allows to focus resources on many innovative initiatives), and startups (which grow fast, whose founders are often very young, and increasingly international).

With regard to the injection of capital into startups, there is really a “capital game”: attract users as quickly as possible, keep raising capital, crush competitors who do not grow fast enough, dominate and get acquired by one of the BAT (X) [1].

WeChat is one of the platforms used by all Chinese people in their daily lives. Oddly enough, WeChat started as a messaging app. But in China, there is a hyper-social thing called Red Packets. These are small red envelopes that the Chinese use to offer New Year gifts. One day, WeChat decided to integrate the possibility of offering Red Packets through messaging. Thus, WeChat has become a payment application. Today, just about anything can be done without leaving the WeChat application: shopping, paying taxes … as well as chatting. WeChat has become within a few years an infrastructure platform [2].

Build Your Dreams : speed through integration?

From our visit to car manufacturer BYD (acronym for Build Your Dreams), I retain two main impressions:

Integration and Diversification: The first thing is that struck me is that in fact BYD is not just a typical car manufacturer. BYD designs and produces every part of their vehicles (except for the tires and windows). Mastering all the technological bricks of the components chain allows BYD to pursue a strategy of heavy diversification (batteries, electronics, cars, buses, tram etc.). They are everywhere. The name of the company makes a lot of sense viewed from this perspective.

Speed: the second striking aspect is the speed of decision and action when it comes to launching new strategic projects. At its creation in 1995, BYD positions itself on the battery market. In 2003 they decided to get into electric cars. In 2005, this managed to accomplish that objective. In 2009, it’s electric buses. 2016, trams.

We had a few strategic questions – will BYD sell mobility on demand rather than cars tomorrow [3], will BYD acquire Tesla [4] – we did not get direct answers to these questions. However, we learned a little later in the week that BYD is an investor in PonyCar (a car sharing app). We also know that Tencent acquired a 5% stake in Tela in 2017. Perhaps there are some conclusions to be drawn from that…

PonyCar : a platform to maximize usage of “your” car

PonyCar is car sharing platform within the new energy space, founded in 2016. The idea is that many people want to drive a car without having the need to own it – moreover, in China, 215 million people have a driving license but do not own a car. PonyCar allows manufacturers (BMW etc.) to optimize the use of the cars they offer for rent, and users to drive a car without owning it. Everything is going very fast: in 2 years, PonyCar raised 450M ¥ (56M €), recruited a hundred employees, as well as 2 million users on the platform. They reached breakeven after … 8 months! The results are impressive: 5-8 rentals / day / car, 3 times more than the industry average. Thus a car is used on average 10 hours per day, instead of an hour on average. The secret of this performance gain is twofold: software and hardware. On the software side, a user application with a UX allowing a simple and effective experience, an AI for the car dispatch system and a management application on the back-end. On the hardware side, an in-car box to capture data.

Baidu : is China at the forefront of autonomous vehicles?

We then go to Baidu (the Chinese Google). Like Google, Baidu also has an autonomous vehicle unit. Baidu started much later than Google however, and is currently working on reaching level 4 autonomy. Google reached level 3 in 2012 and is actively working on level 5 through its subsidiary Waymo. An interesting point concerning Baidu is that the 200 000 lines of code supporting its autonomous vehicle are open source. The goal is thus to build an ecosystem around a kind of Android for autonomous vehicles (10,000 developers have already downloaded the code).

Mobike is the company behind the grey and orange bikes that arrived in Paris a few months ago. Weiwei Hu, a young woman with the vision of bringing bikes back to cities, founded the company in 2015. Mobike is the fastest growing company we have visited: 1 billion in raised funds, 20 million transactions in 11 months, 9 million bicycles in operation worldwide, present in 200 cities and 19 countries… and already into the seventh generation of bicycles. I want to mention an anecdote, because it is related to a point we made in our article on functionalization: the economy of on-demand usage could increase what economists call moral hazard, i.e. users who do not own the product tend to be less cautious. A few weeks after the publication of our article, GoBeeBike, a competitor of Mobike was withdrawing its operations from Paris citing an above-average vandalism rate. Mobike confirms this trend, but added that there is worse than Paris: Manchester. To overcome moral hazard (which is probably not that random), Mobike has introduced a safe zone so as not to be able to redeposit and rent bikes in risk areas. Where will they stop? We learn that a scooter is in R & D and that cars are “a bit further down the road”!

BIG : the market is huge. People see things on a large scale. Companies get big.

TRANSPARENT : « in some countries, this may be illegal » was the answer to our question : « what about privacy ? ».

Last but not least, the trends we have discussed in many articles and the specificities of Open Organizations find many confirmations in China – we have heard this again and again during our visit: the user experience is the starting point ; we no longer sell products, but user-centric functional services based on IOT and IA (data-driven), and moreover, we are told to “experience cars like mobile phones”. BATX offer platforms in the broad sense (digital arsenal, data, but also talents and capital). On-demand talents are heavily used: “Startups are paving the way”.