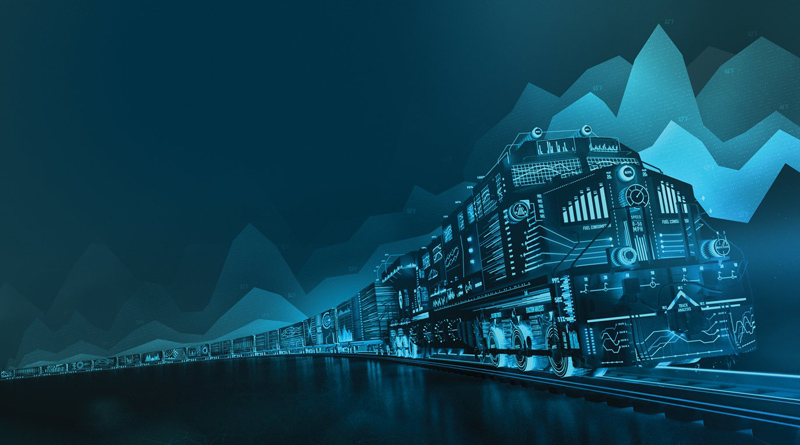 Industrial titan General Electric and France keep the plot twists coming. 2014 was the year the merger with Alstom took place. Two years later, GE is deploying its first Digital Foundry in Paris, where developers and data scientists will create predictive maintenance applications for GE’s clients. The Predix platform is GE Digital’s answer to the disruptive GAFA barbarians. The GE Digital business unit was recently created with the mission to accomplish the cultural revolution towards digital, or, as we like to say in Presans, to become the barbarians. It is headed by Bill Ruh, who doubles as GE’s Chief Digital Officer.

Louis Naugès recently provided an interesting competitive analysis of the digital industrial field. He first places the digital industrial vertical on the background of cloud computing, which is dominated by AWS (Amazon Web Services), Google, IBM and Microsoft. The domination exerted by these four companies has only increased in recent years, pushing smaller players out of business. AWS is far ahead of pack, and is Amazon’s most profitable business.

Naugès then focuses on GE, noting the alignement of the Digital Industrial strategy with the arrival of the Fourth industrial revolution. The experience of GE Aviation shows that there are three main aspects of Digital Industrial:

Where the competitive situation gets complicated is that GE considers AWS as a partner to support Predix operations. But at the same time, Amazon has recently announced an IoT cloud, which is a direct competitor of Predix. How things will evolve from there is anyone’s guess, as other big players are also entering the IoT cloud market.

Respected science-fiction author Bruce Sterling’s short 2014 essay The Epic Struggle of the Internet of Things makes the point that the main contenders for the digital crown engage in a specific form of disruption he terms wrangling: “The classic wrangle is to give away, to bestow, in a lordly fashion, what the other guy most prizes in life.” Because of this peculiar form of disruption, industries peripheral to a GAFA’s business model tend to turn into scorched earth.

At Presans, we like to keep things edgy. Unexpected sources can provide interesting expertise. This is how Sterling characterizes General Electric’s digital platform strategy:

“Then there’s General Electric. This ancient, time-honoured house makes jet engines. They’re so ancient that they’re still loyal to the cause of Things, like Celts in the Norman Invasion. General Electric once knew all there was to know about jet engines. That’s why they reacted in horror when they realised that digital intruders were in danger of knowing much more that they did. Whenever normal, conventional industrialists build a jet engine, they do a lot of math first, they smelt out the parts, and then fire it up and they see how it explodes. The Internet of Things industrial approach is radically different. Basically, it covers a jet engine with about a zillion spy devices and x-rays it in real time, compiling a colossal Big Database of the thing’s behaviour. This scheme required a scarifying level of computational power that General Electric did not, at that point, possess. However, GE knew better than to give away power to the marauding likes of the Big Five. Instead, General Electric formed its own computational elite. It hauled in a blinking and disbelieving AT&T, plus veteran IBM, wily Cisco and disgruntled, ingenious Intel. It even got the tacit approval of the US federal government: a legal and political permission that the Big Five would never bother to ask for. The “Industrial Internet” is more than a palace clique. It’s the major armed force on the IoT landscape. Even the Big Five majors wouldn’t dare to risk the fury of this coalition; likely, some diplomatic negotiation is in order, ornate schemes involving dynastic marriages, glittering joint enterprises, much-trumpeted pilot projects, that sort of thing. However, suppose that you are “internet”, but you don’t happen to be American. If that’s the case, then the strategic alliance of GE, AT& T, IBM, Cisco and Intel looks an awful lot like a military-industrial “Internet of American Things”. Their “Industrial Internet” might, perhaps, be perceived as a scary, NSA-friendly, neo-Cold War apparatus from the world’s last remaining military superpower. An electronic cyberwar conspiracy, aimed directly at the future prosperity of Huawei – or even harmless, unsuspecting Samsung!”

Only time will tell how much of a game-changer the Digital Foundry represents!