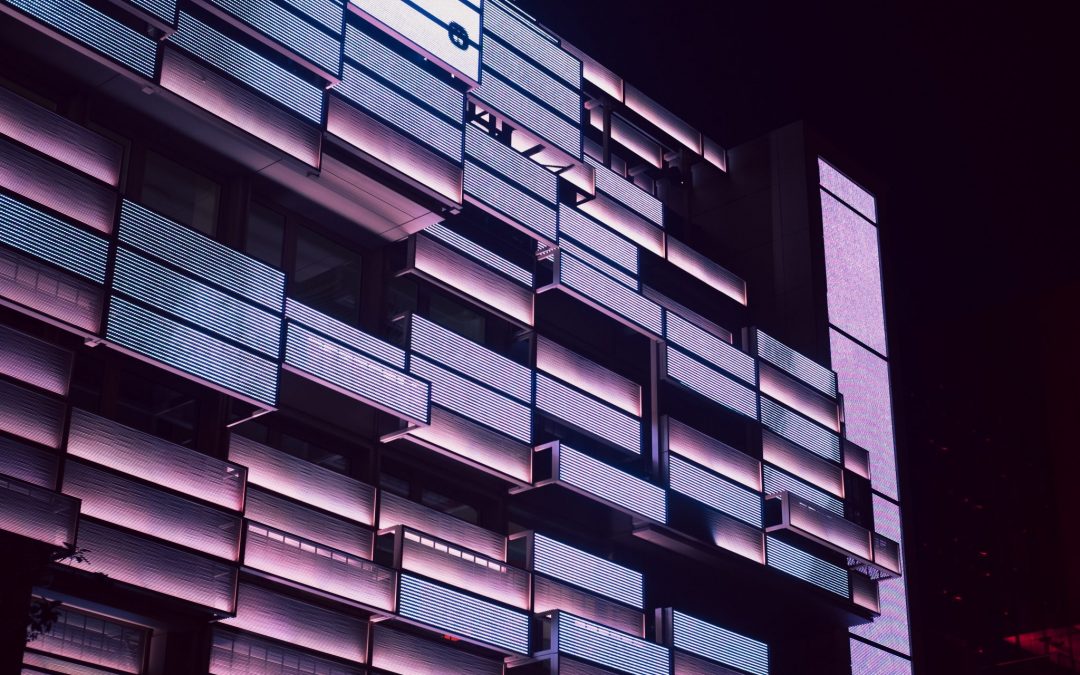 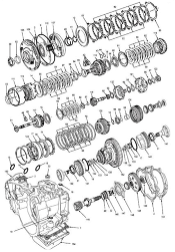 “The typical car contains about 2,000 components, 30,000 parts, and 10 million lines of software code.” Despite this complexity, modern cars are significantly more reliable than their predecessors.

Indeed, the industry has developed–based on great effort over many years—the capability of assembling this intricate set of assemblies and parts, while achieving failure rates near zero. John Paul MacDuffie and Takahiro Fujimoto continued:

“Which companies are best equipped to design the cars of the future? Those that have amassed the systemic knowledge to coordinate all the work and the many partners involved.”

(The diagram shows an exploded view of a portion of an automobile transmission.)

A direct consequence of the knowledge growth is the creation and availability of a multiplicity of technical solutions, including devices, tools, materials, and subsystems. As a way of sensing the degree of this ongoing change, try to list the different methods for measuring temperature that we have today in our engineering toolbox. The good old fragile, glass tube that was used by Galileo Galilei1 still exists, but there are many alternative solutions that are lower-cost, faster, more rugged, and more integrated. For example, a temperature measurement device can be introduced as a component in an integrated circuit. We can describe the same explosion of possibilities in nearly every field. In other words, the content of the grand catalog of all components, parts, and sub-systems that can be used to build a product has followed a parallel path of growth and acceleration to that of knowledge. A grand catalog of components also exists for service industries—tools such as credit cards, phone networks, the Internet, 2-D bar codes, and many other digital tools—and presents an increasingly rich number of combinations.

On one side, this toolbox is increasingly abundant. On the other side, companies are willing to provide customers with a superior answer to their needs. If a customer wants a product to perform a given function, a basic solution exists, but to avoid commoditization, a company includes an additional feature in the product. Competitors soon copy the feature and perhaps even reply with another additional feature, escalating the race. If both of these features are satisfactory, they soon become standards from the customer’s perspective.

Then the cycle of innovation continues, with the companies adding yet another feature to the product. Eventually, a product that initially performed a basic function is gradually wrapped with multiple layers of additional features. Piling on feature after feature is not difficult, thanks to the enriched possibilities offered by the ever-expanding toolbox. Adding a sensor, a motor, a logic circuit, memory, or a link to a product is now possible at a reasonable cost, and if the additional feature will please customers, some companies offer it.

As a net result, after many cycles of additive improvement, products are now bundles of features layered on the basic function. Products are becoming increasingly complex, combining layers of technology and offering multiple complementary functions.

This increasing complexity is visible when looking “under the hood” of almost any product or service in almost any industry: financial products, home appliances, professional software packages, air travel pricing, automobiles. The high end, at least, of each of these product lines is a complex assembly.

Moreover, this trend of increasing complexity has affected not only products but also production. Production lines have become extremely complex. Processes in service companies are also becoming complex. For the sake of control and optimization, they incorporate option gates, feedback regulation, and artificial intelligence of many types.

The automobile is indeed the archetype of a product that has existed for more than a century and during that time has evolved from a somewhat complex system to an incredibly complex system. Like many other products, such as airplanes, specialized machinery, and robots, automobiles now incorporate elements from mechanics, hydraulics, electrical engineering, digital electronics, telecommunications, and so forth

Somewhat simpler products have an even larger combination of knowledge packages that can be used to build their market propositions. For example, the iPod, launched in 2001, has been updated through six generations thus far and has generated spin-off products in terms of miniaturization (iPod Mini and iPod Shuffle), video-player functionality (iPod Nano), and touch-screen functionality (iPod Touch and iPhone). Basically, iPod systems incorporate the following set of features (those that are core competencies for Apple are shown in bold font) to serve a customer’s desire to listen to music:

This extensive list contains hardware, software, services, and a total-package business proposition enabling the customer to enjoy music. It is a perfect example of a rather complex system providing, to today’s standards, a satisfactory solution for music listeners. It was a success, although streaming alternatives are now changing the odds.

The increased complexity of products and services has not affected only high-tech industries. In the inset below, we present the example of a new product, a pressure cooker that is much more complex than the copper pan used by our great-grandmothers. 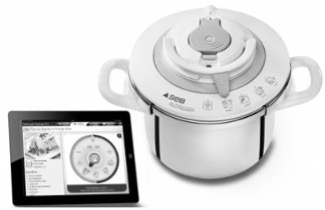 At the 2014 Consumer Electronics Show (CES) in Las Vegas, Nevada, Groupe SEB introduced a pressure cooker. This is the same technological innovation show at which Parrot presented its famous drone in 2010. Among flocks of virtual-reality goggles, swarms of smartwatches, battalions of smartphones, and electric bicycles, Groupe SEB introduced NutriCook, an Internet-connected pressure cooker. The device downloads a recipe follows a predefined temperature profile and alerts the user when an ingredient must be added. The service also includes a forum for users to exchange recipes and to provide tips for using the device. For Groupe SEB, a leading appliance company, NutriCook is a first step in entering the future world of connected cooking and home management, making customer lives easier, more efficient, and more fun.