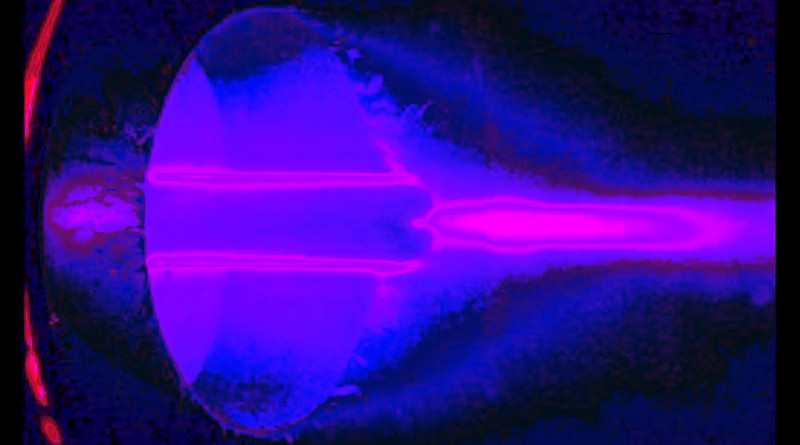 This fact sheet on nuclear space propulsion summarizes some facts deemed significant by our Fellows as part of the Presans Platform activity.

It is again a question today of transporting cosmonauts to the planet Mars and beyond. The development of reusable chemical propellant launchers is one aspect of this challenge. But other technological possibilities for this type of trip exist. Among them, nuclear propulsion. Since the energy density of the nuclear reactions is greater than that of the chemical reactions, the ratio between the mass of the fuel and the total mass of the spacecraft could be considerably reduced. However, the reactor itself is difficult to miniaturize. Several possibilities of transformation of the energy of the reaction are presented with their advantages and disadvantages. Among the different types of nuclear reaction, it is the fission of atoms which is considered as a rule.

The various forms of nuclear propulsion exist with varying degrees of technological maturity, knowing that none is currently operational. The first unbridled R&D phase of the 1950s and 1960s in the US focused on pulsed propulsion, which generates thrust through nuclear explosions. Subsequently, pulsed propulsion occurs essentially in futuristic spaceships concepts.

Towards the end of the space race, both the US and the USSR have considered adding thermal nuclear propulsion to their larger rockets. These concepts remained in the state of prototypes. They propose to heat and eject a propellant fluid at high speed.

In addition to thermal and pulsed propulsion, other types of nuclear propulsion exist:

The nuclear reactor can also be used to power ionic or electric thrusters. Various combinations between nuclear and electric are possible.

The maximum thrust provided by a nuclear propulsion system may not be sufficient to launch a rocket from the Earth. The utility of the nuclear propulsion then intervenes once the rocket put into orbit, for example, to make a trip between two planets.

One of the biggest challenges is the radiation emitted by the reactor. This point is a second reason not to use nuclear propulsion to launch rockets from the Earth. Radiation also poses a problem for the integrity of the rocket and its passengers.

The cost to develop a reliable and secure operational system could be exorbitant.

The US, Russia, and China are currently exploring nuclear space propulsion.