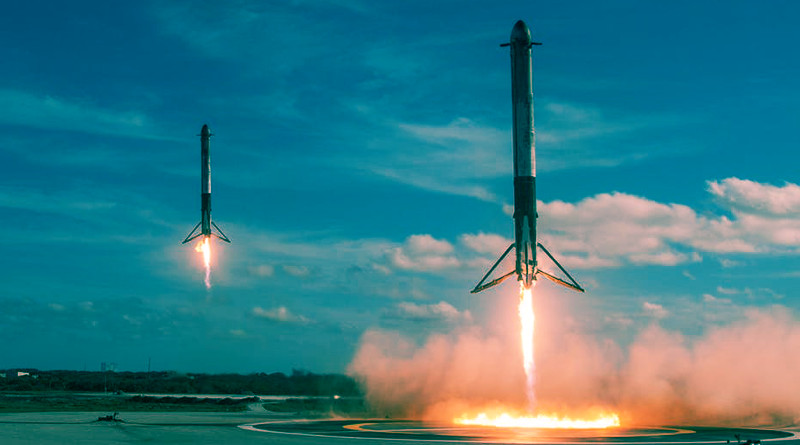 This technology sheet on reusable launchers summarizes some facts deemed significant by our Fellows as part of the Presans Platform activity.

Single-use launchers have long been a consensus in the aerospace industry. The only operational launcher was for a while the American Shuttle, very expensive to reuse and insufficient reliability.

The reuse of launchers has come back to the technological agenda largely because of the emergence of SpaceX. Other players also develop reusable launchers, but do not communicate, or have not communicated for a long time.

The demand for access to space is exploding around the world and it is this demand that is now driving the development of reusable launchers. Reusability makes it possible to reduce the blow, but also to increase the launches rate.

Another application envisaged by SpaceX is rapid transport from one point of the Earth to another.

The development of this technology also has military applications.

Since 2015, SpaceX’s Falcon 9 model has made dozens of returns from exo-atmospheric missions. SpaceX has developed a heat shield to overcome the problem of return friction in the atmosphere. The payload is twice as small as for a single-use launcher.

Reusability remains for the moment limited to the first stage of rockets. Projects to realize reusability of the cap and the second floor are underway.

In the same way, the question arises as to how many times an engine can be reused in a reliable way, knowing that each launch places the system in extreme conditions.

The main technological brick of reusable launchers is the engine.

3D printing is an attractive technological brick to offset any loss of economies of scale.

In the United States, several players are developing reusable launchers, including SpaceX and BlueOrigin. It is interesting to note the emergence of the company Relativity Space, which seeks to solve the problem of reduced economies of scale, mentioned above, by the use of 3D printing.

In Europe, concrete international projects exist to develop reusable launchers in the medium and long term. CNES and ArianeGroup are developing a reusable engine that is partly produced by 3D printing, called Prometheus. This engine is designed to power a small launcher first and then, in the longer term, to be put into battery to power a reusable launcher of intermediate size. These developments would result in 2030 to the possibility of having a reusable Ariane rocket.