Thales leaves nothing to chance 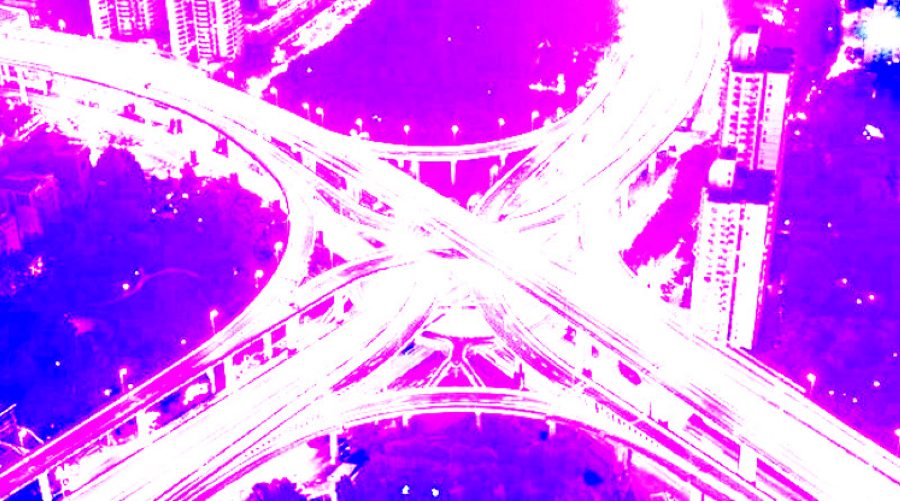 The Thales Group is active in the defense, aeronautics, security, space, and ground transportation sectors. We recently reported on Thales’s digital transformation through its Digital Factory. However, digital transformation is only one aspect of the group’s innovation strategy. To understand this strategy, I went to meet Marko Erman, Research & Technology Director.

He reminded me that the fundamental competence of Thales, in the sense of what makes the company competitive, lies in the control of critical information systems: security, control, forecasting, risk management. It is this fundamental competence that guides Thales’s substantial effort to innovate: more than 20% of the turnover spent on R&D, and more than a third of the group’s employees assigned to R&D (researchers and engineers).

The notion of a critical information system refers to that of the decisive moment: where the fate of a system of data or objects, an infrastructure, or a group of people is at stake. Where, in other words, the margin of error must be zero.

Because Marko Erman also happens to be an emeritus photographer, I can not resist the temptation to mention the famous decisive moment captured by Doisneau … A rapprochement that suggests that the character of the decisive carries with him a certain idea of perfection. 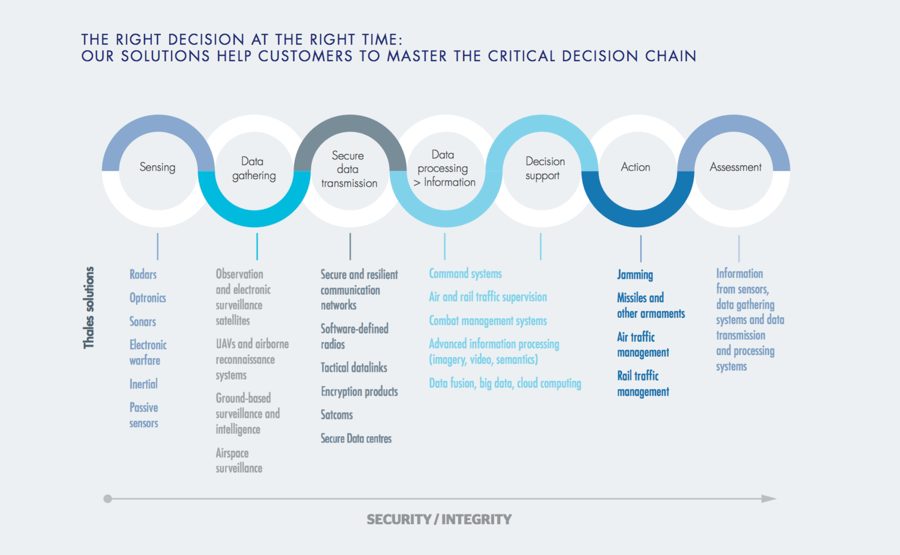 It is first by becoming one of the major actors of the French technological sovereignty that Thales was able to acquire this fundamental competence. For thirty years Thales has designed and operated the information system of the Ministry of Defense. It can also be noted that Thales’s vision of European digital sovereignty today is a continuation of this historic role.

Reap the benefits of a successful verticalization strategy

With the arrival of Patrice Caine in 2014, the group has consolidated a verticalization strategy based largely on proximity to end customers.

In line with this strategy, Thales has taken stock of the diversity of contexts in which its customers operate. Unlike the DGA (Directorate General of Armament), civil actors are not necessarily able to provide the full specifications of user needs by themselves. To adapt to the diversity of contexts, Thales has developed a co-development capability for solutions and prototypes based on proximity to users.

Among the experiences that helped to forge this new ability to converge the desirable and the feasible: the development over a period of several years, and many functional prototypes tested by users, a cockpit of the future by a team Thales based in Bordeaux.

A good example of a project where Thales’s core competency is unfolding in a new context is securing flows related to the Mecca pilgrimage.

The rise of the digital component of the transformation

Faced with these deep and massive developments of the group’s activity in civil verticals, the digital transformation appears as an additional factor to reinforce the orientation towards the user of the group.

Spatial is the first market where the impact of digital transformation – more the work and innovation methods related to digital than the digital technologies themselves – has come to light. SpaceX, the nano or micro satellite projects, have contributed a lot to get the industry’s eyes off the ground.

The new players are characterized by their small size and their rapidity. Although it is essential to make large groups more agile, Marko Erman considers it illusory to seek to transform the organization of large groups in the hope of turning them into startups. The risk-taking/speeding compromise is different in a large group from what it can be in a start-up.

The agility and the ability to rotate startups are related to their mode of financing, adapted to a Darwinian exploration of a highly risky space, where the number of elected is small compared to that of the contenders.

“For an entrepreneur, failure is part of the learning curve.” – Marko Erman

A phrase that shocks in France, less in the United States where some investors require that the team of a startup is in possession of several experiences of entrepreneurial failures.

If they must avoid wanting to change everything at once, large groups should not sit idly by. Thales’s strategy has been to create a small structure capable of exploring and disseminating to the rest of the group what works: the Digital Factory.

For Thales, the goal is nothing less than to become an essential digital platform within the global ecosystem of large civilian or military infrastructure projects where security is essential. And this does not matter what changes are taking place in geopolitical plate tectonics.

To innovate, you have to decompartmentalize

Becoming a platform also means winning the war of technological talents that companies and countries are currently engaged in. Recruitment, retention of the best, working conditions, challenges: everything must be designed to bring happiness to R&D engineers and researchers in the group.

In the end, it is a question of encouraging the appropriation of the innovation by all the actors of the group, by widening the circle of the convicts, the sponsors, those who share the same vocabulary through the whole of the functions, verticals, and sites.

A fundamental skill is not always the same as a reason to be or an inspiring mission. But in the case of Thales, we can say that it is.