Renault: Capable of anything 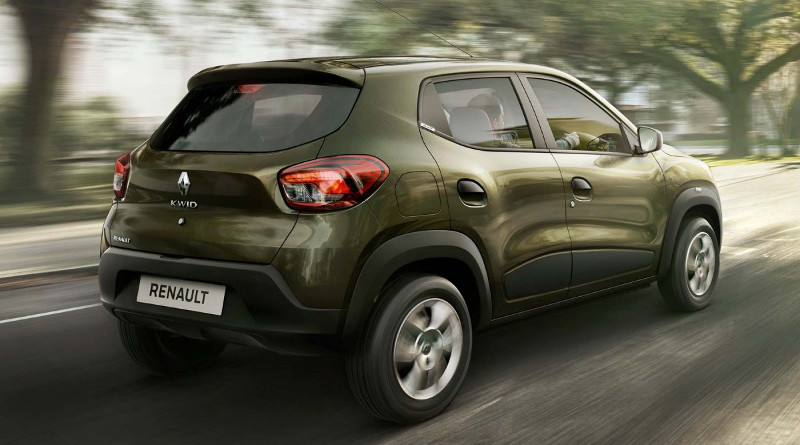 “Nothing great has ever been accomplished in the world without passion.” — Hegel

The Renault group pursues a dual strategy of globalization and innovation.

This strategy is based on a passion for the automobile, which has been part of the company’s identity since its beginnings in France more than a century ago.

Dual Strategy: target emerging markets with functional and affordable models; to position itself at the forefront of the electric vehicle revolution, connected, and autonomous in mature markets such as Western Europe.

In appearance the results today are good overall. In the long run, the financial players seem to favorably evaluate the group’s strategy. The Renault stock has been multiplied by a factor of five in ten years.

But the group’s current performance in China and India is disappointing. But China, in addition to being a huge market, is a key market for the electric vehicle.

Is this a worrying failure or, on the contrary, have we seen nothing of what Renault is really capable of?

We shall attempt to answer this question by applying the analytical key of the open organization.

Let’s start with the latest news: the adoption by the Renault-Nissan-Mitsubishi Alliance (RNM) of the Android operating system developed by Google for next generation information and entertainment systems.

The titans of digital transformation have long accumulated enough financial resources to acquire the entire automotive industry. But this is not the way they seem to want to enter the mobility market.

Although the terms of data sharing between Google and the MNC alliance are not publicly known, it seems clear that this new alliance will have profound consequences for the future of the entire industry.

A platform strategy with two objectives: critical mass and strong position in the mobility ecosystem

The notion of platform, as defined in the context of digital transformation, can not be applied directly to the automobile industry. Indeed, the latter commonly uses a strictly industrial platform concept.

An industrial platform is characterized above all by its ability to produce a maximum of different models with a minimum of productive infrastructure.

In the context of the automotive industry, models based on brand logic are turning to an increasingly efficient productive infrastructure.

If we consider the entire productive ecosystem, massively composed of equipment manufacturers, it is the entire automotive industry that can be apprehended as a set of platforms used by a large number of brands.

The horizon of this logic would be the unique automobile platform, capable of organizing the entire ecosystem around it.

A second aspect specific to the automotive industry concerns the systemic aspect of innovation when it comes to electric cars. The electric car can not be a real mobility solution without an adapted infrastructure.

But the transformation of the infrastructure in the direction of electric mobility is no longer separable from a more general transformation towards the connected and autonomous vehicle, itself more and more associated with a variety of uses and economic models. including the sharing or transport of parcels.

On all these aspects, Renault has long been a pioneering player, with the main target being mature markets in developed countries.

User-centric & functional : what is a car today?

The strategies of the actors of mobility that are the major car manufacturers appear in this context as so many bets on the future.

In the past Renault has achieved great triumphs by offering cars to live in tune with the times, such as space designed by Matra, or the Twingo.

However the status marker function of the car has not disappeared. This is particularly the case in China, where the majority of cars in circulation in cities of rank 1 or 2 are worth 30k euros or more.

Renault’s positioning is not obvious since local brands have become competitive.

In the face of these Chinese brands, only some German brands and Tesla are doing well, outperforming them (social marker function).

In the long term, Renault must find a way to position itself in the high-end market. It is in this sense that was recently revived the Alpine brand.

Renault’s strategy is based on a policy of controlled openness, key to survival in an industry whose home markets are largely saturated.

On the one hand, it means reaching the critical mass of the 10 million cars produced by maximizing synergies.

The group practices a policy of open innovation through hubs located at strategic points. Innovation labs must explore the future of mobility, articulating technology, uses and business models.

An inspiring mission is all the more concrete because it takes a concrete form and provides unlimited means.

The opposite of this inspiring force is the logic of preserving budgets and bureaucratic perimeters – a logic of survival that is inevitable but nevertheless indicative of organizational relaxation. The game no longer exists, or less, at the service of everything.

The inspiring force of a mission is not measured simply by considering its statement, or by scrutinizing slogans. Its intensity, or lack of intensity is often noticeable in the leadership acts of the organization’s leader.

Louis Schweitzer launched the Logan project by announcing on RTL that Renault would design a car at 5000 euros. Nobody knew about it. Back in his office he let everyone know that they had to get by now to reach the goal.

“Renault is a company that loves challenges.” – Louis Schweitzer

The leadership of Carlos Ghosn is also characterized by a strong ability to set a concrete course for the company, while respecting its historical identity based on passion for the automobile. This passion is expressed in particular by Renault’s participation in car competitions.

Including Formula 1, where Renault, advised by the legend Alain Prost, is in the position of the outsider challenging the dominant stables.

Victory through hybridization in China ?

“In China, we can not sell the Leaf. Too expensive and too sophisticated. We can not sell the Renault Fluence. Too expensive. What is selling in China? Low cost electric cars, “said Ghosn. “So we are putting alliance engineers to develop a low-cost EV Kwid for China. I just tested the car in China. It will be a very well designed car at a very low cost.” Carlos Ghosn November 2017

At the end of 2017, Carlos Ghosn said that Renault will put on the Chinese market an electric version of the Kwid.

As Bo Chen shows in his thesis directed by Christophe Midler, this strategy is a hybridization of the two main lines of disruptive innovation pursued by Renault : low-cost functional vehicles and electric vehicles. 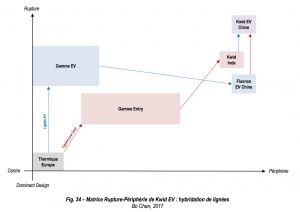 The most important Chinese electricity market is a relatively hidden market: the micro-electric vehicles used in third-tier cities or in the countryside. This market has developed independently of any policy, by the demand for simple transportation solutions.

By offering a low-cost electric car, Renault can create a surprise and, once again in its long history, be one step ahead of its competitors – provided that marketing and distribution solutions adapted to the targeted market segment are put in place.

← SNCF : "Oui" to open organization ? Thales leaves nothing to chance →