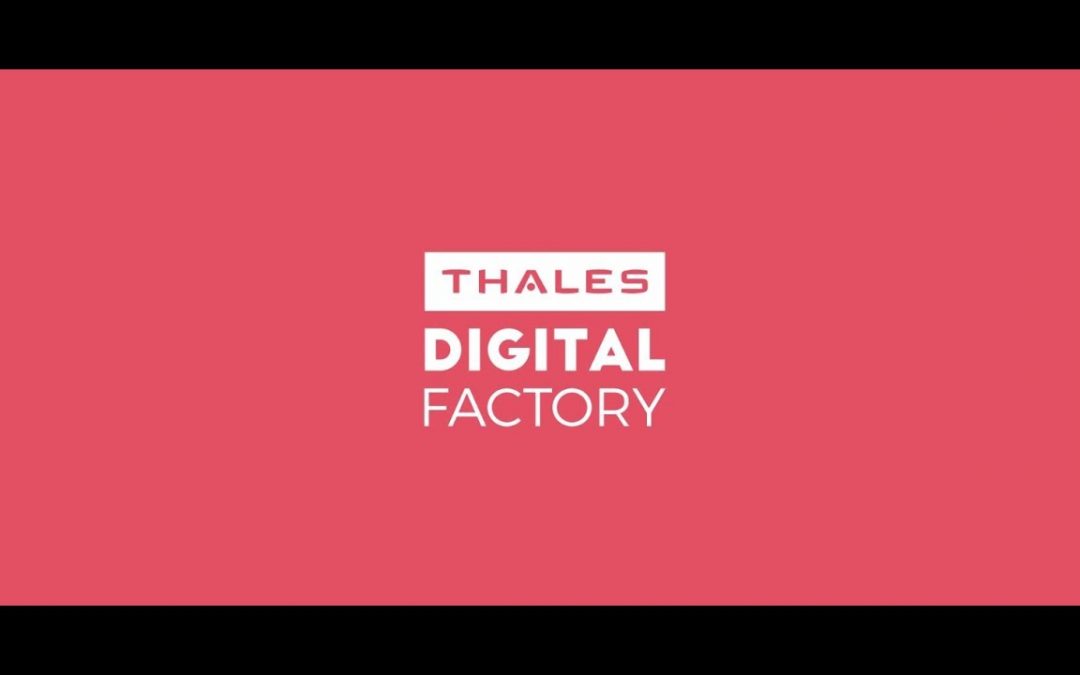 For reasons we have discussed in our article DARPA, the F-35, and the return of Russia, innovation is currently still stronger in the civilian sector than in the military sector. One of the major challenges for a group such as Thales is therefore to open itself up to the digital transformation powered by technologies and methods originating from the civilian sector.

It is preferable to keep in mind a distinction between two levels of innovation:

In the case of Thales, the digital transformation plan of the company goes under the name of Digital Factory. Launched in 2017 with a budget of 150 million euros over three years, its deployment is led by Olivier Flous, VP Digital Transformation and Digital Factory of Thales. The organization currently numbers 220 people.

The vision of the organization of the digital transformation expounded by Olivier Flous is based on the perception of a new technological revolution, where knowledge and data replace the role of energy in previous revolutions. 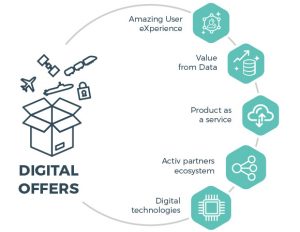 And, on the other hand, in a transformation of the ways of working: 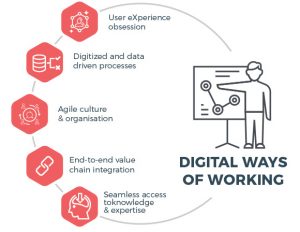 Let’s quickly discuss the five attributes identified by Thales, which determine the digital transformation of the market offer. The first attribute is the “Amazing User eXperience” (AUX), which puts the end user at the center of the design. The second attribute, “Value from data”, consists in constructing the value proposition of a service on the basis of data. The third attribute, “Product as a service”, makes it possible to sell the use of a function, underpinned by a physical asset such as a radar detection system for example, without the need to transfer ownership of the underlying asset. The fourth attribute, “Active partners ecosystem”, makes it possible to mobilize the resources of a multitude of actors external to the company. Finally, the fifth attribute, “Digital Technologies”, implies the objective to become the “platform player of reference”.

Veteran readers of open-organization.com will have recognized the main attributes of the open organization:

The attribute of the Aspirational Mission remains implicit in Olivier Flous’ framework.

In the case of the five factors that determine the digital transformation of work patterns, they are in part the pendants of the previous attributes, especially for factors # 1, # 2, and # 4, “User eXperience obsession “,” Digitized and data-driven processes “and” End-to-end value chain integration “. As for the other two aspects, they are specifications of the work organization: agile method and fluid access to expertise.

In this articulation of a vision we find a certain number of convergences with the one outlined by Albert Meige during his conference on work in 2033.

A number of principles emerge from this vision:

Q&A, as is often the case when it comes to digital transformation in industry, focused on the prospects of the current war between industrial digital platforms, as well as on the role of negotiation in assigning ownership of data.

We plan to further investigate the Thales approach to digital transformation and open organization.

← DARPA, the F-35, and the return of Russia: in a world of new conflicts, technological leadership requires open organization Digital transformation in higher education: the case of HEC Paris →