Digital transformation in higher education: the case of HEC Paris 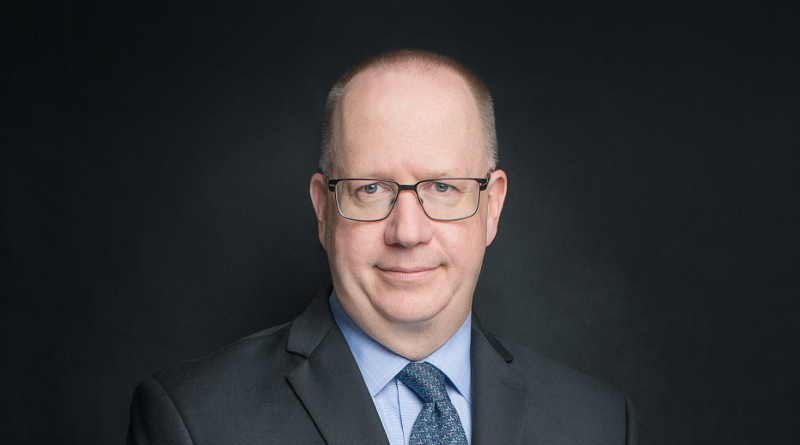 Interview with Peter Todd, coupled with some personal reflections.

After having interviewed economists (Jacques Attali etc.) and captains of industry (Patrick Koller, CEO of Faurecia, Albert Asséraf, CEO of JCDecaux etc.), debated with philosophers and other thinkers (Luc Ferry, Eric Sadin or Aurélien Bellanger), after having studied in depth the specificities of the political movement En Marche, after having sought to understand transforming technologies such as the blockchain with one of the greatest specialists in the world, I continue my quest to describe the organizations of the new world. This time, I decided to focus on the field of education. Having graduated from HEC Paris and being responsible for an executive program on digital transformation at HEC, it seemed natural to me to interview HEC Director Peter Todd.

By way of an appetizer, I wanted Peter Todd tp react to an excerpt from the War of Intelligences, Laurent Alexandre’s latest book: “From 2035 on, education will become a” branch of medicine “, using the immense resources of neuroscience to first customize the transmission and then optimize intelligence bioelectronically. Another intriguing question I had for him: Coursera just raised $ 64 million to integrate AI into its platform… How likely is it that Coursera will eventually acquire HEC ? The answer to this question can be found in this article.

Peter Todd is the Director of HEC Paris. He is particularly well placed to anticipate scenarios that will impact the world of management schools in the future. According to him, two factors will play a key role:

According to this admirer of Winston Churchill, the actors and structures that will survive the transformations of the future will be those who manage to combine these two key elements judiciously.

Evolution of contents: towards a more transversal and systemic approach

One of the big changes, following a long-established trend, is the opening of training courses to major cross-cutting issues, such as entrepreneurial innovation, sustainable development or digital transformation.

The integration of these issues in education calls for a more systemic and multidisciplinary approach to teaching and research. It is a challenge to our current way of doing things.

There are interesting examples of how this systemic ability to deal with the major issues in today’s society can be addressed: Imperial College in London, and Schwartzman College in Beijing. The second example can be compared to the model of the Rhodes Scholarship.

Digital has an important role to play in spreading this transversal spirit by transforming the way of dealing with this type of question. Technology issues are rapidly becoming managerial, organizational, governance issues … and human issues.

Transformation of teaching methods and tools: the impact of digital

It is common to overestimate the short-term effects of technology, and to underestimate the long-term effects. According to Peter Todd, the fundamentals of education have not changed so much in 500 years, and a total upheaval in the next fifteen years hardly seems likely.

What is the key to success for new players in business education?

New players in the field of education attack the market in various ways:

Classic players of a new genre

Large consulting firms now offer business training, partly thanks to the digital multiplier of new technologies, which enables high margin levels to be achieved. Other actors such as Singularity University have attracted a high-end audience by combining expertise and technological messianism.

The middle of the management school market is being absorbed by low cost online offers. The best-known actor of the online training offer is Coursera. Even if universities and schools still hold a monopoly on the issuance of degrees, alliances or other mergers between platforms and traditional actors could change this situation in the future. Especially since there is great temptation for established education stakeholders to become platform partners in order to modernize. Coursera, which has just raised $ 64 million to develop artificial intelligence for its platform, is an company ultra-focused on the experience of its users. By offering them a killer app, they are getting a share of the market sufficient to obtain influence in the venerable ecosystem of higher education and beyond: advertisers, professors, universities, etc.

Faced with this, the business school elite (20-25 worldwide) continues to successfully exploit its existing business model, whose major product remains the MBA. The bottom line, according to Peter Todd, is to be agile and to experiment, this is the critical point, several models, looking for the best way to attract users to its platform. It is by creating an attractive offer that a dominant platform can be established. Technology plays the role of a necessary but not sufficient condition for success.

So, will HEC be acquired by Coursera ？

In this competition, HEC can rely two strengths:

Thanks, among other things, to a highly innovative academic team, assisted by an expert team in the development of online content, HEC recently launched a 100% online master in innovation and entrepreneurship: an offer designed, decided and implemented in less than a year – which is exceptional.

HEC Paris is not about to be acquired by Coursera. On the other hand, like Amazon, which is forming strategic partnerships with Monoprix, Coursera will undoubtedly seek to establish alliances with historical players. The future will tell us which ones …