Primavera de Filippi on the Blockchain 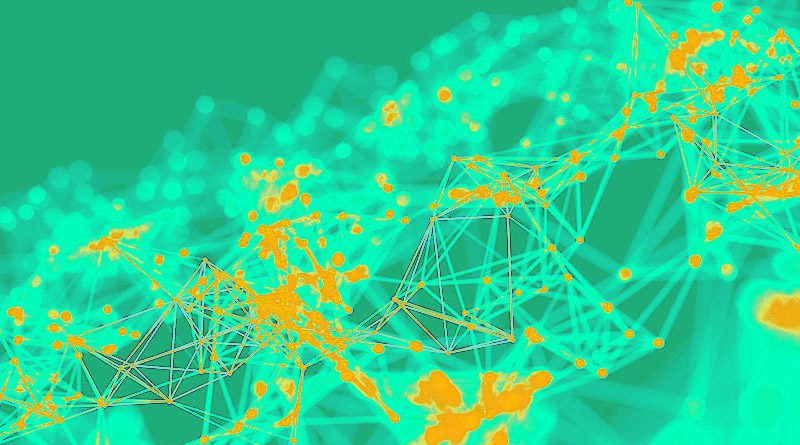 During a recent visit to Paris, Primavera de Filippi gave a seminar on one of her favorite subjects, the blockchain. She focused on three key ideas:

The increasing automation of production under industry 4.0 has many wondering about the place of humans in an economy that pushes as far as possible their replacement by machines.

The course of industrial revolutions follows a sequence of phases identified by Joseph Schumpeter. Technological innovation appears in this light as a game of destruction of positions established by the introduction of new technologies, which in turn are established pending their own replacement: an idea summarized by the famous formula of the creative destruction of capitalism.

According to Primavera de Filippi, technological innovations are at first generally associated with promises of social transformation in the sense of greater autonomy and individual freedom. These technological innovations then tend to connect with existing social structures, helping to strengthen and replicate them. This perpetuation of the status quo constitutes, according to her, a corruption of the liberating potential of new technologies, which would systematically fail to keep their promises.

2. The failed promises of digital transformation

According to Primavera de Filippi, the evolution of the Internet does not escape this pattern. The decentralized structure of the Internet is consistent with the original project of creating a nuclear fire-resistant telecommunications network. This structure at the same time makes the Internet resistant to attempts at control and regulation. The pioneers of the Internet were enamored of freedom and individual autonomy. The declaration of independence of cyberspace John Perry Barlow expresses this vision.

As soon as the commercial potential of the Internet began to be identified by both new and established players, the architecture of the Internet evolved towards greater concentration. Today a handful of large companies control the Internet: decentralized connections have been replaced by centralized intermediaries providing services to passive consumers. On the platforms of these centralized operators, the freedom of the users is limited. In addition, the vulnerability of the system to attacks is increased, since it is enough to penetrate the defenses of a single platform to have a massive impact, where previously it would have been necessary to hack a multitude of nodes of the network.

Centralization also makes the network easier to regulate: it is enough for governments to regulate centralized intermediaries, which are also a valuable tool for collecting data on users. A tool on which governments would rely more and more to monitor their citizens. Orwell anticipated a visible and intrusive surveillance system, contemporary digital tools operate rather invisibly and super-intrusively, with individuals users bringing all the data required for the constitution of a massive device for monitoring and control.

3. The challenge of regulating the digital world in general and the blockchain in particular

In terms of work coordination methods and business models, the Internet has also allowed innovation to be made by escaping existing models.

On the one hand, Primavera de Filippi considers the case of Wikipedia, where the coordination of contributors takes place without organizational hierarchy, and only from the existence of a shared goal.

On the other hand, she notes that the Internet giants are all based on the principle of unpaid user contributions, causing many deep disruptions in various economic sectors. The creative destruction is accompanied by a capture by the centralized intermediaries of the value created by the users. This centralization is also made possible by the absence of a pre-existing regulatory framework.

But has the Internet said its last word on this point?

In 1999 writer Neil Stephenson sketched the creation of new currencies, ten years later Bitcoin appeared: a decentralized virtual currency that trades without having to go through banks or financial intermediaries.

The maximum total amount of Bitcoins is set at 21 million by a program whose author is known only by a pseudonym: Satoshi Nakamoto. This program also determines the speed at which Bitcoins are produced as a result of the resolution of mathematical problems of increasing difficulty whose number-solutions can only be found by successive trials. A miner in possession of a solution hastens to broadcast it to the network for verification (an easy task) and will get new bitcoins in return.

What prevents the fraudulent copying of Bitcoins is Blockchain technology, which allows decentralized transfers. The register of all Bitcoin transactions is stored in a distributed manner, with each participant in the distributed registry helping to update it in accordance with actual currency transactions and creations.

Despite this decentralization, according to Filippi’s Primavera, Bitcoins have become more of a tool of speculation than of revolution, reproducing the dynamics of accumulation that one finds in the field of traditional finance.

Other crypto-currencies could however succeed in changing the situation. A new disruptive wave of blockchain-based applications is on the way. Among these applications: fundraising. But here again, the engine of evolution seems to be speculation: Bitcoins are used to speculate on new cryptocurrencies.

Beyond the financial applications, the Blockchain could provide new decentralized coordination tools, favorable to transparent collaboration, in which different contributors are held accountable for their actions.

A current zany and popular application of the Blockchain is the production of crypto-cats (crypto-kittens).

There remains the question of the qualification of objects managed by the Blockchain. In the case of currencies or tokens, are they financial securities? Or should these currencies be considered in a different way?

Albert Meige, who moderated the session, asked why emerging capitalist models remain synonymous with concentration. Primavera de Filippi explained this situation by noting the difficulty of coordinating decentralized organizations. She also emphasized that it is the lack of regulation that favors concentration dynamics. The final question therefore concerns the possibility to regulate the Blockchain. This point highlights the differences in the functioning of the legal systems used around the world, all of which nevertheless face the same inherent difficulty of regulating this decentralized technology.