Kodak: the memory merchant that became a memory 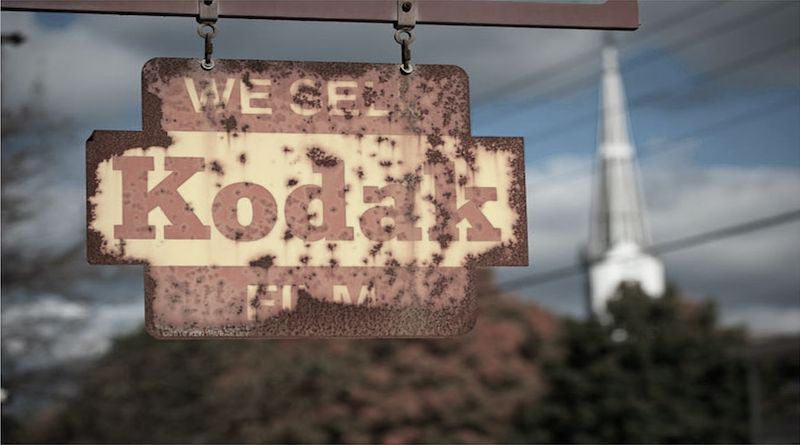 This article is an introduction to the April 17, 2018 seminar jointly organized by Total, HEC and Presans on Kodak’s missed digital turn, with the exceptional presence of Steven Sasson, the inventor of digital photography.

Capture of a workshop on LinkedIn, panoramic view of a beach on Instagram or untimely selfies on our Facebook timelines … Digital photography is today an integral part of our daily life, as a connected image. But this was not always the case, it was thought to be devoid of interest and without a future in its infancy.

It is indeed with the responsibility of a task considered insignificant that Steven Sasson, a 24-year-old engineer, begins his adventure at Kodak in 1973. His mission: to find a specific use to the device of charge coupling (CCD) developed in 1969 to convert emitted light into digital signals.

Sasson completes his recipe in 1975: converting these signals into numbers, storing the information in a RAM memory, transcribing it on a magnetic tape to connect everything to a television set. And PAF! It makes digital photos!

” Nobody will ever want to watch pictures on a TV screen! “

Sasson decides to present his device to a few Kodak executives: 3.6 kg on the scale, taking black-and-white photos of 0.1 megapixels in 50 milliseconds, recording on tape and diplaying images on a television screen in 23 seconds. This was the future happening — except it didn’t really. The reception of the idea did not really move the crowds, as Sasson explains:

“They were convinced that no one would ever want to watch their pictures on a TV screen. The photo only existed on paper and for over 100 years, no one complained about the prints and they were very inexpensive …”

The Marketing team identified a strategic positioning problem. Kodak, who made huge margins on film, did not see the point of questioning the pattern of the chain of production for images which they controlled from A to Z: Kodak devices, Kodak film sales, Kodak paper, photo prints based on Kodak emulsions … A real Apple before the hour, with less flair. Concentrated only on photography, powerful Kodak did not need anybody and especially none of its then-competitors, who were more diversified (Canon, Nikon) and showed an inclination for industrial alliances (Leica-Panasonic, Zeiss-Sony). At the end of the day, Kodak filed a rather bland patent for Sasson’s device, without particular investments on this new market.

18 years later, Kodak begins its digital shift and markets its first device. The company declares bankruptcy in 2012. In 2013, it has 8500 employees and specializes in printing on paper for businesses, at the time of the digital revolution. Enough said.

So how did Kodak get so excited by letting the digital revolution slip through his fingers? What do we have to learn from the evolution of the concept of industrial risk-taking from the point of view of decision-making from yesterday to today? Would Kodak take first place in the Fortune Global 500 if its executives had used the Presans Conciergerie Service?

These are examples of questions we will discuss during this exceptional seminar, in the presence of one of the main protagonists of this case study that continues to unleash the passions of industrial strategists of all kinds.

← A remarkable event : Optic Talks 2018 Primavera de Filippi on the Blockchain →
Share this...