San Francisco: a story that begins with the end 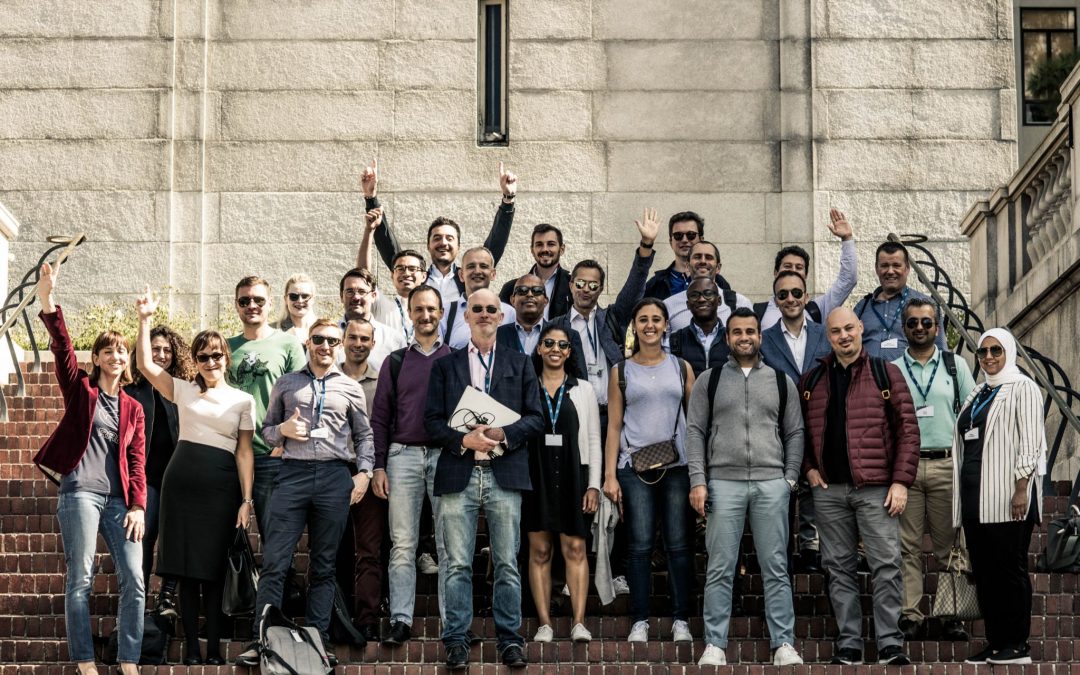 This story starts from the end. The end of the immersion week that I just spent with 35 of my executive students from the HEC Leading Digital Transformation program. Sunday, October 13, 2019, after running along the ridges of Tilden Regional Park, I walk the streets of Berkeley and find myself in the middle of a horde of hippies. It smells like weed. I hear it’s Grateful Dead day … Berkeley, the mythical city of San Francisco Bay, at the crossroads of tech and a more alternative scene.

A story that starts from the end, but a story situated at the epicenter of tech, where it all started.

A story that starts from the end, also because “starting from the end” is precisely one of the key messages of this immersion week. UC Berkeley. San Francisco. SalesForce. Pinterest. UpWork. Chime. Palo Alto. Amazon. Facebook. Paypal. Linkedin. Synthesis through the prism of Open Organizations. Synthesis through the 5 characteristics of modern organizations: user centricity, data-driven, platform strategy, on-demand talents and inspiring mission.

Stuff as a Service: start from the end of the value chain

In the Open Organizations framework, we talk about functional and user centric enterprises. It’s a synonym for Stuff (1) as a Service: Bank as a Service, Food as a Service, Mobility as a Service, Finance as a Service … even HAAS as a Service, recursive acronym imagined by my colleague Prof Greg Lablanc with whom I built the program Leading Digital Transformation.

Any new business is here conceived as a service. A service often delivered on demand.

Ryan King, co-founder and CTO Chime, among the top 5 neobanks and growing at a rate of 350%, tells us that they have identified the number one problem of their users: making ends meet between each payday (2) and have solved it before moving on to the next issue. This focus allows to strip the classic banks of their customers. Once a solid base of users is installed, it will be possible to diversify (loans, investments, insurance, etc.).

Marc Escobosa, Director Innovation at SalesForces, talks about transcendence: we must rethink value creation globally: start from a blank page by adopting a system approach.

Fiji Simo, Director of the Facebook application, which represents a department of 4000 people, explained to us the segmentation of applications to attract new users: Instagram is used a lot by teenagers, while Facebook is rather designed for older populations (University etc.).

Alpha for everything: data and algorithms to optimize the business

Professor Greg Lablanc likes to say that there are two types of businesses: tech companies and dead companies. The tech companies are the data driven companies. In the same way that one calculates the alpha in finance (3), the organizations of the new world calculate an alpha for all the functions business (HR, marketing, finance, operations etc.) and identify the correlations between this alpha and various levers so to determine in a quantitative way optimization levers: the systematic collection and analysis of data for all business functions makes it possible to describe, diagnose, predict, and then prescribe. For Gregory Renard, one of the best experts in artificial intelligence, data will have the same impact on society and businesses as electricity in the past.

Ya Xu, Director of LinkedIn’s Data Science Department, explained how her team of 250 data scientists is turning LinkedIn into a data-first company. How thanks to the data, every LinkedIn business pillar (hire, market, sell and learn) is being optimized.

Data and algorithms are inseparable, but they do not have the same value. Indeed, we observe that tech companies willingly share their algorithms. On the other hand, the data are jealously protected. Kwame Yamgnane, co-founder of École 42 in Paris and its subsidiary in Silicon Valley, also explained that with the data of his new startup edtech, Qwasar, he will have access to talent before LinkedIn, to software before GitHub and to companies before Y-Combinator.

APIs eat the world: all modern companies have platform strategies

We often hear that not every business can be a platform. The truth is that all the companies we went to have a platform strategy in one form or another. The platforms I call infrastructure platforms, which some call meta-platforms, are more or less equivalent to the APIs that can interface with an ecosystem (internal and external) that contributes to creating and capturing value.

With Amazon Web Services (AWS), Amazon is the infrastructure platform par excellence, on which many other services and many other businesses are based: Netflix, Expedia, Slack, Dropbox, Adobe, Airbnb etc. The micro-service approach of Amazon allows a very great versatility. Even in case of failure (eg Fire Phone), the bricks are immediately recycled for other applications (eg Alexa).

Ekram Mukbil, explained how Nvidia, formerly known for its GPU in the video game field, now a major player in AI, particularly in the field of mobility, provides its ecosystem with its own infrastructure platform allowing access to various layers between the middleware and the physical layer.

Mike Todasco, Paypal’s Director of Innovation, explained that Paypal really took off by becoming an API company that provides third-party companies with its “trust” and transaction system for their own applications.

We spoke earlier about SalesForce, also an iconic example of the platform approach that is still growing at an incredible pace. Not only did SalesForce, focusing initially on a killer app, attract a very large pool of users, and then diversify massively to other verticals, but in addition SalesForce managed to become an API company, allowing others to build their own applications on their database.

The Talent on Demand dimension of the Open Organization framework characterizes the propensity of an organization to mobilize human resources on demand – and this can take many different forms. It can be a company that mobilizes talent through its own platform (eg Apple mobilizes more than 200,000 developers through the AppStore development environment), or it can be a traditional business that uses a freelancing platform such as UpWork.

So what’s up ? Stéphane Kasriel, CEO of UpWork, does not think that LinkedIn will be a competitor tomorrow, that is to say, a player in the gig economy. A potential acquirer? Why not. I asked Wailun Chain, VP FP & A of LinkedIn, the same question, and he seemed slightly embarrassed. So is the vision described in the TED conference I gave a few years ago becoming reality? Not yet (either that or no one talks about it). On the other hand, interestingly enough, just a few weeks ago Uber launched a new service: Uber Works, a platform to mobilize low-skilled labor on demand (after the killer app, the platform strategy… ).

The years go by. Startups are growing. Everything is still going fast.

(1) Replace “Stuff” with whatever you want.

(2) With conventional banks, when the salary is paid, it is not immediately available in the bank account, resulting in overdrafts and high bank charges.

(3) Alpha, in finance, is the performance indicator of an asset relative to its benchmark.