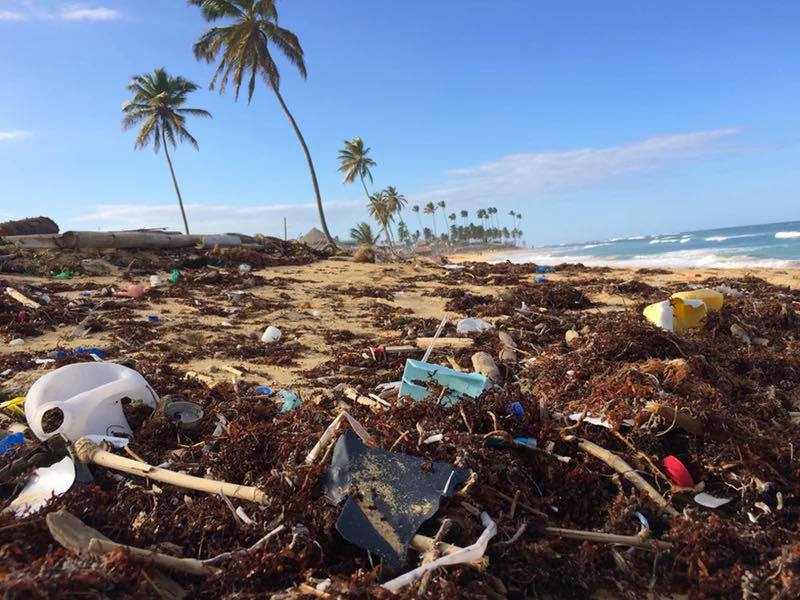 Plastic wakes us up from the sleep of systemic thinking

The ancient world of classics was building for eternity. Modern structures are temporary exploits that stand out as economic calculations evolve over the changing horizon of our technical possibilities. As for consumer goods, their shapes are constantly renewed and retain at best continuity of design or a brand spirit. We love too fresh newness to want the duration of things. At most, we can consider reusing them. But in some cases, and particularly in the plastics, the durability of the material far exceeds the life of the product. We taste this paradox when we contemplate the images of immense masses of waste that get entangled in certain points of the oceans.

Plastics are surely the emblematic material of our time, since it gives the appearance of total malleability and convenience, in the shadow of which inexorably rises our pious indignation at the transformation of the environment into a bin. It is a religious instinct that is expressed here. But this new collective energy carries a paradox inherent to many modern movements claiming science. Indeed, if the ecological piety is looking for several generations of heroes, it must agree that the archaic figure of the hero seems out of place in the face of the complexity of systems that would be correct. If the hero does not fit well with the scientific rationality that inspires the ecological movement, it does not manage to mourn the heroic function and the romanticism of the revolt. We know, however, that no one can be held personally responsible for the degradation of the natural environment. The innocence of young Greta Thunberg and our guilt of adults, that excites our passions but does not satisfy our desire to understand, to see things as a whole.

We are all potential technocrats

Precisely, the industrial revolution has not been without giving rise to great narratives wanting to be able to explain the origin and the future of the industrial acceleration of humanity, which would have made us leave the Holocene. After the Second World War, the planet divides a time between a great liberal narrative and a great Marxist narrative, the one giving pride of place to private initiative and often pretending to ignore the managerial reality of the economy. another one resolved to transform both the world and the people on the basis of a central plan, nevertheless devoted to being constantly diverted from its objectives by the logic of the individuals. However, in the late sixties, the need for dialogue, for thinking together about the global challenges facing humanity, finally emerged. It is from this need that complex and systemic thinking results. The withdrawal of Marxism in the early 1990s helps position systemic or complex thinking as a serious critical option in the face of a certain triumphant neo-liberalism for which the world is shrinking to the rate of GDP growth.

The paradox of the plastic, so convenient in the short term and so unmanageable in the long term, encourages us to leave a linear conception of the economic circuit, from the conception of a product to its production, then to its consumption and finally to the waste that results of this consumption. It is a question of overcoming the productivist naivety of the glorious Thirties, which was that of a society suddenly connected by oil to an overabundant source of energy and materials. The idea of ​​a circuit closer to the circularity of biological systems makes its way, and with it, the notion of a systemic knowledge, where local observation and experimentation regain their letters of nobility in the face of modeling. This type of systemic rationality has been unfolding for many years both in the West and in the East. In Europe, the Swedish city of Lund is experimenting with a circular economy model. In Japan, the 1500 inhabitants of Kamikatsu recycle 80% of their waste and target 100% by 2020-the city does not provide garbage collection service. Germany has been a pioneer in the field of recycling since the 1970s. As for China, it is gradually putting in place a legislative framework aiming to create a circular economy for already twenty years.

The idea is not simply to optimize the performance of a system, but rather to accompany it in such a way that it tends to remain in a relatively stable operating regime, rather than pushing it to enter a system. unpredictable modes of operation that are hostile to our way of life.

Open organizations and the future of plastic

Transforming the plastic economy into a circular circuit involves two aspects of open organizations, as conceptualized by Presans. First, the collective awareness of the need to move out of linear approaches is the seed of a powerful inspiring mission. No need to dwell on this point: everyone is now aware of the collective moral energy available to fight against pollution by plastics. It is analogous to a national effort of war but transposed into a society that wants to be global and open. Secondly, the economic model of the function is particularly well suited to a circular economy, in which companies are encouraged to minimize the plastic waste associated with their business.

The future of plastic is of interest to most industrial players. Presans is contributing to its reflection on this subject by launching a Synergy Factory, to help the industrial world to build its innovation roadmaps in a changing context.