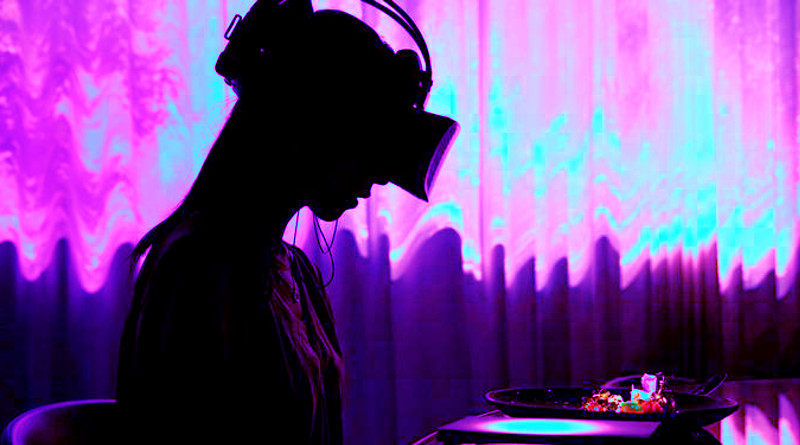 The year is 2131. Victoria is visiting an old and beautiful palace with some friends. Together they hunt virtual objects revealed by an augmented reality application. The history of the site playfully unfolds under their eyes, under the bright Sun of a Southern province.

But Victoria is not really in a palace or in a province of the South. Why travel when it is possible to make a virtual visit with friends? The group’s physical presence is perfectly simulated. Member interactions are full of positive energy.

Likewise, Victoria works in a virtual world. It hardly matters whether the computer code she contributes is written in an office or in a life cocoon… An economically and ecologically optimized cocoon that grants a good and long life.

Victoria knows that she is immersed in a virtual world. Often she does not think about it. She sometimes wonders if the historic places she visits virtually actually exist, if the history of these places is real. But after all, she does not feel alone, and she would not exchange her access to virtual reality for an existence trapped within the hardships of the real world … the planet has become a very dangerous place, except within the intelligent urban cocoons that shelter a minority of privileged humans.

She disconnects herself, from time to time. She is free to do this, after all. Not everybody has this freedom… unplugging is a right reserved for the productive brains. It’s another story for individuals considered unproductive, unemployable or even harmful. These are placed in intrusive pods that function without interruption. Occupants of such pods lead an entirely virtual existence. This situation is deemed compatible with their human dignity: their virtual life is designed to provide the full range of experiences, emotions, and progressions of a real human life.

Naturally, a real economy continues to exist. Real proximity services, however, are a luxury because physical contact has become rare and expensive. Once a year, Victoria goes to the restaurant to meet her friends, to feel that she hasn’t been completely domesticated by her intelligent cocoon. The smart city in which she and her friends live is operated by an industrial group headed by Elon Musk, now 160 years old. A long time ago, Musk finally accepted the practical consequence of his simulation philosophy: instead of going to Mars, he invested his fortune in creating an interactive and immersive virtual system. The one in which Victoria is lucky to work and live.

Everybody agrees that humanity managed in the end to escape the worst outcomes that threatened industrial civilization… not an easy accomplishment given how virtual reality seems to contain an abyss of dystopian potentialities. Wasn’t VR going to accentuate with certainty all the dystopian trends already at work in the 2010s? Some feared then that the world would be transformed into a garbage dump inhabited by residual humans plugged 24/7 into their VR helmets. Fortunately, the evolution of the world followed a different course, Victoria thought.

A hard to explain feeling of something missing remains. There are no more families, no more children, no more deaths in Victoria’s and her friends’ virtual simulation… to tell the truth, they do not really know where they come from, on this point their memories shift too much to be sure. At annual dinners, everyone does their best to avoid the subject.

When she disconnects, Victoire sometimes dreams that she doesn’t recognize her friends.