A technological and philosophical postscriptum : Sadin vs Meige 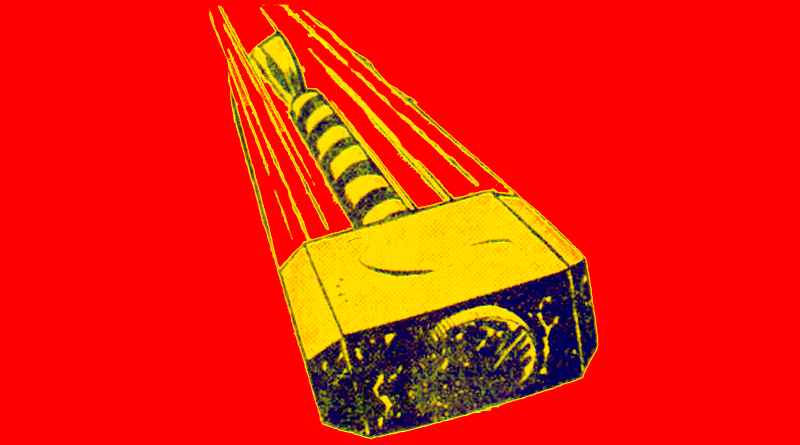 Until recently, the Presans team had only indirect traces of the debate between Albert Meige and Eric Sadin in Toulouse a few months ago. We knew that the exchange, hosted by Apolline de Malherbe, had produced a couple of sparks.

The Toulouse Chamber of Commerce recently sent us an account of this debate. Let’s quickly retrace the course of this discussion focused on the topic of the augmented entrepreneur.

First of all, Éric Sadin was asked about the current development of big data and artificial intelligence. Then, Apolline de Malherbe asked Albert Meige to present his vision of the company of the future. Albert noted that the coming uberization of jobs is already taking scary shapes. The opposition between Eric Sadin and Albert Meige was revealed by the notion of “disruption”. For Eric Sadin, disruption implies the absence of a political project: it happens for economic gain. For Albert Meige, disruption is less characterized by an absence of political project, than by the fact disruptive companies start from nothing and don’t have to manage legacy systems and businesses.

Origin of an opposition

Where is this transformation taking us? According to Éric Sadin: Towards the quantification of all human activities, and the total subordination of these activities to the economic world.

In his opinion, the acceleration of the digital transformation takes place under the pressure of consulting firms and their managerial ideology, whose central dogma he claims to be disruptive innovation. Eric Sadin opposes this dogma by questioning the limits of digitization, the unjustifiable transgressions it would entail. He refuses to believe in an inexorable Technological Singularity, and prefers the idea of the singularity of human beings. According to him, it is necessary to give greater priority to what, in human activities, escapes quantification. He believes that democratic institutions, including trade unions, should work together to create a human space for spontaneity, initiative, masks and invisibility. In his view, this democratic and confrontational appropriation of the debate on digital transformation faces a wall made of sterilizing buzzwords and newspeak. Eric Sadin believes that the digital transformation is done with too little consultation, dispossessing society of its ability to deliberate and choose.

One of the key components of open organizations is what he calls inspiring missions. For example, in the case of Tesla: Accelerate the transition to sustainable energy. 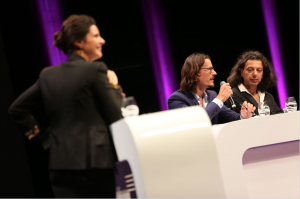 Eric Sadin finds this rings hollow. Albert Meige asserts to the contrary that there are facts to back this slogan up: Tesla manufactures many electric vehicles using solar energy.

In the remainder of the debate, Éric Sadin expressed the opinion that Albert Meige’s position is in fact related to the managerialist ideology of total disruption, which naturalizes options that merit political deliberation.

Technological acceleration gives rise to philosophical reflections, the practical consequences of which largely depend on the nature and the organizing power of the subject of these reflections.

Eric Sadin wants society to think about technological acceleration as a democratic and organizing collective subject.

I grant Eric Sadin the fact that the manner in which a society evolves isn’t a politically neutral issue. Philosophy consists in distinguishing between what on the one hand corresponds to nature, to the modality of necessity, to what does not depend on us, and on the other hand that which belongs to us, our choices, our history. A disagreement on the question of the mode of evolution of society is not necessarily an ideological disagreement: it can be philosophical.

We need to define what ideology is. An exhaustive analysis would be out of place in this article. Let us retain only three traits: 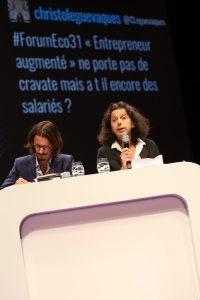 Éric Sadin’s statement seeks to mobilize for a struggle: but to mobilize who? The unions were mentioned, but his position seems quite open on this point.

This did not prevent Eric Sadin to be very quick to place Albert Meige in the disqualifying category of the “managerialist ideologue”, because of “newspeak”.

Finally, I note that Eric Sadin would like to “transform innovation by inventiveness”, which is both fuzzy and utopian. It is a philosophical choice to think that society evolves by inventing itself. Such a conception is absolutely not self-evident.

We are dealing with Eric Sadin with an incomplete ideology. The enemy is clearly designated, the friend and shared utopia are presented in a more approximate way. Eric Sadin talks a lot about democratic procedures and institutions, but I think he is basically an ideological accelerationist who wants to place technology at the service of a political utopia: the self-invention of society.

The most interesting idea in his approach is to cultivate the art of digital withdrawal. Perhaps he sees it mainly as a sort of strike or as a collective act of protest. I would be more inclined to see this as a desire for vital hygiene.

In favor of open realism

Not doing away with the reality of economic competition is in my opinion an advantage, allowing then to posit the concrete existence of competitors and to seek to explain what is happening in the economic and social world by their dynamic interactions.

The use of dystopias is part of the same concern for realism. Eric Sadin does not like dystopias because they arouse fear. He would like to master technology by reason without going through this step.

The worst is possible, and it is not enough to appeal to democracy to prevent its realization. The institutional actors that constitute democracy must be capable of mastering the domain they are supposed to regulate. No regulation is possible without operational knowledge.

Technological acceleration is subordinate to the organizing power of concrete technological actors, among which we must now also count States, faced with the challenge of becoming meta-platforms.

For these actors, technology is a tool. Some are ahead in the race, others behind. As Albert Meige noted during the debate, the issue of digital transformation is giving new meaning to the notion of sovereignty. US and Chinese investments in the field of artificial intelligence are far ahead of those of Europeans.