Innovation: integrate the best state of knowledge in the world – Marc Giget 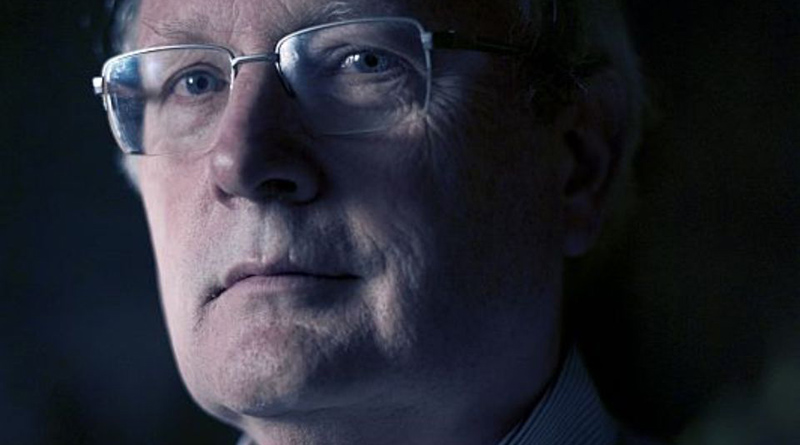 Integrate the best state of knowledge in the world

To innovate is to integrate the best state of knowledge into creative products and services with the aim of improving life in society and for individuals.

These three components: the knowledge, the creation and the improvement of life constitute the fundamental elements of all innovation procedures. They are, depending on the players and the periods, favored as the initiating factor.  Albert Meige and Jacques P.M. Schmitt let us run through these different approaches and sensibilities in respect of innovation procedures:

From these different approaches, we resolutely share that of Steve Jobs:

If this vision places the individual and not the technologies at the center of innovation, it is much more demanding in terms of knowledge than the simple search for applications of a technology or a concept. It demands that the innovative company seeks the most relevant knowledge and technologies, whatever they are and wherever they come from because the company combines them in the best way possible in order to improve real life.

This universal vision of sciences, technologies and knowledge as the raw materials of   user friendly innovations is at the heart of the success of Apple, the leading company in the world in terms of value, whilst their expenditure on R&D is extremely low compared to other electronics companies – less than 4% of turnover over the last ten years compared to 10-20% for their competitors.

An iPhone is an extremely simple and easy-to-use product for the consumer and at the same time internally extremely complex with this complexity resulting from combining  the best technologies coming from all over the world:   from Germany, Korea, Japan, China, the United States and dozens of other countries. In a way it’s a kind of “best of” of the skills in the world of mobile technologies.  In fact, Apple doesn’t score above thirtieth place in respect of mobile phone patent holders, which is 20 times less than its main competitor, Samsung.

Another fundamental point is that Apple renews its products rapidly, with clockwork regularity: iPhone 3, 3s, 4, 4s, 5, 5s… which means refreshing all the constituent technologies at a yearly, if not a half-yearly rate!

This goes to show just how much the world has changed compared to thirty years ago when large companies ruled, closed to « not invented here », and who designed most of the technologies involved in their products whose development took several if not dozens of years.

It goes without saying that this open and rapid approach to the design of new hyper-complex products has shaken up the world of innovation.

It is into the heart of this revolution that Albert Meige and Lacques P.M. Schmitt lead us, with their great advantage of having lived close to leading companies and that they were precursors in the research and design of tools for open innovation.

The question of continual progression in knowledge and their segmentation into multiple and ever more compartmentalized disciplines had already preoccupied the great thinkers of the Renaissance and the “philosophes” during the Age of Enlightenment.  It is Leibnitz, a great thinker and polymathic genius, “the philosophers’ philosopher” but also a mathematical genius and great innovator who is considered as the last “scientist” capable of understanding all the scientific works in a library. He was well aware that in spite of his genius, he was living off his job as a librarian.

The perspective of knowledge that would from now on become ever more partial, each man, even the most intelligent, in only mastering an increasingly limited part of knowledge, made him think the worst, that is to say erroneous decisions being made based on partial knowledge. He warned his contemporaries and looked for solutions, firstly asking for conciseness from scientists and going so far as to suggest that an author be limited to writing no more than two books (with therefore the right to make a mistake), and to oblige him to send only his real and original contribution, under penalty of not being read.

Understanding that the evolution towards more complexity was unavoidable, he devoted his research into ways of dealing with complexity using simple tools. In the field of mathematics, he achieved this in masterly fashion by creating in 1679 the binary numeral system with only two symbols, 1 and 0.  This very simple language replaced all previous complicated numbering.  It allowed for the most complex of calculations  and paved the way to the digital revolution which was to be adopted three centuries later with the invention of the technology required to exploit it: the transistor.

Without wishing to directly compare our two authors to Leibnitz, their quest – absolutely necessary – for simple tools for understanding the complexity, the diversity and the renewal of knowledge,   have made them his direct spiritual heirs.

A vital challenge for companies today

In surveys carried out each year into the strategic stakes in innovation by the world-leading companies, the subject of access to new knowledge and technologies never ceases to progress. Today, it is a major brake on innovation and this whilst paradoxically everything seems available on the internet.

The last 2014 edition of the Global Innovation Barometer, the survey of reference worldwide, which General Electric  publishes each year (over 3000 interviews with innovation managers in 26 countries), identifies this problem as both vital and very badly mastered by the major companies.

In fact, the measure of progress in technology sciences and knowledge shows the breathtaking scale of the problem.  At the rate of more than a million new researchers and engineers in R&D per year, it will take less than 10 years for their numbers to grow from 10 to 20 million by 2020.  As for the increasing flow of publications, which will soon reach  5 million per year and patents which have already exceeded 2 million per year, these trends are not ready to be reversed.

How, amid this mass of information, can the company correctly identify those inputs of knowledge and technologies necessary for its innovation dynamics and protect itself from their rapid obsolescence.  The problem is even more complicated due to the existence of major interactions between different technologies and the fact that “horizontal” innovation strategies have considerably enlarged the competitive landscape.

Thus Michelin, which dominated the world of road maps for more than a century, took a long time to identify Google as a real competitor and though coming from a totally different world, overthrew their leadership.

In the same way, at the start of 2015 the SNCF (French National Railway Company) surprised its audience when presenting its strategic goals, and in citing Google as its main competitor, followed by Blablacar, a start-up in carpooling and rapidly becoming the leader in Europe with more than 10 million members and  2 million people using this transport every month.  Then the SNCF presented its “digital strategy” for the years to come – particularly ambitious since being in a sector very far removed from its core skills only 5 years ago.

Even in their sectors of excellence, leading companies no longer feel safe against the very rapid technological evolution or from technologies which they master and which are replaced by exogenous technologies which they cannot control and which may prove more efficient.  And if the problem is already very difficult to deal with by the large groups, what can we say about medium-sized companies and start-ups?

A salutary and visionary work

In their book, Albert Meige and Jacques P.M. Schmitt firstly show us the magnitude of the problem by explaining the fragmentation of knowledge, its exponential growth and the speed of renewal. They justify the irreversible evolution towards open innovation, tied to the necessary synthesis between this splintering of knowledge and the growing complexity of products.

They then question the nature and the role of “experts”, who are vital  interfaces – even, and above all,  in a digitalized world – between the vast amount  of raw and un-assessed knowledge and the companies which want to identify and use it notwithstanding.

They also list the tools and approaches set up by companies to deal with this new context in which new forms of knowledge management are to be found, by analyzing notably:

Finally, the most important and creative part of the work addresses thinking ahead  about what could be the tools for « innovation intelligence » meeting the expectations of this new world.

Here are studied, notably the relationships between skills and internal and external experts, between pre-formatted and ad-hoc information services, between exploration, investigation and experimentation, between the use of automatic systems and human intervention……..

This reflection has the double advantage of being supported both by the unique experience of Presans, which has played a major role in the emergence of the crowd-sourcing of skills, and by the interviews with innovation managers in major companies and start-ups, which guarantees the inclusion of proposed solutions into the preoccupations and real-life experiences of companies today. The focus on Parrot, the champion start-up in the emerging sector of drones, shows how the new generation of entrepreneurs is perfectly comfortable with the outsourcing of skills supporting its vision.

The ambition of this book is to lead to innovation intelligence tools, working for value creation for companies through even faster and more relevant innovation, by giving them real-time access to the latest state of sciences and technologies.

I therefore thank Albert Meige and Jacques P.M. Schmitt for this salutary work in which there is no doubt that Research & Development Managers, Technical Managers and Innovation Managers in companies will all find the material to meet the challenge of making the best use of this enormous flow of knowledge.

Member of the French Academy of Technologies.

This article was originally published in Innovation Intelligence (2015), as the Preface.