Do you think the Metaverse already exists? 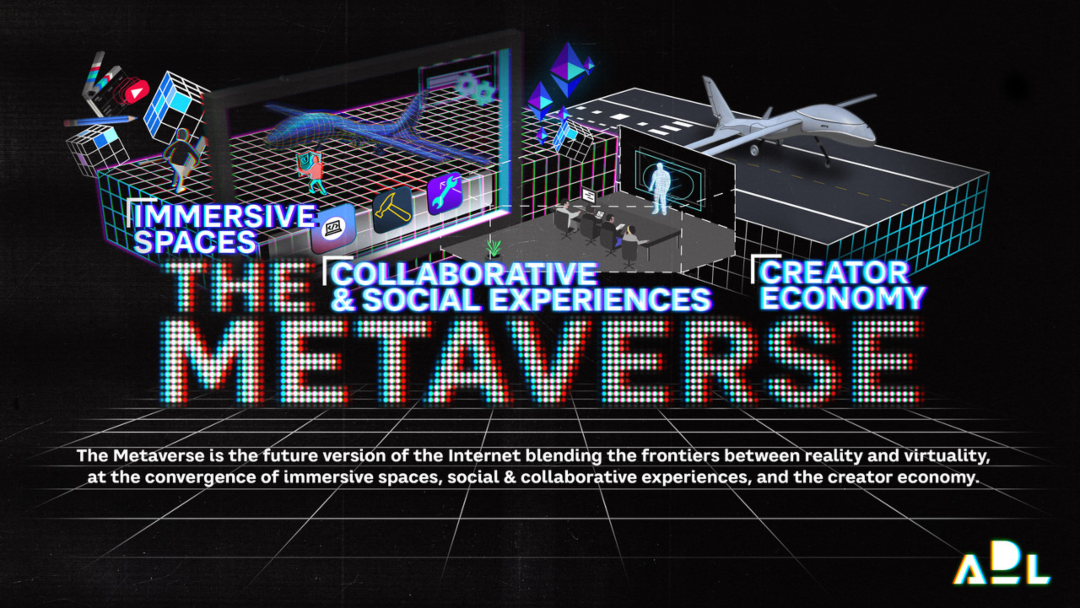 Exactly 20 years ago, without knowing it, I was about to contribute modestly to 2 of the 7 bricks of the Metaverse: I was finishing my studies as a telecom engineer and on March 6, 2001, I was starting my internship at the Australian National University where I was going to explore the frontiers of Virtual Reality, which already fascinated me at the time. Since then, my common thread has never ceased to be intimately linked to things digital.

A few months ago, I published an article in Harvard Business Review France that detailed the convergence of three key factors at the heart of the Metaverse.

Since Facebook’s announcements, a lot of ink has been spilled on the subject. The majority of published articles and reports serve more to fuel fantasies than to inform. We, at Arthur D. Little, have recently conducted an in-depth study on the Metaverse. Through a series of new articles, based on this study, we aim to help you go beyond the fantasies, better see through this technological fog, and so make the right business decisions about the Metaverse!

This article aims to provide an answer to the question “does the Metaverse already exist?” To answer this, we need to first define what we are talking about. We, therefore, offer our own definition and encourage you to contribute with your own  – don’t hesitate to challenge us :).

In the 90s, Internet users were prisoners of their access provider 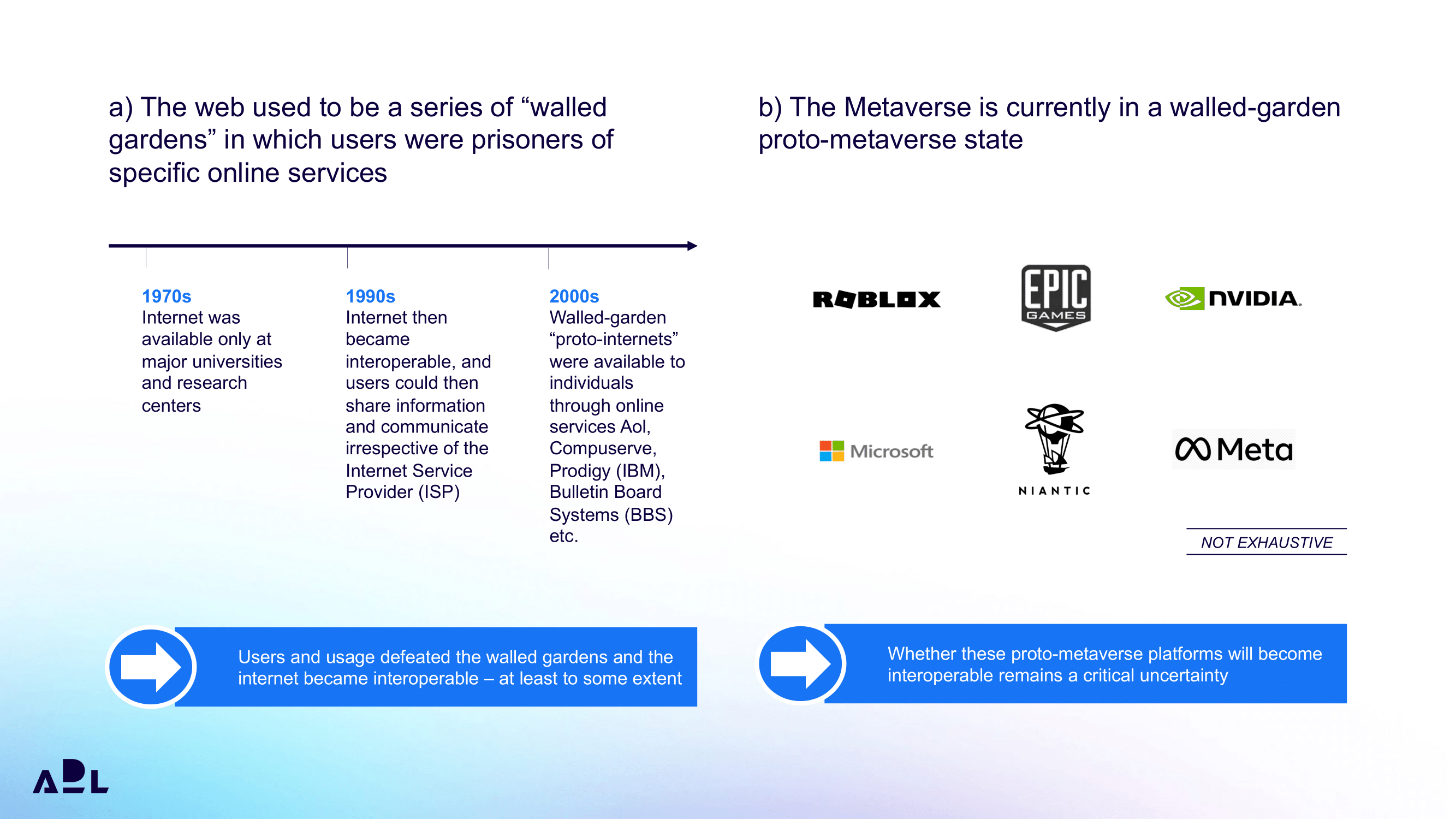 When I think of the Internet in the mid-90s, I think of the mythical sound of the 56k modem. I also think of AOL and its famous “you’ve got mail” (and I’m sure some of you are thinking of the original English version!). Once connected to the internet via AOL, it was possible to access all sorts of strange things.  Unfortunately, this door to the Internet was in fact only a door to a proto-Internet surrounded by impassable walls. A walled garden, without any walkways to other gardens. An Internet bubble is not connected to other bubbles. Unable to share resources or communicate with other walled gardens such as Compuserve, Prodigy, etc.

Towards the end of the 90s, it became clear that the web browser had to allow communication and exchange of information with any other user, regardless of their Internet Service Provider (ISP). Users and usage defeated the walled gardens and the internet became interoperable – at least to some extent.

The Metaverse will emerge from the interoperability of proto-metaverses, or else it won’t exist

The Metaverse is in the same state as the Internet in the mid-90s. Today there is not a Metaverse, but a whole set of proto-metaverses – walled-garden Metaverses. The majority of companies aspiring to develop the Metaverse, such as Roblox, Epic Games, Nvidia, Microsoft, Decentraland or Meta, are actually developing non-interoperable proprietary platforms. This means that currently, it is impossible to exchange virtual assets or simply to communicate between one platform and another. Until there is interoperability, there will be no Metaverse – and we will discuss the critical uncertainties around interoperability in-depth in a future article.

Even in this embryonic state, it is still interesting to look at the definitions and long-term visions that these companies have for the Metaverse. Despite the heterogeneity of what they market today (and even the heterogeneity of the industries from which they come), there is a strong degree of convergence:

So, how do you define the Metaverse? 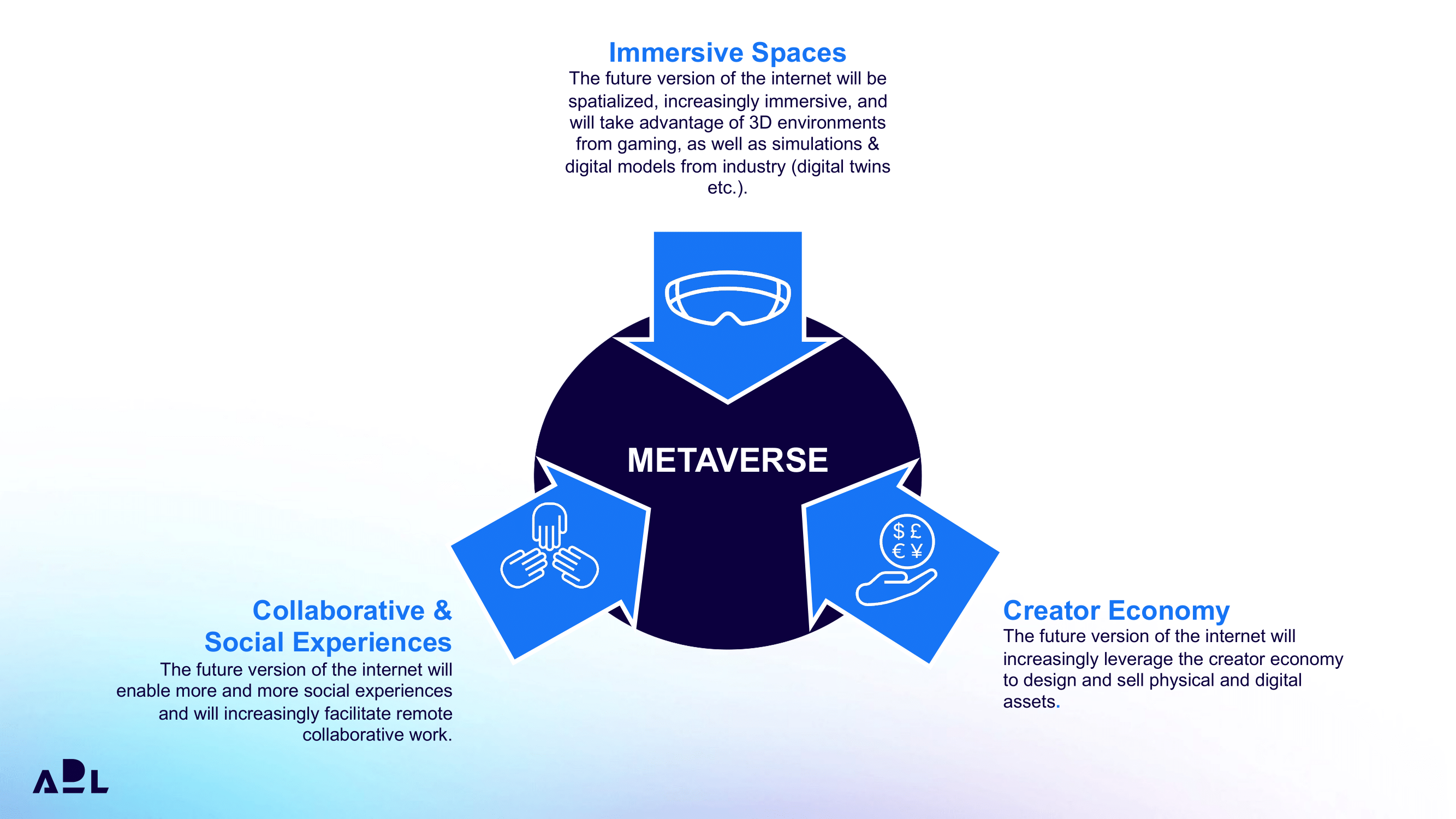 Here is the definition that we suggest to you for the Metaverse:

The Metaverse is the future version of the Internet that further blurs the boundaries between reality and virtuality, at the convergence of immersive spaces, social & collaborative experiences, and the creator economy.

What do you think of this definition? Does it correspond to what you observe around you? Would it apply to your industrial context?

So, our answer to the question in the title is “no, not yet… however, it is coming”. In the upcoming articles, we will explore further the great convergence mentioned above, we will introduce our framework presenting the building blocks of the Metaverse, and for each of these blocks, we will analyze the obstacles to be overcome. Finally, we will offer you some concrete actions to seize real business opportunities now – because they exist.

[1]The Creator Economy is an economy facilitated by applications and platforms that allow creators to earn revenue from their creations (virtual and real).

This article, written by Albert Meige, was originally published in French on Forbes France.