Cochran vs. Hanson: Should we expose ourselves voluntarily to COVID-19? 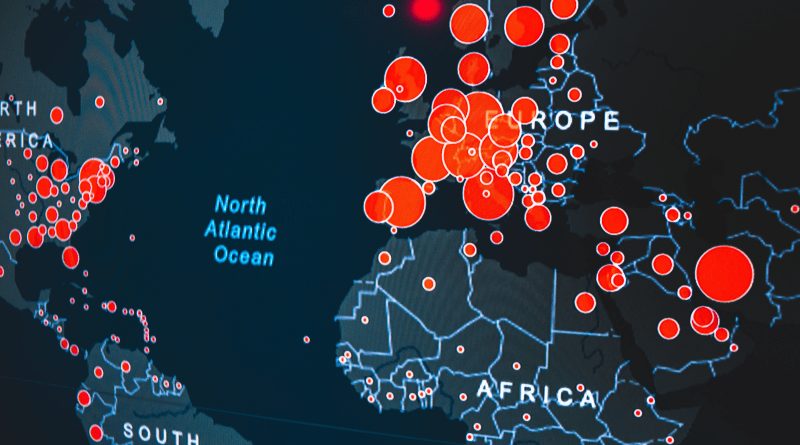 Presans organized its first online debate this past Thursday, 3rd of April, and I had the pleasure of hosting it. Here’s the video:

I’m going to refer the reader to Aaron Weiss’ recap of the whole thing, reproduced in the appendix to this article.

This was a debate between two very smart persons, whose positions ended up converging quite a lot. Cochran agrees that attempting Hanson’s suggested variolation strategy would make sense on a small scale at first. He doubts that it would work—his position is that because we currently have little knowledge of what would work, we need to launch a variety of different, small scale approaches, and learn from them in order to scale up what does work best.

Another important point of agreement between the debaters is the importance of viral load. Limited exposure would be a good way to ensure people get infected with low viral load, vs. getting hit with lethal levels of exposure.

Hanson makes the case that containment measures were implemented too late in many places, and that existing containment strategies are therefore likely to be insufficient. To complement this point, my main take-away from this debate is that because many Western countries have let their guard down, the situation may have gotten so out of hand that even adopting the Korean approach may prove insufficient. And we now know that even in South Korea, the situation is not fully under control.

We got a lot of questions from a great set of participants during this webinar. Here are two of those that I didn’t have time to bring up:

“I certainly agree on the concept of self-exposure, but the tricky part is managing the healthcare of those people that do get sick. Please address that as well. Beyond that, as a nutritionist, what nutritional strategies can I take to mediate the impact of such an infection? This is not getting much attention yet….” Theo van Kempen, Manager, Nutreco

“South Korea is evidently making a good job of managing COVID 19 in the early stages. The most obvious is that they all wear face masks. Could it be that, contrary to the medical advice that we are being given, there is an airborne mechanism for the contagion? And if deliberate exposure were actually to be a good strategy, then South Korea is in for a worse future than the West.“, Graham Wallis, Fellow

Cody Moser: Hanson says we should infect people on purpose by placing them in “hero hotels” where we can isolate people willing to catch COVID. If medical outcomes are dose-dependent from this thing, aren’t we basically nuking peoples’ immune systems by putting them in here?

00:30:40 John Alcorn: Dr. Hansen, If perchance variolation experiments reveal that this virus does not have a dose effect, then isn’t there a risk of heightening the curve, instead of flattening the curve, if the experiment doesn’t take place well before peak contagion occurs?

00:38:57 Lisa Wise: Could GWAS studies also identify those who have a low risk to die or develop severe complications as potential good volunteers for variolation?

00:42:04 Tony Candido: Don’t need sharp borders if your techniques locally still can keep R0 below 1, no?

00:45:15 John Alcorn: Does the “psychology of repugnance” create a Catch-22?: People won’t allow (even voluntary) variolation until the pandemic becomes a desperate situation, but then variolation wouldn’t help much anymore because contagion would be galloping towards herd immunity?

00:47:08 Cody Moser: Hanson says we should purposefully infect people by placing them in “hero hotels” where we can isolate people willing to catch COVID. If medical outcomes are dose-dependent from this thing, aren’t we basically nuking peoples’ immune systems by putting them in here?

00:51:44 Shlomo Sand: Why would we discuss ancient plagues when people in the distant past were in routinely poor physical condition?

00:55:01 Shlomo Sand: At least one variolation party has ended in death already:

RT @leucinedreams Spouse of friend went to a coronavirus party where young people try to infect each other to get through it and get back to normal life. Of 22 in attendance, 2 are dead and 6 are in the hospital. Friend’s spouse is sick at home. All of them were under 35.

01:03:03 Shlomo Sand: For Hanson: Do you believe pandemic events such as this justify some degree of protectionism for relevant industries?

Can you spot the former pro-level MTG player?

This debate is already having practical consequences: it reinforced my desire to learn more about biology, for one. I don’t know about you, but these days I feel the acute need to update the basic biological knowledge I acquired here and there in the past. The 10,000 Year explosion, co-authored by Greg Cochran, is proving a great place to start (I’m 20% in). And as I was recently talking about this with Presans Fellow Ben Schwegler, he suggested reading two other books: Plague Time, by Paul Ewald (who Greg Cochran has worked with), and The Mind in the Cave, by David Lewis-Williams. Is this the beginning of a new book club?

4:35 initial dosage importance, and lockdown’s effects on it

5:38 Plan B justification based on intial dose, and that initial dose matters.

11:00 we should be considering and developing plans for every letter of the alphabet, simultaneously

16:10 would study variolation (henceforth i will write coronation) but wouldn’t do a mass version until more knowledge is aquired

(16:30 short term massive social distancing to get numbers under control)

17:00 Hanson on likeliness and importance of coronation, along with a further explanation of how to do it

19:30 Cochrane not against trials but cautions about chances of success (vaguely and unrelatedly to the points at hand in my opinion)

20:50 Hanson: there seems to be a  consensus that the infection load matters, this is given as a reason for medical personnel mask recommendations

21:30 Cochrane agrees that if you must be exposed it is better to get a lower load because it may help and in fact likely does, this doesn’t mean it does help.

21:50 Even things that seem plausible in medicine are often wrong,  so testing is needed

22:40 Speed is important, so taking some risks may be justified, and Cochrane isn’t against trying this (testing it)

25:40 Hanson on immunity to the virus

27:50 how to get coronation patients

33:00 Cochrane comments on the situation in the US

34:00 Hanson comments on the situation in the US, necessity of lowering variance of spread rate or isolating different areas from each other

Cochrane finding the correct dose for coronation (variolation for the coronavirus) requires testing.

Hanson this approach is easier the smaller the outbreak is, we have record size outbreaks for this method. Hopefully this method will work but we should be ready for it to fail, and soon.

41:40 Hanson repression tactics don’t seem to be good enough to put R0 below 1 in Europe

49:45 Hanson mutation of the virus, advantages of coronation over natural infection.

50:20 Cochrane on mutation, dangers of large amounts of infection and specifically in medical systems (hospitals). Not much we can do besides stopping the virus.

53:20 Hanson masks are only one part of a big package,  any big part done wrong can mess it all up. The right people should wear masks at the right time.

55:00 Hanson on chances that global suppression (pretty much hopeless) and local measures (your locale less than 50-50, probably less than 10%) succeed until vaccines or other treatments are developed

59:30 Cochrane on utilizing people who already have been infected (and recovered) in medical care.” (source)