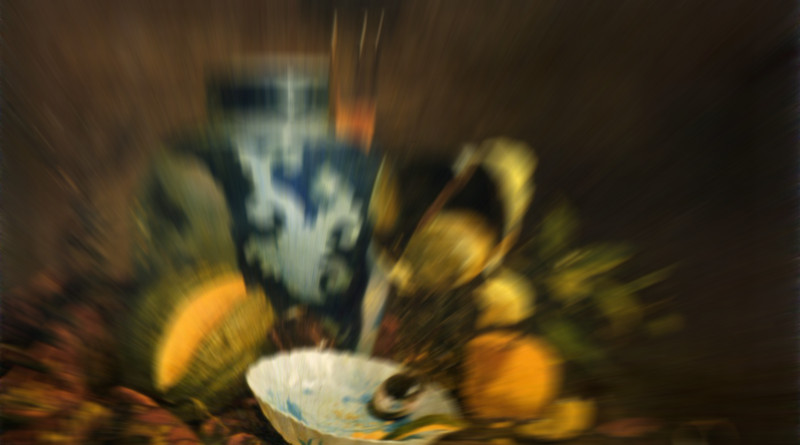 The year is 2131, we are back in Paris, and today’s a special day. Victoria is on her way to her annual dinner. She has unplugged herself from the virtual cocoon the city provides her, and it feels good not to be trapped inside a wetware storage device… good to feel real hunger. Hunger for real food. Hunger for real people.

One of the pleasures of these gatherings is catching up with old friends, seeing them perform and giving them a performance… and eating delicious food of course. But this year is different. The real people Victoria hungers for are going to be different real people. A strange emotional plague has recently struck the inhabitants of smart cities such as Paris, and Victoria’s old dinner friends are among the afflicted. In response to this plague, social networks have decided to let improved algorithms sift through the city’s interaction data to optimize millions of ten slot dinner batches. Their goal is to maximize the emotional energy of their users. Victoria’s group is just one among millions.

Describing the effects of the plague is not an easy task. Victoria finds it difficult to identify what makes some of her old friends seem so off to her and others. A nameless, unsettling aura makes it impossible to interact with them. Though she has a visceral dread of seeing them in this unrecognizable state, she dislikes the fact the city decided to prevent contact between them and uncontaminated citizens, at least until the problem can be figured out. There is talk of deploying more drones to measure what is going on.

But these problems can wait. Victoria is now close to the meeting point, a Greenland-style garden cultivated on the roof of a mathematics research center. A personal drone carries her picnic and takes pictures of her, uploading and sharing the good ones automatically. The weather is a bit cloudy, but not cold.

The rules of Victoria’s dinner are simple: bring something special to share with your new group. Aside from the mystery factor, this rule guarantees a welcome change for people used to absorbing daily a bland, nutri-genetically optimized protein paste whose taste and texture can be arbitrarily reprocessed in virtual reality. For some reason, the augmented version of the protein paste turns out to never be quite as satisfying as real food. Then again, it never makes a person fat, or ill, nor does it take any time to prepare. Victoria sometimes opts to augment the protein paste into potato chips with a barbecue flavor gustative experience. Because why not?

The domination of augmented reality protein pastes over the VR cocoon nutrition market goes back to the late 2060s. Of course, the same pastes are used for the permanent residents of VR pods.

The members of the dinner group are now introducing themselves to each other and showing what they brought for sharing. One of Victoria’s old friends, Simone, solemnly announces that she is back on an insect protein diet. Better insects than synthetic, she says. Simone is the only person present from Victoria’s old circle. This means that eight of her friends are either sick or missing for another reason… The two women exchange a worried glance, but otherwise, do not let their state of alarm show.

Because hardly anyone knows each other, the interactions between members of the dinner group start off quite timidly. This initial confusion and social awkwardness provides more fanatical elements with an opportunity to preach their dietary beliefs unhindered. A young woman named Luna asserts her belief in the nutritional, curative and cosmetic supremacy of Moon algae… Victoria thinks to herself that for a Moon algae eater, Luna looks surprisingly healthy. She also thinks it is important to show support for products coming from the Moon colony.

While everybody is munching on algae, a tall, sinister-looking man named Gérard offers everyone synthetic, hexagon-shaped pineapple-coconut cookies. Victoria can’t bring herself to eat more than a small bite, and her friend Simone starts a vehement discussion about the merits of insect proteins vs. synthetic proteins. While the debate heats up, another man named Ernest starts a big fire in the center of the gathering. He says the fire will serve to roast a wild pig and won’t people try some of the wine he brought?

Victoria feels that this resonates with her. She decides to participate in the discussion: “The diet of hunters cannot support a large population, and yet it is good for the individual. The triumph of agriculture is the triumph of quantity over quality, of calories over protein, of the clever crop growers over the brave beast hunters! Is it not natural for us to yearn to experience the thrill of the hunt? Is primeval Man not a ranging animal, never bound to a place or to home? Yes, agriculture transforms this, transforms Nature, and transforms Man himself into a kind of artificial plant, bound to the earth and to his home. But we live in a great world city! We have no home. We only have intelligence. Does this not make us similar to nomadic hunters? Or are our souls too cold to participate in such a life ?”

Victoria asks where the meat comes from. “I hunted it,” is Ernest’s reply.

Gérard, the synthetic hexagon eater, exclaims that everyone knows there are no beasts to hunt left on Earth… His eyes bulging, he adds that according to a rumor, hidden groups gather in the night to eat human flesh in this very city… Such is the lust for meat in some depraved individuals! What if this is not animal meat… What if this is human flesh? But Victoria’s drone quickly confirms it is, indeed, freshly hunted boar meat. His lips foaming, Gérard explodes: “It is barbaric to kill animals, even insects, let alone a pig! Let us burn the meat and purify ourselves of this disgusting act!”

But Victoria is keen to taste the meat. The hunter serves her a cut, which she promptly eats and washes down with red wine. She thinks to herself that the social network matching algorithm isn’t a complete failure after all. Perhaps home is where people gather around a fire.

Ernest asks her what she brought. “A honey cake, of course, “ Victoria replies with a charming smile.