Mulliez and the digital transformation: the empire strikes back 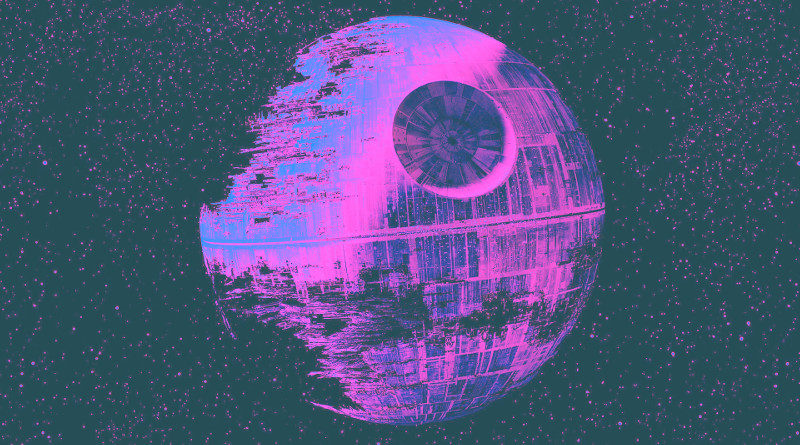 750. This is the estimated number of members of the Mulliez clan, which is at the head of a group including Auchan, Leroy Merlin, and Decathlon. A group that is changing in the face of shocks in the retail sector. What are the strengths and weaknesses of Mulliez in this transformation?

1. The success factors of Mulliez companies

“Succeed together or break the figure together.” — Gérard Mulliez, founder of Auchan.

With high fertility, the size of the clan has grown significantly since 1955, from 11 to about 750 members in three generations.

Clan loyalty builds the financial strength and independence of the group.

Historically the Mulliez clan has left the declining textile business to successfully enter the retail trade. Its core business is retail (a word that comes from elsewhere in France).

The group’s main companies are Auchan, Decathlon, and Leroy Merlin. From one hundred euros of consumption of current goods in France, eleven are spent in businesses owned by the Mulliez group.

The group is characterized by a strong internationalization of activity, particularly in Russia and China. In 2014 the turnover of the group is estimated at 88 billion euros.

1.c. An entrepreneurial and commercial culture

The families making up the Mulliez clan belong to the family structure, with a family home. This type of structure is particularly favorable to family capitalism, based on the authority of the head of the family.

The Mulliez are Catholic entrepreneurs who respect above all the meaning of trade. This trait is reflected in the selection of leaders who have proven themselves within the group. In this system, the legitimacy comes from the entrepreneurial results: the group invests in the Mulliez, of stump or alliance, which show their capacity to develop businesses.

Such a system of governance and funding contrasts with the current technocratic structures and cultures in the mainstream scenery.

2.a. Retail in full swing

The post-war era saw a revolution in this business, the most salient aspect for the average consumer is the emergence and proliferation of large commercial areas designed for the automobile.

Today, the retail sector obviously does not escape the digital disruption made possible by the appearance and development of the Web.

Retail companies are reorganizing themselves in the direction of openness: platform strategy, digital control, search for an inspiring mission, new ways of working … all in the service of a master principle that remains changeless in this sector: the customer.

Founded in 1994, Amazon has become an absolutely tremendous business titan because of its customer experience and its mastery of data.

Amazon stands out for its investments (logistics mesh), its acquisitions (Whole Foods) and its partnerships (in France with Monoprix, subsidiary of the Casino group). The irruption of Amazon causes the fray of battle throughout the sector, especially not to fall on the logistics side, where Amazon innovates a lot.

The Amazonian inspiration of ManoMano can be seen in the choice to build an attractive digital platform for third parties, allowing to massively increase the number of references proposed.

Staying idle in the face of the invasion of the digital barbarians is not an option for the Mulliez group. Whether it’s Amazon, mini Amazons or classic competitors, conquering new forms of customer relations is an absolute imperative for the preservation or growth of the group’s market shares.

As a result of the general ups and downs in the retail sector, the Mulliez Group’s flagship companies have begun a profound transformation.

Among the rising stars of the clan, Alexandre Mulliez surfs particularly on the wave of the digital transformation. Since 2014, he has been managing Auchan: Direct, which offers home shopping. The Auchan Direct coverage area currently includes Paris, Lille, Lyon, Marseille and their regions.

Through Auchan: Direct, it’s about reacting to new threats by developing a small-scale digital transformation intended to shine throughout Auchan.

Leroy Merlin accelerated its transformation by setting up a “Start cell” in 2015 to foster collaboration with start-ups:

It is through this initiative that Leroy Merlin intends to renew its offer. Faced with the digital attacks of ManoMano, it is a question of not yielding ground.

The year 2017 saw significant efforts by Decathlon to put digital transformation at the service of sports customers: offer “click remove”, delivery within 48 hours, development of orders on the internet both at home and in stores.

The turnover achieved on the Internet in France reached 4.5% of the global figure.

One of the specificities of Decathlon is the importance acquired by its distributor brands like Quechua. The question of investment in design and in R & D of new products becomes unavoidable.

Another aspect to remember is that of the impact of digital on sports practices. Each sports application is a potential entry point to the sector’s value chain.

Sporting goods are a particularly dynamic market. With the emergence of actors such as Amazon adds the proliferation of sports applications. The digital transformation strategy of Decathlon must take into account these different levels to preserve and develop its customer relationship.

A potential disadvantage is the lesser overall and cross-group coordination: projects that work are funded, those that do not work are abandoned. There does not seem to be a culture of overall management of synergies within the group, at least not in the sense of a top-down governance. The different companies are free to work together on an ad hoc basis. This is the case for example when Auchan, Leroy Merlin, and Boulanger allied themselves around the connected home.

So, no giant mergers and acquisitions, and no illusions about the synergies that often never materialize.

These characteristics suggest that the digital transformation could, once the current wave of transformations at the corporate level has been completed, lead to the emergence of a new company within the group, capable of optimizing logistics and data management at the same time across the group and beyond.

← The Open State Garmin vs. Suunto: the secret of a successful digital transformation →