Open Innovation as a Result of Converging Trends 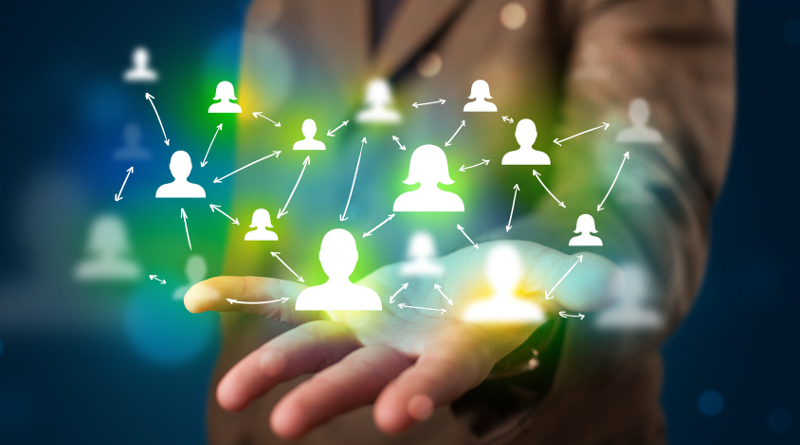 We have already covered this factor in detail, for example here and here. The key points are that when knowledge is available, it is not efficient to rebuild it on your own, even for the sake of confidentiality. When knowledge sources exist already, dispersed in many different places, there is a good chance that in at least one of those places there is a potential partner who is willing to transfer it in exchange for a defined reward.

Job volatility, in particular for skilled personnel, has increased. The era of a lifelong contract between an employee and an employer has ended. This change began in the United States, where the concept of a free market extends to the job market. Experts who master a new field of knowledge with high economic value can easily demand a raise or leave for a better, higher-paying job. This personal mobility is making the metaphorical barbed-wire fence around research centers increasingly ineffective. Job switching has becoming common for young, educated professionals. By the 1980s, the average tenure for a process engineer at a firm in Silicon Valley was less than one year. The engineer would just cross the street, moving from, for example, Intel to AMD and sometimes back again. Ironically, industry in Silicon Valley did not suffer as a result of this employee behavior, but rather it was a key factor in maintaining leadership of the whole industry.

The Silicon Valley companies progressed collectively along the experience curve and today they are still leaders in advanced processor design and production. Job volatility is increasing in other countries. Europe is in a similar situation to the United States, especially with regard to young, skilled personnel. Asia, in contrast, is still dominated by a culture of employee loyalty. For example, it would be socially difficult for a South Korean engineer to switch from a job at Samsung to one at LG; surprisingly, however, he or she could easily resign and found a start-up firm. In Japan, more and more skilled young people are shocking their parents and switching employers frequently just like their counterparts in California.

The corresponding knowledge leak across the tight barrier around corporate research centers is not likely to stop. In an ever-changing world, jobs are no longer guaranteed. Companies cannot guarantee that they will need a given class of expert forever. Finally, job mobility actually provides a company with useful fluidity in its workforce. This factor in itself is rendering the closed-innovation approach less effective than open innovation.

Transition factor #3: Emergence of venture capital as an alternative to corporate investment

During the period from the 1950s to the 1980s, large corporations were the only entities able to push innovation because they were the only ones willing and able to finance it. Small and medium-sized businesses could not enter the competition, because innovation’s inherent risk prevented bankers, which are risk-averse enterprises, from lending money for it. In the late 1970s and early 1980s, another breed of investors, venture capitalists, entered the game. Venture capitalists are not afraid of innovation, because they have learned how to manage the risk by keeping a close eye on their individual projects and distributing the risk across a balanced portfolio of projects.

As can be seen in figure, the effect of venture capital in the United States before the 1980s was very slight; corporate financing of R&D was dominant. During the next two decades, the situation changed dramatically. Today the distribution of R&D expenditure is relatively balanced between small companies and large companies. Venture capital has supported start-ups to such an extent that today start-ups are leading the way in applied research.

There is an interesting consequence of the emergence of venture capital as a source of financing for new firms: if an innovation project is at all viable, it is nearly impossible for a company to shelve it. If the company attempts to do so, the invention’s champions are likely to leave the company and found a start-up to push the idea to market. Interacting with partners during the innovation process brings with it the risk of information leakage. A contractual non-disclosure agreement (NDA) can provide some protection if it includes an accurate description of the knowledge exchange. However, securing the key idea or ideas behind the project in a patent filing provides better protection; a patent also protects its owner from voluntary or involuntary leakage from the partners to a third party. Patenting is a good safeguard, provided that the patent does indeed protect you from infringers. It is a little-known fact that during most of the twentieth century, a patent was not an effective protection. The leading economy, the United States, was busy implementing its antitrust policy. As a result, patent owners that tried to enforce their exclusivity status were not well received by the U.S. justice system. The secrecy walls surrounding corporate laboratories that conducted closed innovation were necessary during that time, because patents did not provide sufficient protection due to the lack of enforcement by the courts.

The enforcement situation changed quite dramatically in the early 1980s. The United States was losing its industrial competitiveness to Japan, and several lobbies were explaining to the U.S. government that American inventions were being manufacture in Japan and then sold to American consumers. In October 1982 the U.S. government created the Court of Appeal of the Federal Circuit (CAFC). This court would be the last resort for patent-infringement lawsuits. The CAFC changed the jurisprudence, shifting it in favor of patent owners. This strong legal statement was made very visible by several flagship cases, such as Polaroid v. Kodak[1] and Texas Instruments v. eight Japanese firms and one Korean firm.[2]

Because the United States was the largest technology market, its judges were at the forefront of nearly all intellectual-property conflicts and their jurisprudence set an international standard. The net result was that patent filing became credible insurance against the risk of unfair behavior in open innovation, and therefore patenting experienced a resurgence, as shown in the figure. This sole legal factor was not, in itself, sufficient to trigger the shift form closed innovation to open innovation, but it did contribute.

Vertical integration is no longer the dominant business model for large companies. A prime case of an industry revisiting the organization of its value chain organization is the automobile industry. In order to become lean and flexible, the major players in the automotive industry split their value chains, spinning off parts production to subcontractors. Gradually, during the 1970s and 1980s, subcontractors moved further up the value chain, so that they now design and supply large subsystems, such as engines and power trains. Innovation often required that car design companies, called original equipment manufacturers (OEMs) companies collaborate with their suppliers. Part suppliers were also active further down the value chain, pushing innovation projects with the help of raw material suppliers. This fragmentation of the value chain in the automotive industry made open innovation a natural practice.

[1] In 1990 Polaroid won a marathon litigation case against Kodak for infringement of its many patents associated with instant photography. For Kodak it was a huge loss, summing up to approximately $3 billion including approximately $1.6 billion paid to Polaroid.
[2] Texas Instruments sued eight Japanese firms and one Korean firm for infringement of its patents associated with dynamic random-access memory (DRAM). The case was settled in 1987, forcing the Asian companies to pay royalties to Texas Instruments for several years.