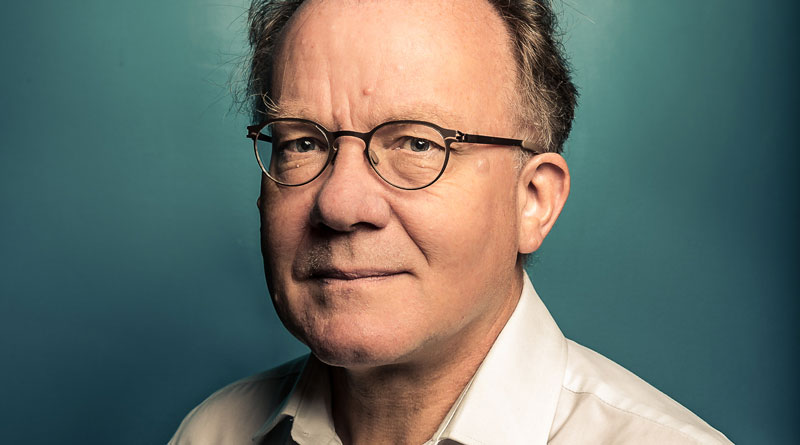 Hervé Arribart is taking over the management of Presans Fellows, previously in the capable hands of Jacques Schmitt. Hervé’s career evolution is emblematic of the meta-expert type that lies at the core of the Presans model of expertise engagement. He took the time to answer a couple of our questions.

Tell us about yourself and how you ended it up being recruited by Presans.

Back when I was a student at the École Polytechnique, I had no precise idea of what I wanted to do. I started my career as a scientific researcher mainly at the instigation of my teachers, for whom I had and still have a lot of respect. They opened up my access to this world. But I did not stay there. After a few years at the CNRS and Polytechnique, I decided I was not a scientific genius. Instead of achieving excellence in one field, I was keen to work on a more diverse set of problems. So I jumped into the world of industry.

I saw what it meant not to have a strategy

At Elf-Aquitaine, I worked on sensors from 1982 to 1985. We developped a measuring instrument for medical use that entered production as a spin-off. However there was no strategy behind this and the project was sold to Dupont (Dupont & Nemours back then). This was a big takeaway from my time at Elf Aquitaine: I saw what it meant not to have a strategy. Instead of moving to the US to keep working on the medical device project, I left for Saint-Gobain.

This decision got me out of the isolation I had experienced as a researcher, even though it didn’t look that way at first. In the mid-eighties, Saint-Gobain operated with a style rooted in the nineteenth century. People were managed in a very oldschool manner. The company was international, but not global. There were no relations between people belonging to different geographical units. All interactions went through hierarchical channels.

Luckily, my arrival coincided with the kick-off of globalisation, a process in which Saint-Gobain was a proactive participant. During my time at Saint-Gobain, I participated in the profound transformation of the company. This transformation happened little by little. Over the course of twenty years, the CEO Jean-Louis Beffa maintained a long-term strategic vision which ended up being extremely successful. I have a lot of admiration for his approach, which gave us the Saint-Gobain we know today, where people work together on a global strategic scale.

During this period, Saint-Gobain recentered itself on the habitat. The goal was to become the leader of habitat. Saint-Gobain ceased to define itself by the processes it made use of. Of course, materials remained important to the Saint-Gobain strategy. But they did not define it. Saint-Gobain refused to continue being perceived as a glass company. It positioned itself towards its market: all the needs related to the habitat. Not just the industrial needs. The end client came into focus, pushing the development and acquisition of distribution solutions. Today distribution accounts for half of the business at Saint-Gobain. Innovation to become market-oriented.

At the start of my time at Saint-Gobain, innovation was not considered important. At the end, innovation was considered fundamental. The decision to put innovation at the centre of the company priorities, including for its Research department, was a highly deliberate one. It transformed how research was done.

The lab I managed had a partnership with the CNRS. We published papers, but this was not the end goal. That lab still exists today. I always kept a foot in the world of science, and before becoming a young pensioner in 2013, I taught at the ESPCI and at Polytechnique. That’s when Jacques Schmitt and Albert contacted me. He knew I had the right profile to become a Fellow at Presans.

So what does it take to be a Fellow?

the key to making it work is humility!

You also need to make a strong impression on clients. A Fellow needs excellent credentials on both an academic and a business level. But at the same time, the key to making it work is humility. You have to accept that in a Presans project, you are both a guide for the client and a learner. The client must accept that you are not the specialist, but that at the same time you have the perspective needed to judge experts. What matters is what knowledge is made of. You need to have an eye for that. That’s how you can spot good experts. Tintin! He had two qualities that are important for Fellows: humility and courage. A univeral hero and a pure heart. Friendship and adventure. My imagination is deeply shaped by his stories. I still have dreams that a new album is coming out. And right now, it’s a joy to introduce my grand-daughter to Tintin’s world.

What about Professor Calculus: is he Fellow material?

I hadn’t thought about it! He does have the ability to show interest for everything, from moon rockets to motorized roller-skating shoes. He’s completely fearless. And he’s completely universal in the way he collaborates on projects with people from all over the planet.
However, he’s not very humble. And he has bad hearing, which wouldn’t work out well with clients.

Interview made on the 30th of December 2015 by Jacques Knight.

From the beginning of his career, Hervé Arribart has shared himself between academy and industry. He began as a CNRS research scientist in solid state physics. He soon moved to the Elf Aquitaine company where he worked on sensors and instrumentation for medical diagnosis, in tight collaboration with Dupont de Nemours. Then, he joined the SAINT-GOBAIN company as a research team leader in the field of materials surfaces and interfaces. In 1990, he founded the joint CNRS/Saint-Gobain laboratory, a public-private scientific joint-venture. In parallel, he was teaching quantum mechanics and solid state physics at Ecole Polytechnique. He was appointed scientific director of Saint-Gobain in 2003. He was in charge of the coordination of research programs, of the management of exploratory research, and of collaborations with universities. In 2009 he moved back to academy again, as a professor in physics and energetic systems at ESPCI. Hervé Arribart authored about 60 research papers and about 15 patents. Hervé is now Fellow & Partner at Presans.