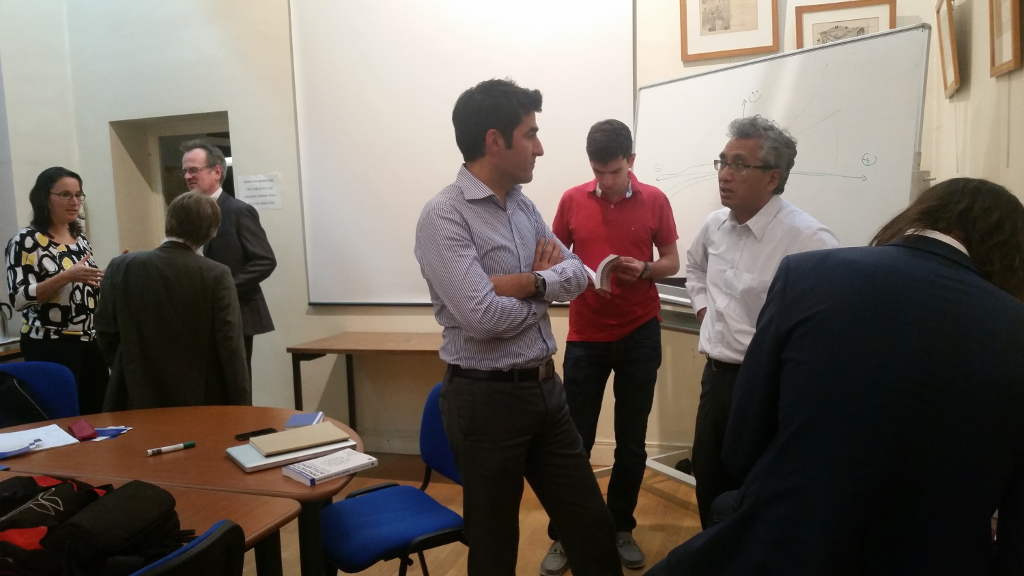 XOI is a Polytechnique alumni think tank focused on open innovation in all its hues and shapes, founded by Tru Dô-Khac, and currently presided by Céline Conrardy. A dozen-strong section of its members participated this week in a meeting located in the halls of the old École Polytechnique, to discuss the lastest book co-written by Albert Meige and Jacques Schmitt: Innovation Intelligence.

After the presentations, Albert Meige launched into the Parrot-built AR.Drone case, the story of how the leading company in hands-free headsets catapulted itself to the forefront of the leisure drones industry, with plans to expand into new drone-positive areas. A seminal case of pwnage that on a meta-level operates itself as a recon drone, scouting out the new territories that the book investigates. In fact, the Parrot drone story captures the three main innovation trends so perfectly that it will soon have its own post on this blog. The three trends are :

Making sense of these trends is not a straightforward matter. Michael Haddad brings up the Nespresso example (the famous Nestlé brand), showing that skilled players can turn commoditization to their advantage. However, as pointed out by Maurice Ndyae, the margins of Nespresso have come under severe pressure. It would thus appear this is a trend that outlasts single attemps to game it.

Even within a capital-intensive industry such as aeronautics, commoditization is making strides. Albert notes that manufacturers such as Airbus have shifted their areas of concern from things like asking themselves how to bond boundary layers when constructing the wings of an aircraft, to things like looking for ways to provide predictive maintenance. The first is required of all serious contenders, the second is uncharted land. According to him, the key issue is how to avoid undergoing the fate of argentic-era titan Kodak when they missed the digital photography wave. Among the more mature responses: the observable rise of innovation commandos assembled in labs around highly autonomous chief innovation officers. However, the optimal solution for exploring the new territories still awaits discovery.

The rest of the session consisted in so-called pitches by the participants, i. e. their comments and thoughts on the book and the presentation. Michael Haddad made two important points. He first outlined two other interpretation of the Kodak story, in addition to Albert’s: the first based on business model constraints, as shown by Clayton Christensen. The second based on the maturity of the environement of a potential innovation, as determined by complementary products, as well as by shifts in the patent landcape. His second point is a prediction based his own experience: the lifespan of the chief innovation officer role will be short. A belief shared by Albert Meige, as it turns out.

Next came Étienne de Rocquigny, who likes the Parrot drone story. He asks what tools midsize companies should turn to if they wish to emulate the Parrot approach. Albert’s response emphasized the role of the founder as a strategist with a strong product vision. According to him, there can be no substitute for an empirical approach based on proofs of concept and tinkering.

Tru Dô-Khac gave his thoughts on the book based on his experience as a consultant. The fact is that, according to him, the world of intellectual services is indeed being rocked by the three trends identified in the book. He believes that any response to these challenges should take into account the distinction between knowledge and knowledge design, the second being far cheaper to protect. The world of board and collectible card games may serve to illustrate this analysis: although it is possible to just steal the rules and play without buying the original props and tokens, the fact is that consumer behavior validates the notion that people also value the design in which the rules are packaged.