The Erosion of the Closed Innovation Paradigm 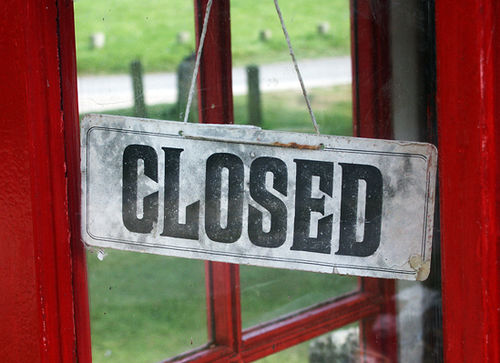 However a number of factors have contributed to the erosion of the virtuous circle formed by Closed Innovation. While some companies who did not manage to adapt suffered from important losses, others have been innovative in the way they innovate and have turned to Open Innovation.

Erosion Factor # 1: Increase of the availability and mobility of skilled people

Governmental policies have initially allowed the increase of qualified personnel. The U.S. implemented such a policy after they realized that a significant fraction of the technologies they had developed for and during World War II (aircraft, radio, radar and even the atomic bomb) was based on scientific discoveries that they had imported from Europe. Such dependence was unacceptable.

In parallel, other trends of the market have led to an increase of the mobility of skilled people. Hence, knowledge and know-how that were once carefully guarded in the fortress of the department of R&D, was getting more and more accessible to others. Thus, it became increasingly easy for a company to benefit from the experience of another by poaching in certain key employees of the competitor.

Erosion Factor # 2: Increase of the number of VCs

VC or Venture Capital: Investors in venture capital provide capital, their networks and experience at the creation and during the early stages of development of innovative companies (more on Wikipedia).

The number of VCs (see textbox above) in the US before the 1980s was very small. Thus there were very little startup attempts by people working in established companies. Indeed, it was difficult to collect enough capital and therefore to convince other qualified people to join in the venture.

The increase in the number of VCs has changed the possibilities considerably and fostered the creation of startup.

Erosion Factor # 3: An alternative to the “shelf”

Factor # 3 is a consequence of factors # 1 (availability and mobility of qualified staff), factor # 2 (increase of the number of VCs) and the “buffer” between Research and Development (see our article “The Golden Age of Closed Innovation”).

Tensions between Research and Development are not new, but factors # 1 and # 2 have significantly changed the situation. Indeed, there are now alternative ways to access markets: instead of sitting on the shelf, a technology can be “taken” by its inventor, who now has the opportunity to create a startup.

Thus, the emergence of VCs has facilitated the emergence of startups and has greatly increased the risk for established companies, to see a technology they had stored on the shelf leave the ship with their inventors before they could capture its value.

This last factor is also a consequence of the previous factors that have facilitated the emergence of highly specialized small companies. Thus the last erosion factor of the closed innovation paradigm is the increasing number of high quality suppliers that larger companies can now rely on.

The emergence of erosion factors for the closed innovation paradigm has loosened the links between Research and Development within the same company. Technologies from Research could not be stored on the shelf waiting to be taken over by Development because they leak to the outside with their inventor. Companies had to adapt. They had to learn to tap outside technologies but also learn how to capture the value of technologies that were leaving. This was the beginning of Open Innovation…