Even Newton Could be Wrong ! 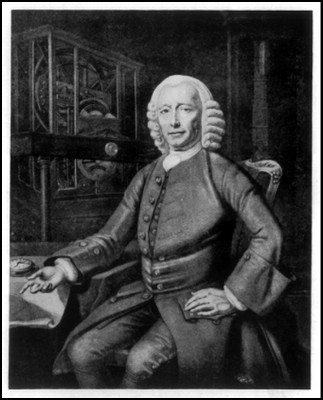 Behind this provocative title lies the seminal article of a series to be published on PRESANS. In this section of the web site, our staff and most importantly, Experts who have registered on PRESANS, can post articles, best practices or testimonies related to innovation, research, university-industry collaborations, crowdsourcing, etc.

Harrison was a carpenter and a clock-master.

Harrison was also the genius who invented the so-called marine chronometer, a practical and accurate device that allowed the longitude of a boat to be determined anywhere on the Globe. Harrison’s invention was a revolution that extended the possibilities of safe long-distance sea travel.

Determining longitude was considered to be one of the greatest scientific challenges between the 16th and 18th centuries and came into sharp focus when explorers started undertaking transoceanic travel . While methods to accurately measure latitude were known, no method was sufficiently accurate for longitude, which caused many long distance maritime expeditions to end in tragedy.

A number of famous scientists proposed theoretical methods, which, whilst accurate in principle, were not practical for navigation:

The problem was thought to be so difficult and so important to solve that the British Parliament created the Longitude Board in 1714 and offered a Prize of £20 000 (representing more than €3.5 million in today’s terms) to whoever would find a method to determine longitude to within 30 nautical miles (56 km). Indeed, England was not the only country interested in finding the solution: the French Académie Royale des Sciences, founded by Louis XIV, also offered a prize to improve navigation (1715) and Philippe II did the same in Spain (1567), etc.

The Longitude Prize is probably the first, and if not then at least the most famous, scientific challenge solved by broadcast search. The principle of broadcast search is to open a problem (a challenge) to anybody, irrespective of its background, culture, expertise, etc. To interest people, some form of incentive has to be provided by the organizers of the competition: the incentive can be money, but it can be many other things, such as fame.

The solution: time is money longitude

Since the Earth rotates at a steady rate, there is a direct relationship between time and longitude. If you know the local time at the position of your boat (this is possible for example by observing the passage of the Sun through its zenith) and if you know the local time at some reference point (for example Greenwich Mean Time), then, by difference, you can calculate the longitude of your boat. This was known. The problem that scientists had to face was that there was no way to keep an accurate time reference on a boat. At the time, most high accuracy clocks used pendulums that were severely disturbed by the rolling, pitching and yawing of the boat so that time was rapidly lost. It was therefore believed by leading scientists that the reference time could only be given by looking at particular astronomical movements (such as Jupiter’s moons), despite the difficulty of making such measurements accurately on a moving boat. Nonetheless, due to the preconceptions, or perhaps the fancies, of leading scientists, most research efforts where channeled in this direction.

Transposition of a solution

While famous and influent scientists of the Longitude Board, including Newton, were convinced that the solution could only be found in Astronomy, Harrison spent most of his life working on a very different approach to solve the challenge: chronometers.

He started in 1730 to build several chronometers to finally reach the accuracy required in 1761. Instead of looking for the solution where everybody else was already looking, Harrison plumbed his own specific set of talents to look somewhere else. He looked in an unexpected direction and found the Solution. Unfortunately for Harrison, Newton’s dogma was so deeply anchored in the scientific community, and the Longitude Board, that it took 40 years of effort and a special favor by King George III for Harrison to be declared the winner of the Longitude prize in 1773.

The goal of this article was not to provide a detailed historical account Harrison’s solution to the measurement of longitude (for more details, see references below), but rather to demonstrate the power of broadcast search. By opening a problem (i.e. by broadcasting a challenge) to a large community and by finding the right incentives to get people involved (such as offering a prize), it is possible to gather a large and variegated group of people, from various horizons and fields of expertise to think about a solution. The story of the measurement of Longitude demonstrates that solutions to difficult scientific problems can emerge from unexpected areas if they are broadcast to a diverse solver population.

In the case of Longitude, whilst the Longitude board, filled with eminent scientists, launched their prize assuming the solution would be based on astronomy (because this is what they knew), the solution was found by a humble clockmaker who was able to apply and transpose his own specific knowledge to solve an important maritime problem. Promoting and supporting broadcast search, crowdsourcing, finding Solutions in Diversity to solve today’s pressing technical issues, this is PRESANS mission.