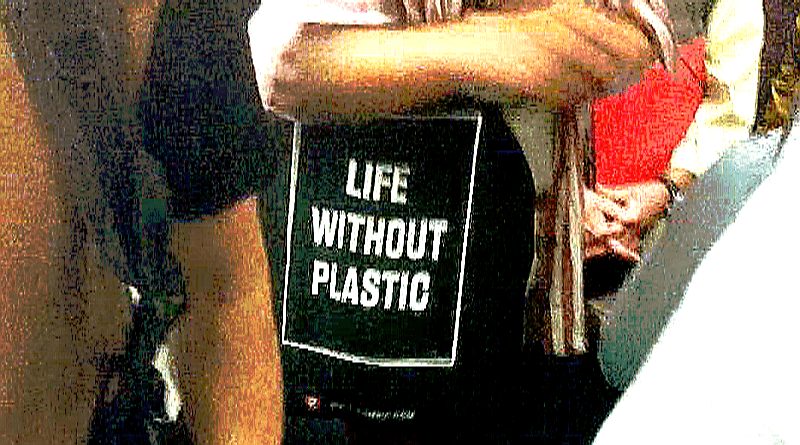 I’m not sure that people do not like plastic. Smartphones are largely plastic and there are people who really like their smartphones, which literally sleep with. The question for plastic is where. In the middle of the ocean, or in the form of coastal plasticrust, the sight of plastic generally excites the self-hatred of our industrial civilization. Ah, this consumer society that degrades the planet from Mount Everest to the Marianas Trench! Feelings have the right to be inconsistent.

But the case has taken proportions that exceed the level of affects. Have you heard of the Anthropocene? The idea is to consider that the industrial revolution marks a new geological era, in which plastic waste plays an eminent stratigraphic role. The International Stratigraphy Commission also has a working group on the Anthropocene that is very interested in plastic. So it’s not just a question of place, plastic also structures our relationship to time, and especially to the long time: who would have thought that?

Over a shorter period, it is also necessary to take the measure of the geopolitical dimension of plastic. Plastic waste has for decades been an easy problem to outsource to developing countries. I often see tables showing a ranking of the countries responsible for plastic pollution, with China in first place, followed by Indonesia, the Philippines, Vietnam, Sri Lanka, etc. Another hit of the Chinese! Except that this pollution is the double result of a production of goods long destined especially towards the West, and of a massive activity of recycling of the plastic waste produced by the Western world. And knowing that all this has just been turned upside down, China no longer wanting to be the trash of the world … and Indonesians could follow suit.

The plastics industry currently has no choice but to transform itself and develop a circular economy. But in the face of the harmful effects of plastic, it is perhaps also up to us to transform ourselves. Ségolène Royal was on the front line to point out the dangers of bisphenol A in her day. Plastics are also regularly accused of contaminating users with xenoestrogens. Faced with such risks, I do not quite see what to do, except to go back a century … but I do not give up looking for leads, including taking dietary supplements, so as not to be too much suffering the effects of contamination. The world is changing, we must probably also transform ourselves … and develop new micro-organisms to devour waste, but that’s another (real) story.

Presans is launching a Synergy Factory on the future of plastics. What is certain is that the fact of writing some articles on this theme has strengthened my ecological awareness. Initially I had good dispositions, having grown up in Germany, a country where ecological awareness is certainly very strong. It is with enthusiasm that I now collect the paper bags from the Pistolet Kitchen Sandwich Shop, right next to our new premises. Ten bags for a waffle replace the loyalty card! And as many plastics less.