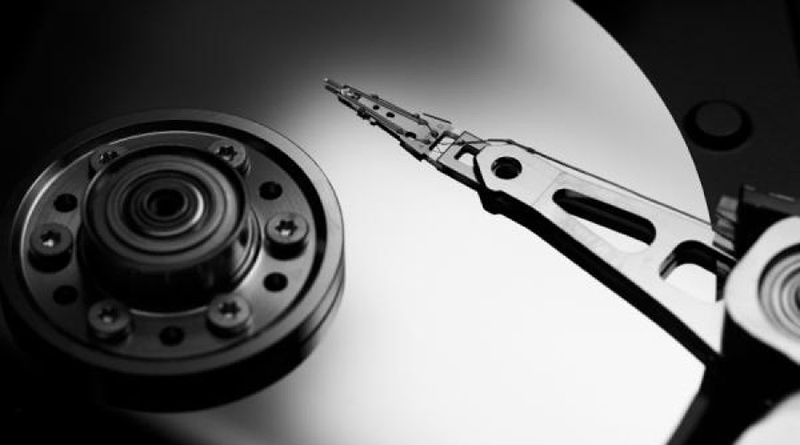 Knowledge is the fuel of innovation. In the previous articles we wrote about internal knowledge and about time horizon. This article is about Frontier Sciences. 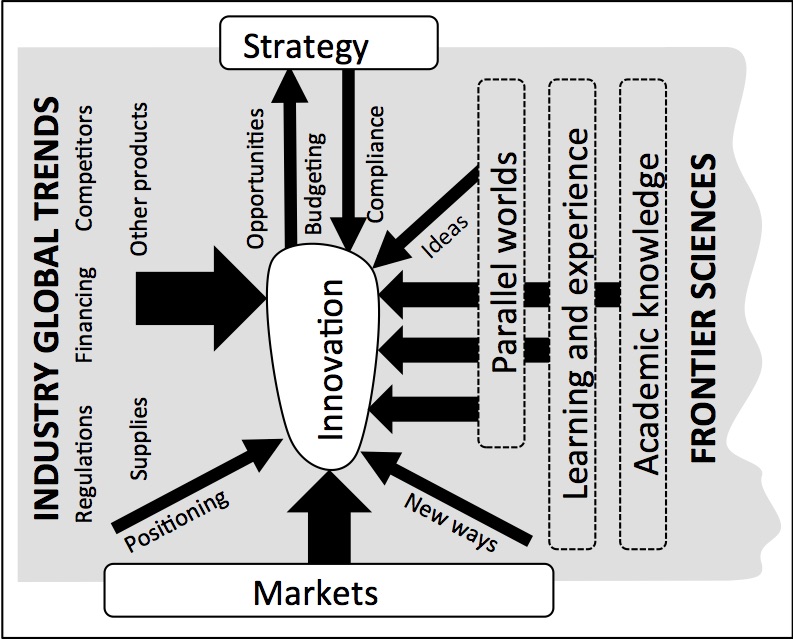 Further away from the daily activity of most companies, we have located the new knowledge generated by basic research or emerging application fields. We call these the frontier sciences. At the beginning nobody knows how soon this new knowledge will be relevant to industrial innovation. However, this new knowledge certainly has an intrinsic potential for creating novel combinations that will affect the industry eventually. Important discoveries penetrate industry as waves with associated delays. The typical delay and duration varies widely; electricity came as huge wave but slowly, stretching on for half a century. Conversely, it took only a few years for giant magnetoresistance to progress from Nobel-Prize-winning papers to the marketing of hard disk thin-film heads.[2] Frontier knowledge penetrates even faster when it is immaterial knowledge such as algorithms or new applications of an existing infrastructure, for example the onset of cloud computing. Currently, the entire economy is being shaken by a wave that is both large and rather fast-moving, the digital wave.

Note that this frontier activity can be segmented into two types:

This scientific research activity is conducted in basic research labs and is primarily intended to contribute to human knowledge. Currently this activity is conducted mainly in universities and public research organizations, although in the past groups inside private companies such as Bell Telephone’s Bell Labs and the IBM Zurich Research Laboratory in Rüschlikon, Switzerland made contributions that led to several Nobel Prizes. It is not impossible for major scientific discoveries of the future to emerge from a private research center, but it is rather unlikely. Public research has become powerful, and private research is too busy struggling with the complexity of applied research.

There is an increasingly active sector focused on applied research via start-up activity. Such activity battles at the frontier of knowledge, but its goals are concrete rather than the general objective of contributing to human knowledge. Examples include the following: creating a process that would improve oil recovery from an oil pit, developing image-interpretation software that can look through turbulent media, creating an algorithm that would detect an epidemic at an early stage, creating a miniature electric motor, proposing a new, secure way to perform financial transactions via the Internet. In each of these cases a clear application has been identified and that application is the motivation for the research. This type of critical activity is undertaken in both the public and the private sectors. Public research centers are urged to engage in such activities. If a project’s initial results are promising, the project is often spun off from the public organization into either a start-up firm or an established company. Industrial laboratories also conduct this type of research.

This applied frontier-science activity is often confidential or at least not publicized because of its business potential. As a result, teams involved in such projects are not linked to an open network for knowledge exchange. Even so, they need to exchange knowledge with others in order to maintain their expertise. For them, the exchange is done via the networks associated with the knowledge bricks they are assembling in their project. As we will see later, exploring frontier knowledge in what we will call the start-up nebulae is quite difficult, because this knowledge is fragmented, rarely disclosed fully, and often strongly tainted by communication-driven optimism.

Despite its challenges, observation and analysis of new knowledge at the frontier of science is a must-do task for large companies. Such new knowledge will, with a high probability, trigger a later wave of innovations for which the key players must be prepared.

[1] The papers by Albert Fert and Peter Grünberg were both independently published in 1989.
[2] IBM launched the first hard disk with a giant magnetoresistance head in 1996.