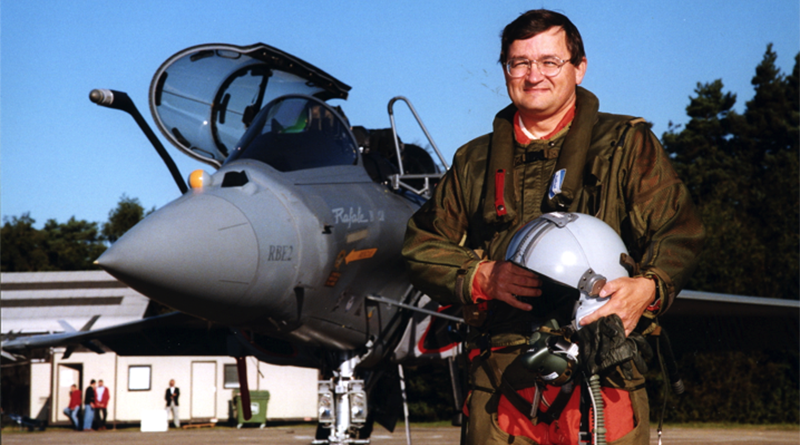 Philippe Perrier is one of our latest Fellow recruits at Presans: a true, high-impact heavyweight in the industrial meta-expertise department, just waiting for a challenging deployment opportunity. He took the time to answer a couple of our questions:

I spent 42 years at Dassault, mainly at the Design Office, designing airplanes. In 1987, I assembled the team that successfully spearheaded French efforts to integrate stealth technology into the Rafale program. That was the culmination of the first fifteen years of my career. I spent the following fifteen years as Programs Director for the Rafale, where I was specifically charged with ensuring the performance of all embedded systems. Finally, since 2006, I returned to my earlier fields of expertise in a Technical Director capacity: aerodynamics, stealth, and performance.

At Dassault, I saw a company that managed to maintain a human scale, with a real innovation and design strategy. You may have noticed that I have a rather fertile imagination. Dassault is a place where I always found people willing to listen, and in some cases fund my ideas. This spirit of receptiveness to innovation is key.

Over the course of 40 years, Dassault evolved a lot. At the start of my career, I had he opportunity to meet Marcel Dassault. Then Serge Dassault took over, bringing many changes, but keeping the passion for aeronautics and innovation, that runs in this family, well alive. That’s important when you take into account the fact that we’re a small player in the field of aeronautics. We’re ten times smaller than some of our competitors. We’re also incomparably more agile and swift in our decision process. This boosts both our motivation and our competitive edge.

Over the course of my career, I also took opportunities to launch a number of more or less exotic side-ventures within two distinct areas. Firstly, I designed an artificial heart valve. I filed patents and also took part, hands on, in a clinical operation in which my device was implanted into a veal. Secondly, in the field of hydrodynamics, I designed the keel of French Kiss, the vessel Marc Pajot sailed during the America’s Cup in 1987. And, for over 25 years, I’ve been one of the pillars behind the Hydroptère project, the famous flying ship that held the sailing boat speed record until 2012.

The way that I became a Fellow is that I attended a conference given by Albert Meige at the University of Paris Dauphine. I expressed disagreement with some of the things he said, but couldn’t stay for a discussion in the aftermath. But he got in touch with me, he was very eager to listen to my point of view. Becoming a Presans Fellow made sense: I was about to take my retirement, but the same time I had no intention of ceasing to cogitate! My fire for innovation is intact, and I’m interested in doing things that haven’t been done before.

Another asset that I bring to the innovation table is that I’ve been active in separate and essentially unrelated fields of industry, from aerodynamics to systems security, to electro-magnetism, complemented by a healthy dose of experimental work, and integrating feedback from live testing,

What does it take to be a Fellow?

That’s not a question I had asked myself before this interview. Two names that come to my mind are Marcel Dassault and Éric Tabarly.

Marcel Dassault was a visionary engineer who successfully imparted and cultivated an innovative spirit in his company. He maintained his interest in technical matters until the end of his life, visiting our staff and having new technologies presented to him. He was an admirable man.

Éric Tabarly’s nautical exploits are well known. He did things that had never been done before. A brave man, who also always did his thing without chasing the attention of the media. His passion for his job was very sincere.