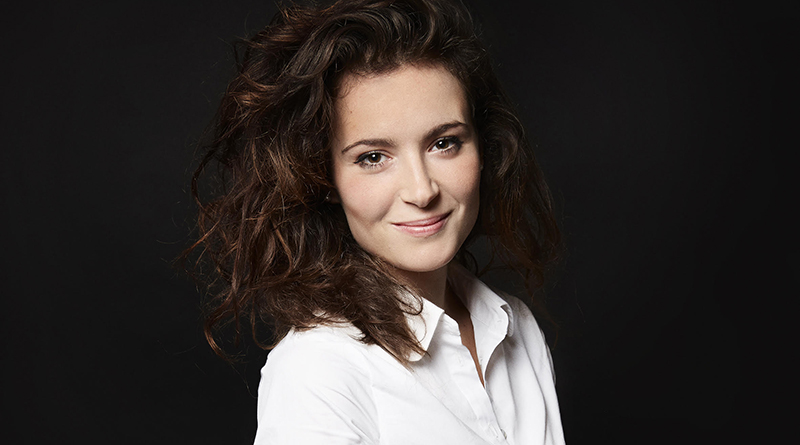 Tell us about yourself and how you decided to create The Boson Project.

During my student years (at Sciences Po Paris, ESSEC and Bocconi University, my idea was that I’d become a police commissioner or an investigating judge. Then I came to the realization that you can’t have an impact on our world from within state institutions. So, while I studied at ESSEC, I created WoMen’Up, which focuses on topics related to male/female diversity. It struck me then that my student endeavours had been predicated on the wrong question: “what job, what industry?”, and that the real question was “how?” Entrepreneurship suits my personality and I love bringing a team together on the basis of a meaningful project. At the end of my studies, I didn’t have a big startup idea, so I decided to turn my own life into the product and sell my idea of the coming transformation to corporations. And this is how The Boson Project got started.

Where does the name come from?

The name comes from the Higgs boson elementary particle. We operate on the elementary particles of companies, that is to say: human resources. A couple of weeks before registering the company, and as I was looking to name it after an elementary particle, news of the confirmation of the Higgs boson came out. I liked the story behind this event: during 30 years, Mr Higgs was ridiculed for asserting the existence of the boson, and now he was proven right. At The Boson Project, the idea we believe in is of course rather simple in comparison. But perhaps in 30 years time everybody will come to recognize the treasures of transformative potential that lie hidden within human capital.

When did you become aware of the existence of a distinct ‘Y’ generation?

I actually think that the driving reality behind the young ‘Y’, ‘Z’, ‘Millennial’, or ‘digital native’ generation, has very little to do with either ‘youth’ or ‘generation’. As this group enters the workforce, we observe their knee-jerk reactions, as well as their integration and retention difficulties. This youth is the catalyst of a major societal transformation, of a third anthropological revolution (Michel Serres), of postmodernism (Michel Maffesoli), of the post-growth world (Daniel Cohen). The signal they are sending to companies is that they need to change. We are in the midst of an epochal moment. The rules of society and business are being rewritten: no longer is this a game where the goal is to be big in order to eat up the small. It is now all about being agile to beat the inert. And the young generation is simply the first whose hard drive has been formatted by these new rules of the game. So, of course, when the babies of this deep anthropological revolution start working in companies, who inherit of 200 years of organizational history, they knock theirs heads into management and leadership models, and organizational systems that have become unintelligible to them. This is how we define this generational phenomenon : it’s not about generations, and it is one of the weak signals that companies will have to transform, among others including the digitalization of structures, the uberization of the economy, the increase of organizational freedom. All these signals converge towards a necessary transformation of organizations, of what they are, and of what their purpose is given the evolving context we find ourselves in.

The day I realized this was when I spoke at Johannesburg, in front of an audience of 3000 people. My talk was slated between Kofi Annan’s, former Secretary-General of the United Nations, and Desmond Tutu’s, Nobel Peace Prize winner. The topic was the young generation. And it became clear to me that if we had been gathered from around the world to share our perspectives and our convictions about our societies, it was because here was a question that mattered beyond the aspects of age and generation. These great political and economic leaders knew this young generation rings the death knell of of yesterday’s world, and prepares our entering of the world of tomorrow.

Shouldn’t the young generation adapt to the way the corporate world functions?

Companies must always adapt to their outside world. Today, the young generation embodies the change occurring in the outside world. Our idea is not that companies should adapt to the young generation, nor do we think it should be the other way around: companies need to adapt to a world that has become transparent, transverse, open, interconnected, accelerative, fluid, and agile. We see the fact that people born with these new traits have trouble fitting into current forms of organization, as a symptom of need changes. Companies should certainly not attempt to become focused on youth per se. It’s about finding adequation to the changes in the outside world.

Do you believe the forms of work organization are evolving in a positive direction?

I disagree with the question. ‘Positive’ and ‘negative’ are terms that imply a value judgment. But changes in the organization of work have always been going on. Today we are moving from pyramid-shaped structures to networks, from long hierarchies to flat ones, from very integrated to very dis-integrated companies, including agile, autonomous business units capable of carrying risks. On the workforce side, we are shifting away from the lifetime job ideal, because this ideal simply isn’t possible any longer. Either workers will accumulate short term engagements in a multiplicity of companies, or they will become their own bosses. Is this good or bad? I can’t answer that question. I believe in Adam Smith’s invisible hand of the market, and in Joseph Schumpeter’s idea of creative destruction. There are natural and inevitable economic forces at play, that lead to the dislocation of the labour market. No political regulations can contain these forces. The attempts of the French Government to shut down Uber are on the wrong side of history. How do you accompany these changes to make them work individuals? That would be a far better question. The defense of lifetime employment needs to be replaced by the defense of employability. So I reject the question of whether the evolution of the organization of work is positive or negative, but I would agree to say that it corresponds to the direction of history, and that there is no going back to yesterday.

(Laughs) It’s the reality of many startups. There are more and more technological startups, and because there are hardly women in tech, there are mostly guys in these startups. I really believe, and this goes beyond startups, that diversity, be it by age, by gender, by culture, by social background, is a key for organizational transformation, as well as an intellectual framework to understand the world we live, which isn’t complicated, but complex (Edgar Morin). Diversity gives as weapons to understand the mutation of our world, and to create structures capable of adapting themselves to societal transformation as it happens. So, is the lack of gender parity a grave matter? Yes (laughs). I don’t see much of a future for companies where everyone is white, male, around 30 and from the same engineering school. Because this means that mental frameworks are being cloned. I believe it is by mixing up generations and cultures, like we do at Boson Project, where our 15 collaborators total 4 nationalities, by achieving gender parity, by combining civil and military engagements, which I do by being a Navy reservist, it is by conjoining all these perspectives that we can identify the most innovative, out-of-the-box, avant-garde ideas, that we so desperately need in order to adapt to today’s world. The reproduction of clones is a major business strategy mistake.

How do you mix generations at the Boson Project?

The full-time bosons tend to be in their twenties, and they are surrounded by a learned assembly of affiliated senior members, who bring the weight of their experience to our projects. We work in this way with lots of older people, and they lie at the heart of the Boson vision. So the mix takes place in the projects, not inside the startup itself.

This is a tough one (takes a moment to reflect). I don’t have historical heroes. I refuse to answer ‘Steve Jobs’ or ‘De Gaulle’, like many people in their twenties would tend to reply these days. Which, by the way, is in itself a symptom of the failure of France. When it comes to contemporaries, I have to say I don’t like the term ‘hero’ itself. But I do derive deep inspiration from people like the Admiral Olivier Lajous, former director of HR at the Marine nationale. In my opinion he holds the keys to face our future challenges, with a high degree of benevolence, pragmaticism, and emotional intelligence, while at the same time being a career officer. Michel Serres is another person I have the highest admiration for. I admire his ability to remove his own seeing-glasses, and to produce an unbiased analysis of the new generation in Thumbelina. His take on this phenomenon is unencumbered by filters of any kind, and enhanced by an extraordinary degree of benevolence.

Those two are my Rafikis (The Lion King): Michel Serres and Olivier Lajous.