In 2033, you’ll be transferring, not working 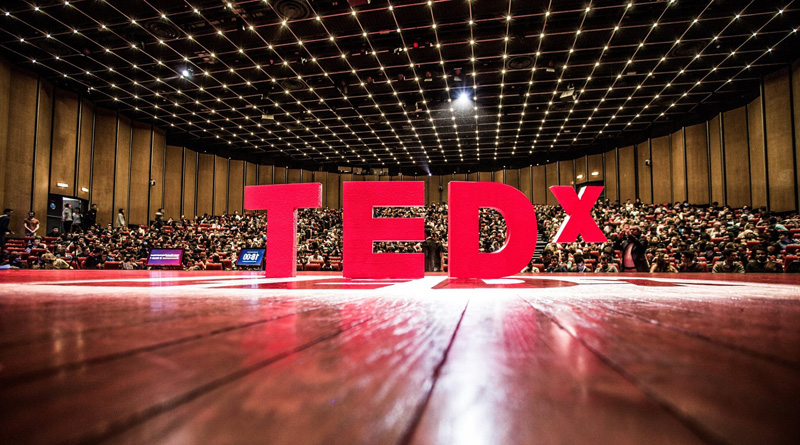 Let’s add a couple of elements. The date is May 15, 2033. It is 10:27 AM. The woman you see here is Maya; she is a real person. She turns 26 in a few weeks and just woke up. She worked late last night. Actually, in 2033, people stopped using the word “work” a long time ago. The term of choice is now “transfer”. What is being transferred is skill time. Maya consults her iPhone screen – indeed there will still be iPhones. 37 emails. 17 SMS (I know what you’re thinking: “in 2033, SMS will have been replaced” – however they will also make a comeback based on vintage appeal). 3 transfer requests.

In 2033, transfers will go through LinkedIn, which will have become the platform of reference that supports virtually the entirety of the global job market.

3 Linkedin transfer requests are thus displayed on the screen of the iPhone Maya.
The first transfer request comes from Airbus, who needs her to lead a workshop in the afternoon. Sidenote: Airbus is still in the global corporate picture, despite having been attacked by many startups such as SpaceX, Thrust Me and Google, to name only the most famous. Maya slips her finger on the touch screen and forwards the request to transfer to her twin sister Iseline.

The second transfer request comes from a young Saharawi woman and concerns a social entrepreneurship project. The Saharawi people, who after many years finally managed to become an independent country, have a lot of infrastructure needs, especially in relation to the exploitation of their natural resources. Maya loves to volunteer for this kind of project. She accepts the transfer of skills. Slide to accept transfer.

The third transfer request comes from the iLand startup that has raised a neat sum of Bitcoins – everybody has been using Bitcoins for the past eight years. This startup needs skills in strategic marketing. Maya has successfully treated a similar subject less than 6 months ago. It’s a perfect match. The mission will last 15 days and will be paid 25 Bitcoins. Slide to accept transfer.

After the Slide to accept transfer, the digital platform handles everything: a service contract is automatically generated. Maya’s bank account is credited automatically. Maya can focus on delivering her expertise and know-how. The user experience is characterized by simplicity. Any apparent complexity has been eliminated. The bureaucratic factors are hidden from Maya’s and her client’s view. People no longer work. They transfer.

Why am I telling you this story? The reason is simple. In 2008, two years after completing my PhD, while I was a researcher here at the Ecole Polytechnique, I founded a startup: a web platform to mobilize experts on demand. That led me to get excited about the changing world of work and enterprise. In September 2013, I was in Cargèse, Corsica, for a large workshop with big brains from Dauphine and the Ecole des Mines. We were talking about the origin of the concept of a corporation, and right there, in my shorts and flip-flops, I had a completely counter-intuitive Eureka! moment: what awaits us, and which my above story illustrates, strangely resembles a return to the pre-industrial era.

So, first of all, why do I think that we are moving towards the concept of transfer? Because this concept is a simple extension of three fundamental trends that can be identified today, in 2016.

The first trend, which you know better than me, is the Slashers. Are there old people among you? I mean people over 30? The Slashers are the other ones. Today, in 2016, you can’t yet transfer, but you can slash. Slashers spend less than one year within the same company. They have many strings to their bow. They market themselves as a product. And to them  there’s more to life than work. They want to do the things they love. That’s the Slashers.

The third trend concerns companies. I described this trend in a book I published last year. Companies are facing an unprecedented acceleration. And the question facing all businesses is the following: how combine a startup’s agility with a company size in excess of tens or even hundreds of thousands of employees? Imagine the paradox. In response, we are seeing the emergence a new form of business organization. A dynamic and open company. “Dynamic” because in an environment that where change is both greater and faster, companies that survive are reconfigurable – they change in real time. “Open” in relation to the talents that compose it. Tomorrow’s companies will be project-oriented. Projects that will unite internal and external talents, recruited for the duration of the project. It is as if the organization consisted of a protean set of startups.

Transferring is what work will look like in 2033, simply by extending these three trends over the next fifteen or so years. At this point you are probably thinking “he’s eight minutes into his talk about transfers, and we still don’t have a clue what that is.” Well, you’ll be extremely surprised … because, basically, it looks a lot like the way recruiting is done in 2016. Either we are hunting for a job or we are hunted for one. We send resumes, write cover letters, obtain letters of recommendation. We get selected, sign a contract, get paid. We contribute to health, unemployment, and retirement funds. We leave or we get fired. In the middle of all that, we do our job.

The fundamental difference is that with transfers, the whole suboptimal administrative component happens online and especially becomes almost invisible for the company and the individual who just have to focus on the exchange – the transfer of competence -, and the reality of the job.

What is happening is that soon professional social networks will be able to match on-demand the needs of businesses and individuals, in a reliable and robust way. After that, they’ll “just” have to put in place the infrastructure to sign contracts and pay on demand, and we’ll be there. They also will add a whole lot of options for contributing to insurance funds against unemployment, for retirement, for health and in this way they’ll replace the currently broken system. At that stage reservations and criticisms will appear (similar to what happened when geolocation arrived), but these will soon be forgotten because everything will be made so much simpler by the new system. The world of work in companies will change completely. Labour laws will change. They will become increasingly deregulated. The system will regulate itself, thanks to reciprocal online recommendations. If you’re motivated, you’ll be producing and thus you’ll climb in the ranking. If instead you’re inefficient, you tumble down and eventually are left out of the system. It’s like Uber, but for the corporate jobs.

It’s back to the nineteenth Century, but wrapped in digital. It’s Germinal and the factory worker’s booklet, with a steampunk twist!

And as digital is synonymous with ultra-concentration, the whole system will probably be managed by a single actor. Linkedin currently is the best positioned player. This is the time to buy shares Linkedin if you haven’t already – especially as the price has dropped a lot recently.

In 2033, our three trends have converged, and because of that people will have gone from working to transferring. Infinitely more agile and stronger companies will have been invented. These companies will be composed in large parts of Slashers, recruited on demand through digital platforms. These Slashers will be happy because they will have entirely reclaimed their time and life – in comparison with previous generations. They will sell their services to the highest bidder. They will only do things that interest them. All will be for the best in this best of all possible worlds.

Even better: in 2033, unemployment will have disappeared from the globe, and as it is the BCG who says this, it must be true.

Of course, as with any revolution, some will end up being left behind. Most studies tell us that the top percentage of wages will grow more than 10 times faster than the lower wages in the next 15 years. None of the current scenarios take into account the nonlinear effects and disruptions that digital will cause in the organization of work.

Inequalities will thus continue to widen. Everything will be far from rosy. But hey, this is not very important. This is Darwin, actually.

Today, in 2016, my two daughters, Maya and Iseline are two girls of 8 and a half years – I told you they were real people. They don’t transfer yet, but it is certain that the work of tomorrow will be very different from what it is today. They won’t work, they will transfer. And they will be happy.

Well, they’ll be happy if they find themselves among the 10% for whom the revolution will be positive. What will happen if they land where the remaining 90% exist, that is to say: the vast majority of people? Is this is what I wish for my children? Is this is what you want for your children? A world of work that will be really great for 10% of the workforce. A world in which 90% will be treated as interchangeable commodities subjected to fierce competition. Is that the world we really want? A world in which innovation and disruption are not synonymous with human progress?

This post is a transcript in English of the talk I gave at TEDx Polytechnique on the 24th of February 2016. It is about what work will look like in 2030.