The Uberization of “Heavy” Industry: Some Thoughts on the Oil & Gas Case 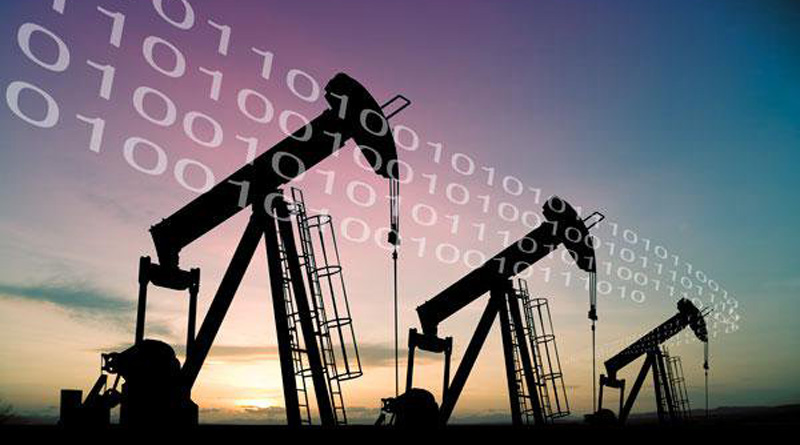 A couple of weeks ago, I got invited by the Director of Intellectual Property (IP) of a large international corporation in the energy sector to give a conference on innovation and digitalization. While I am fairly well-versed in both topics, this invitation confronts me with two challenges: (1) Connecting these themes to the intellectual property function, on which I hardly know anything. (2) Drawing the implications of stories we are all starting to become familiar with, such as Netflix, Airbnb, Tesla and Uber, as they apply to B2B industrial players, in a sector characterized by immense capital investments. In the following, “heavy industry” refers to this sector. Is the uberization of heavy industry conceivable? That is the question that I shall examine. I will interview the Chief Digital Officer of this group, as well as two members of his team. All these people are recent nominations, which means they are hard at work analyzing the situation. What follows is my report on what I learned there.

It is eight twenty-two on a November morning. The Sun rises over Rochefort Castle, where both of these two days dedicated to IP are taking place. Close to 150 IP specialists of the group are gathered here. After listening to the highly interesting talks delivered by several important figures, some of whom coming from other industrial companies, it is my turn to get up on the stage.

NEST: Energy Barbarian. In 2014, Google acquired Nest Labs, a 200-employee company that makes smart thermostats, for $3.2 billion. Panic ensued among the major players in the energy sector. Yes, Google has deep pockets and it has acquired many companies, but $3.2 billion is a lot of money. Why did Google make this acquisition? It followed the same strategy as digital barbicans do in any sectors: forging a relationship with the consumer by offering a Trojan horse (a free service, a free product, or just something fun). Why smart thermostats? If consumers use Google’s smart thermostats, Google knows when the consumers are at home, how they use energy, what our habits are, and so forth. Armed with all of that new information, Google’s next step is obvious: provide new services to help consumers optimize their energy consumption. They capture the relationship that consumers previously had with energy providers, along with the associated profit margin. The energy providers are being either commoditized or, even worse, disintermediate.

My talk begins with a couple of examples to sharpen the curiosity of my audience. One of these examples is the acquisition of NEST (see insert), the 200 person startup manufacturing connected thermostats, by Google in 2014 for the sum of 3.2 Billion Dollars. This example is highly significant but not well known in all the circles of heavy industry.

I then discuss the three major trends forcing large organizations to rethink innovation, and that we have described in our book Innovation Intelligence and in our article Towards an Uberization of Intelligence : inflation and fragmentation of knowledge, the acceleration of commoditization, and digitalization. These three trends are causing an acceleration of change that is without precedent, forcing corporations to increase their agility.

The next step is to bring the audience to imagine what the Uber of heavy industry would look like. Such a task is comparatively easy in the case of, say, Vinci, that offers parking spots, and seems to be doing rather well with digitalization. It is is much harder to imagine the uberization of Exploration and Production in the Oil & Gas sector.

Exploration-Production is a B2B business that consists in finding, and then exploiting hydrocarbon deposits. It is a high risk, high return business. We’re talking tens of Billions of Euros in investments. It doesn’t seem possible for a startup to invent an app from a garage that will disintermediate this business. And yet…

And yet, some players are already changing the rules of the game.

A first line of thought and inspiration is provided by what is going on in the aeronautics and astronautics industries. In a nutshell, Boeing is the main historical competitor of Airbus. The new competitors are Space X and Google. Space X puts satellites on orbit at a 30% lower cost than the rest of the industry. Google acquired Titan in 2014, and Titan develops and manufactures… Drones. Tomorrow, as part of its mobility services division, Google could acquire 1000 Airbus planes and bundle a set of services around them. Planes would be demoted to the rank of mere commodities.

The second train of thoughts originates in a project announced by GE in 2014 to be coming online this year, ie in 2016: the Predix platform. Predix is an open platform for applications that can be accessed by any company wishing to develop applications aiming to improve the performance of systems using GE products. What is going on here? The equipment supplier also becomes the supplier of the infrastructure that will enable equipment-based services (predictive maintenance, etc.) Expect shifts in the value chain. This is a good opportunity to draw attention to an excellent book on the topic of platforms: Platform Scale.

Let’s get back to the Oil & Gas sector.

There are in fact at least three ways to imagine the uberization of Oil & Gas.

In conclusion, I wish to underscore that the above points are merely lines of thought for the Oil & Gas industry. They could also be applied to other sectors. Three points should be kept in mind in order to develop this analysis: