The Innovator’s Mindset: Being Number Two — An Interview with Miguel Aubouy 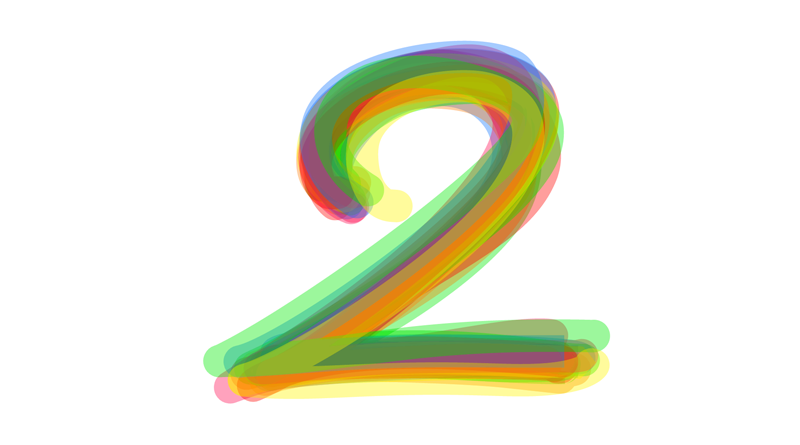 There’s something different about innovators that sets them apart in their outlook. They might be doing everything right, and they might even be reaping rich rewards from doing so. Yet they stay away from becoming fat and comfortable. They opt for a more “stay lean and hungry” approach to business. Seeing this trait embodied in SEB is what recently helped us put a finger on it. As we wrote in a previous post:

Seb definitely has an inferiority complex. And that’s a good thing. Be number two.

We also said we’d go deeper on this topic, so we did what we always do: we got an expert to weigh in on the matter. As it turns out, it’s the sort of thing number twos tend to do.

We interviewed a black-collar-sporting ex-physicist/very current innovation thinker, who had taken a shot at defining the essence of this aspect of the innovator’s soul: Miguel Aubouy. What follows attempts to capture in condensed form what happened.

“Hold on to the mindset of being number two, while being number one”: Is this a correct statement of the Aubouyian imperative?

The idea that started this book is that the rules we are told to follow at school and in our early adult lives are completely incompatible with what needs to be done in order to innovate. Within the educational system, the aim of excellence is the sterile reproduction of what already exists. Three words capture this : ‘problem’, ‘difficulty’, ‘failure’. At school, the good students are those who get rid of problems as fast as possible. In the innovation economy, a problem is something positive, that forces a company to ask new questions. Those are what may lead to valuable patents and innovation. The second word is ‘difficulty’. For students, difficulties are something negative. For companies, difficulties are closed doors waiting to be opened, granting access to instant competitive advantages. Finally, we have ‘failure’, which denotes the worst thing that can happen in the context of school. But in innovation, ‘failure’ has a positive value, because it implies having learned something new. The contrary of innovative success is: not trying anything new.

Being number two isn’t about numbers. It’s about mindset. It’s the mindset of the maverick who attempts to answer the questions he has asked himself, not those asked by his teachers. Innovation implies breaking the implicit or explicit, local or global consensus. The innovator’s style of work is laborious and painstaking, because he is venturing into the unknown. He lacks the grace of the top of the class, he lacks elegance, traits the education system rewards above all.

The difference between number one and number two is the difference between perfect adaptation to the educational environment, and good enough adaptation, with sufficient understanding of the rules and ability to perform under them, but also with the desire to ask unasked questions and have a look elsewhere. You need to have this desire to ask your own questions and follow your path, but you also need the ability to understand the world you are situated in. Being positioned too far on the margin is not conducive to innovation. So another formulation would be: a number two strikes a balance and can play between the outside established world and his own inner world, which takes him in unexpected directions. But he is able to communicate these new directions to others in the outside world.

Is the goal of a number two type to become number one?

That is precisely not my point. It is a commonly spread view that number twos seek to change the world to become number ones in the new world they contribute to bring to existence. It’s a fairly standard account of innovation. What I say is different : the number two does things differently. It’s as simple as that. Dyson notices that there is a problem with the intake of standard vacuum cleaners. Anybody could ask that question, but he takes it very seriously. He breaks with the standard way of thinking. He does things differently, laboriously. This can lead to changing the world. Or not. The important thing is the part where he does things differently. Changing the world may or may not ensue, may or may not be desired, but that is not an essential feature of the number two mindset.

The Kodak story is now well known to those interested in innovation. Would you agree that because of its standing army of chemists, Kodak did not, or could not find a viable response to the digital revolution within its industry, despite being at least partially aware ahead of time that this revolution was going to happen? Is there a secret way to immortality for companies?

No company is immortal. Of course, if I made the claim that I myself am, in fact, immortal, you’d normally have to wait for some time to obtain irrefutable empirical proof of my error. This of course does not change my opinion about companies. The real question is: what is it that allows certain companies to totally reinvent themselves? This is a fascinating question. The Nokia example comes to mind. Nokia sold rubber boots before it started selling cellphones. 3M stands for Minesotta Mining & Manufacturing. They sold equipment during the gold rush: shovels and pickaxes. But also glass paper. Which lead to their enduring interest in gluing things to paper, and to the post-it and scotch products. Some companies are able to do that, others not. This is where Kodak comes in. To understand Kodak, i use two keys.

The first key is an ancient commandment: know thyself. Kodak to their job too literally. After a century of business, they came to believe they were a producer of photosensitive chemicals. Because all of the people in Kodak were chemists. But that’s not what their customers were buying, because what they really were buying was memories. Had they fully known and understood that, perhaps they would have reacted differently to digital disruption. It’s a tough question. Clayton Christensen discusses this in The Innovator’s Dilemma.

The second key is to ask ourselves: what does it mean for a company to ‘survive’? The answer to this question is far from obvious. It’s an old question. Plutarch discusses it. I like to connect what I do in the field of business and innovation to old questions and ancient myths, because it’s not done often enough, and because it breathes a larger meaning into what we do. So, what does it mean to survive, as a company? Take a boat. If you replace one plank, it’s still the same boat. What if you replace every plank, over a long period of time? There’s no easy answer. I tend to say that the boat is now a new boat. It’s not at all the same boat. Is Nokia the rubber boot manufacturer the same as Nokia the cellphone maker? It’s hard to tell. I would tend to say yes, because something survived. What about the Christensen approach of solving the dilemma, which is for a large, established corporation to create startups? By biological analogy, this is similar to making children. Do we survive in our children? That’s a philosophical question.

The Western view of existence values being something over the dynamics of becoming. But innovation is about metamorphosis, progress, evolution. Kodak believed: “We’re a company of chemists.” This prevented any viable response to the challenge it was facing. What matters the most: how things already are, or the flow of what lies in a state of change? This questions acquires vital importance when it comes to transforming an idea into something real. There is a lot of subtlety involved here. Do you stay close to the original idea, or do you let the contact with reality produce a metamorphosis? A sublime formulation attributed to Pindar comes to mind : “Become who you are.” In innovation, you want to avoid letting the existing state of affairs prevent you from accomplishing new things.

When it comes down to it, isn’t it more important for an established company to exert control over its environment to keep it from changing? Or do you believe innovation to always be of vital importance?

I just don’t believe in maintaining things the way they are. We’re hitting a wall made of natural constraints. Our economic system won’t be saved by lobbying. We need to evolve, and I’d rather bet on companies that invest on making themselves more agile, on making their collaborators more resilient, in all kinds of ways. I think such an approach to be more conducive to ensuring the perennity, not necessarily of a company, but of a way of working, of doing things, of a mindset. Or of a brand.

Regarding the need to have balls

Bob Sutton wrote that collaborators need to be fighters. Does it take balls to innovate?

Bob Sutton is a management genius. He’s the only one who managed to come up with a set of rules to manage innovation. I recommend Weird Ideas That Work: 11 ½ Practices for Promoting, Managing, and Sustaining Innovation to everyone. The rule you mention comes from that book. You have to fight, of course on an intellectual level, for your ideas. The truth rises up from the confrontation of viewpoints and ideas.

We tend to focus on the sunny, quasi child-like side of innovation: coming up with new ideas, changing the world. It’s the better known, media-friendly side. But there is a dark side. The life of innovators is generally tragic. Facing this side does, indeed, take balls. You need courage. But there is also a feminine side to innovation. There is no innovation without a nurturing effort. Innovation is about bringing something new into existence. The analogy to giving birth runs deep. I have examined it elsewhere. And it is not by accident that men are drawn to innovation, which requires a sustaining, day-to-day commitment on a quasi-cellular level. This goes far beyond basic virility.

That’s a big and important question. To me, innovation is like evolution, neither negative nor positive. I’m Darwinian in that sense: species adapt to change, but there is no overarching meaning to the process.
Of course, progress implies innovation. You can’t have progress if you don’t change anything. This is something that needs to be reasserted: our system needs to change. And our children have the right to want to change things. The world is an imperfect place.

As an innovation specialist, the question I find of particular interest is the following. How do we integrate societal concerns into the innovation process? In this regard, I expect the State to claim back, one way or another, the directing economic role it lost during the 1980s. It won’t make innovating easier, but the natural constraints we are running into hardly leave other options open to us. To conclude this interview, tell us please about your latest book.

This is book number five in a series that will contain ten to fifteen. It deals with the core attributes of the innovation process : the hunter phase, the wizard phase, and the cultivator phase. It explains why innovation is so damn hard. Funnily enough, it turns out successful innovators are rare for the same reason that winners at Who Wants to be a Millionnaire are rare. I also discovered that the story of Apple provides a superb validation for this framework. Basically, it’s a small treatise on the uberization of the world.

Article based on an Interview with Miguel Aubouy on December, 2nd 2015.