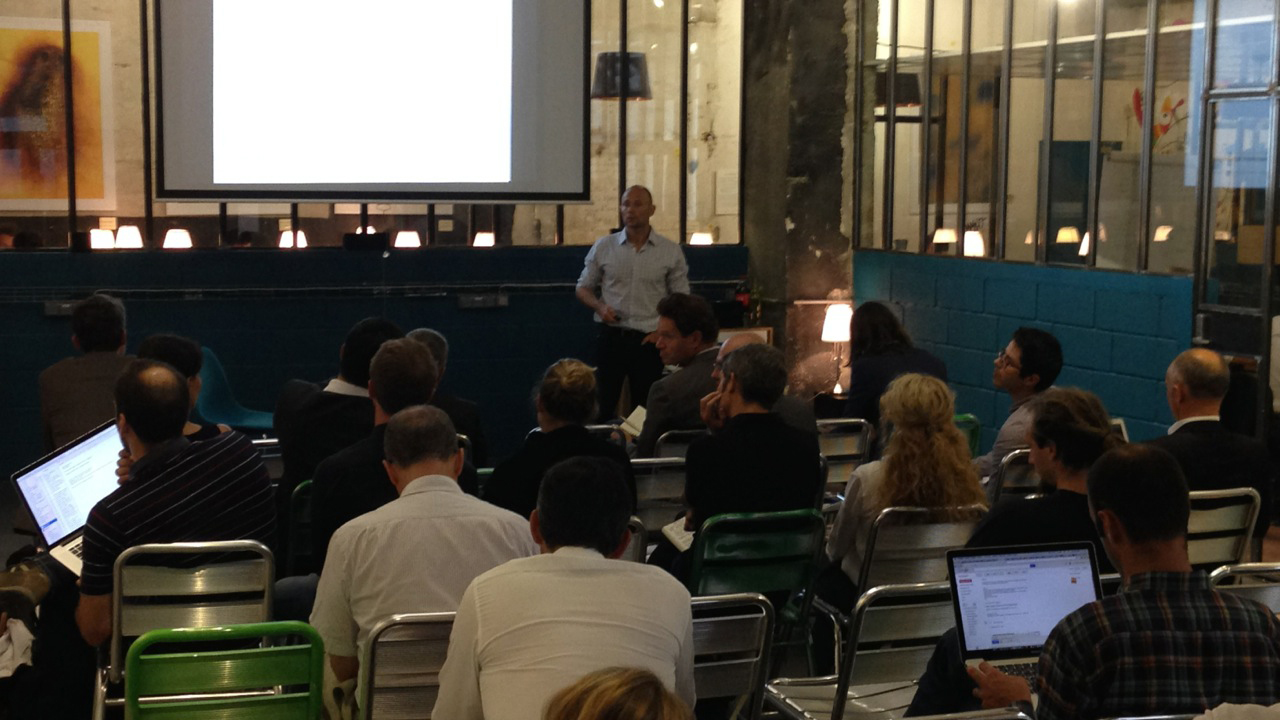 Global innovation guru, facilitator and pattern catcher Stefan Lindegaard was in Paris last week. He’s already left of course and might be reading this from Brazil right now. But he came to Paris and seized upon this opportunity to deliver a talk hosted by Presans at one of the fairly new Remix workspaces, set right in the heart of the burgeoning and vibrant Parisian startup enclave also known as the 10th arrondissement. Around 40 intrigued people came to attend this event organized on relatively short notice.

To describe Stefan Lindegaard’s intervention as a talk does not do justice to his lively and crisp style of exchange facilitation. Before, during and after the talk, Stefan brought out the participative side of the audience, all the while keeping the discussion focused and moving forward in a smooth manner.

This inclusive approach was particularly on display during a segment of his talk in which Lindegaard noted that middle management will often stop innovation just by doing their job. He went on to contrast the roles of top-down vs bottom-up processes. One participant emphasized the subtle distinction between top-down support and top-down approach. Another member of the audience whose identity should not be too hard to infer made mention of one of the main findings of the recently published Innovation Intelligence book: whereas it used to be attached to the R&D function, the corporate innovation function now tends to gravitate on close orbit around the CEO.

Throughout his corporate engagements, Stefan Lindegaard cultivates a central paradox. The paradox is the following: you get more innovation when you avoid using the concept of ‘innovation culture’. According to him, attempts to emulate or even recreate the innovation culture of companies such as Apple are doomed from the outset to futility. In fact, he goes as far as to suggest that, once you’ve analyzed the meanings and uses of the word ‘innovation’, the best thing might well be to eliminate it from your vocabulary altogether. Lindegaard believes innovation to be above all a matter of having and sharing the right mindset. Many among the audience appeared to be in agreement with him on this point. Once people agree to do away with marketing buzzwords and over-formalized processes, they make room for the mindset and framework they actually need to accomplish their goals. According to his own estimation, only a 5% corporate elite operates on this mindset level. The rest are either maturing their approach, still testing the waters or falling behind.

You can find out more about Stefan Lindegaard on his website, Innovation Upgrade.