Trust within the (French) pact for competitiveness 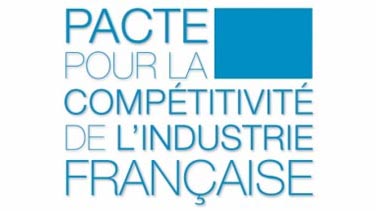 “Promoting innovation and quality, entrepreneurship and risk-taking, breaking down barriers and working together, developing skills and (re)giving a taste for technical progress, opening new spaces for dialogue and stimulating collective intelligence. Here are all the ingredients to mobilize forces in the country and in particular its youth.
This is where confidence and optimism will come from, and therefore success. “

Will the approach proposed by the Gallois Report create confidence?

The 10th, 11th and 12th proposals certainly will contribute towards this goal: a “Small Business Act” to fix the rules of the game, requiring large groups to combine their suppliers (to obtain state support) and to develop their exchanges (IRT, clusters, industry committees …), increasing opportunities to learn or relearn to play  as a team.

But perhaps we should first (re-)establish trust.

According to Morgan and Hunt, two leading researchers in the study of interfirm relationships, trust in a relationship is when an actor has confidence in the reliability and integrity of his partner. Thus, trust relies on a shared frame of reference: the rules of the game, and the ability of firms to expect that the other refers to it: will he play according to the rules?

For competitive recovery (which was the object of the Gallois Report), trust is an ingredient before being a result: to “break down barriers and work together,” it is necessary to ensure that this can be done without too high a risk of opportunism from partners. And, the lack of trust in inter-firm relationships has been an increasing problem with the crisis (cf. barometers of the SME Pact and ObsAR). Loss of trust between companies leads to loss of competitiveness.

We have to take the problem at its root: (re-)establish trust between French firms.

This mission is part of the role of the governmental agency “interfirm mediation”, whose field of intervention should be amplified (Minister’s speech on recovery at MIDEST 2012). And, there are still more paths to explore…