Open Innovation at LEGO: an interview with Erik Hansen 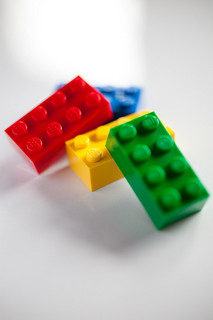 How is Open Innovation performed at LEGO?

The LEGO Group has experimented with Open Innovation for several years. One of the best known examples is how lead users were engaged in the development of LEGO Mindstorms NXT. Current examples of LEGO Open Innovation practices are LEGO Cuusoo and LEGO Architecture:

One of the ways they perform Open Innovation practices is through LEGO Cuusoowhich presents a Web-based Open Innovation and crowdsourcing platform where consumers are able to submit and vote for their favourite ideas for new LEGO products. If a suggested idea has more than 10.000 votes it gets reviewed by LEGO specialists in order to potentially become an official LEGO product. When an idea creator’s suggestion is finally commercialized by LEGO she or he receives up to 1% of total net sales of the product.

2. Learn about world famous architecture of all ages through LEGO bricks LEGO Architectural Artist, Adam Reed Tucker, sees worldwide architectural landmarks through LEGO artistic eye. Thanks to LEGO architecture, LEGO users have the opportunity to build and to learn about the Sydney Opera House, the Big Ben, the Brandenburg Gate, the Rockefeller Center, The White House, the Empire State Building, and many other famous constructions using just the bricks. Furthermore, users can suggest and vote for their favourite historical monuments all around the world in order to see them through LEGO Architecture eyes.

In which fields does The LEGO Group plan to use Open Innovation?

First of all we want to engage more deeply with our fans and users, whether they are children or adult fans of LEGO. We want to listen more to their needs and wishes so that we can better deliver what they want. We will also invite all LEGO employees to share their thoughts not only on ideas for new products but also for all kinds of other suggestions for how we might better serve our customers and consumers, and how LEGO Company may become an even greater place to work. The collaborations with other companies and universities, e.g. the MIT Media Lab will continue and may be intensified. In today’s world we cannot master all disciplines, so collaborations and partnerships become increasingly important. Finally, we will continue our collaborations with LEGO fans who want to start their own business around LEGO bricks. One of the best examples for this is LEGO architecture, the project that was developed in a partnership with Adam Reed Tucker.

What are the organisational challenges related to Open Innovation at The LEGO Group?

As over the last seven years the company has tripled its turnover. This is a result not only of radical changes in the way we do business, but also of new innovation processes. We of course want to continue on that positive trajectory in the future. In order to achieve it, we are constantly ameliorating core processes and core capabilities concerning our innovation processes. As one example of this we try to develop a more systematic approach to Open Innovation. We will develop the LEGO way of Open Innovation by investigating various best practices that would enable a more open world of innovation for us, and by running pilot projects and small Open Innovation experiments.

The illustration of the article are licensed under Creative Commons. The Lego is available here and Lego Architecture here.