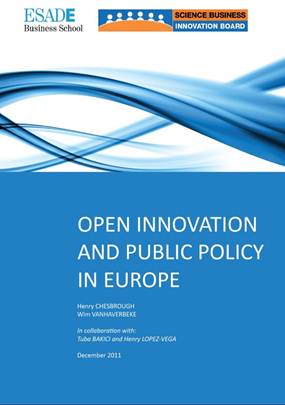 Abstract of the report

Industrial innovation processes are becoming more open. The large, vertically integrated R&D laboratory systems of the 20th century are giving way to more vertically disintegrated networks of innovation that connect numerous companies into ecosystems. Since innovation policy ultimately rests on the activities and initiatives of the private sector, it is vital that policy follows this evolution.

(abstract copied from the original report)

The report can be downloaded here or here.